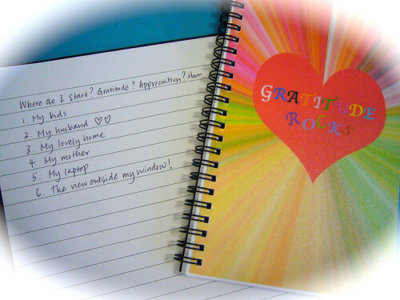 ‘Gratitude’ has been a popular catch phrase for some time now. But does paying attention to and being thankful for the good things in your life really work to improve your moods? And if so, how?

What is gratitude, really?

A dictionary definition would place gratitude as being thankful for what you are given, implying a sort of reciprocity. Positive psychology (the branch of psychology interested in how people can lead meaningful, happier lives) has in the last decade of studies on the subject leant the term more meaning.

Instead of being a social reaction, gratitude is seen as a state of being, where you exist in appreciation for what you find valuable in life. And increasingly it is seen as a pattern of attention, where you make a conscious choice to focus on what is working over what isn’t.

The proven benefits of practicing gratitude

Gratitude has certainly grabbed the spotlight in the last decade. It’s excited the attentions of psychologists and researchers enough that the esteemed University of Berkeley, California even launched a three-year project on ‘Expanding the Science and Practise of Gratitude’ to the tune of a cool $5.6 million.

In some ways, one would think the effects of gratitude hardly need a study. Gratitude obviously refocuses your attention so you notice good things around you in the first place. Noticing good things would logically feel better then just noticing what is wrong or lacking in your life. And at the end of the day, it’s impossible to feel contrasting emotions at the same time. If you manage to get yourself to feel grateful, it would be difficult to also feel miserable in that same moment.

So has the research into practicing gratitude found anything further about possible benefits?

It would be unfair not to mention the top researchers in the field of gratitude. Seen as pioneers are Dr. Robert A. Emmons of the University of California and Dr. Michael E. McCullough of the University of Miami. Their seminal study on gratitude had one group of subjects journalling daily on things they were grateful for, and another group writing about things that annoyed them, with a third group writing about events that had affected them either positively or negatively.

Ten weeks later, the group that wrote about gratitude felt the happiest and had the best outlook on their lives. They showed higher energy levels and seemed more interested in exercise, too, and a reduction in physical ailments and trips to the doctor.

Another well respected researcher when it comes to gratitude is Dr. Martin E. P. Seligman, a psychologist at the University of Pennsylvania. Working with 411 subjects, he had them write about different things. His findings?

When the subjects were asked to write and then deliver a letter thanking someone for their kindness, they exhibited a very marked increase in happiness levels, greater then any ‘positivity tool’ Dr. Seligman had tested. And the raise in happiness was seen to last for up to a month. 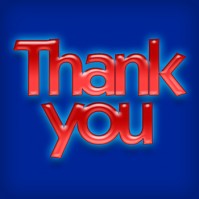 While that study implies that practicing gratitude lowers depression, another study, this time in China, more directly approached this idea. It looked at the connection between gratitude levels, sleep, anxiety and depression. While gratitude did not directly affect anxiety, it did increase the quality of sleep participants experienced, and a good night’ s sleep did lower anxiety levels. On a better note, gratitude was said to decrease depression levels regardless of whether participants slept well or not.

And not only will practicing gratitude leave you well rested, you’ll be nicer, apparently. A study done at Northeastern University arranged for certain student’s computers to be secretly sabotaged, then arranged for some of these students suffering broken to computers to be offered help by another student. It turns out that those who were offered help were then more likely to in the near future offer to help a stranger with an unrelated task.

So gratitude not only makes us nicer, it has a chain reaction – we can pass the effect on.

As for relationships, Dr. John Gottman of the University of Washington, a researcher with a focus on marriages for over two decades, claims he can predict after only three minutes if a marriage will last or not – and it’s all about gratitude. For every put down or negative towards your partner Dr. Gottman claims there needs to be five positive ones, including shows of gratitude. In other words, gratitude keeps people together.

You’ll be more empathic and forgiving to those you love, too. Students in a study at the University of Kentucky were found less likely to retaliate against another student after having an essay they had written harshly criticised when the topic they’d been asked to write about was what they are grateful for.

Do physiological studies confirm these findings?

It appears so. A study done by the National Institute of Health (NIH) examined the flow of blood in the brain when participants were feeling grateful. It was found that higher gratitude led to more activity in the hypothalamus, an area that is connected to sleeping, your metabolism, and stress levels, amongst other things, which shows gratitude might indeed positively affect your sleep, your eating habits, and your anxiety levels. 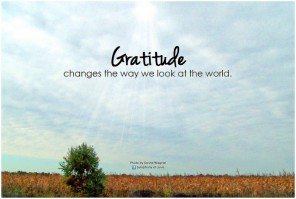 It was also found that practicing gratitude affected areas of the brain linked to the neurotransmitter dopamine, the brain’s primary ‘reward’ chemical.

Dopamine is called the reward chemical, not because it’s released when you have done something that deserves a reward, but because when it is released the brain itself feels rewarded and will want to repeat the action that triggered the dopamine. This confirms that gratitude would, indeed, trigger a ‘chain reaction’ where you want to do more things related to gratitude.

Brain aside, another organ that seems influenced by gratitude is the heart. The Institute of Heart Math, a non-profit organisation studying ‘heart intelligence’, has shown the connection between emotional states and heart rates, with gratitude and appreciation throwing heart-rate patterns into a smooth waved rhythm as opposed to the erratic beats of negative thoughts.

Summary of the benefits of practicing gratitude

In conclusion, studies show a commitment to gratitude can be seen as leading to:

Should you teach gratitude to your children?

Gratitude is undoubtedly a great skill to learn, one that trains the mind to focus on what is working instead of only what isn’t. But don’t expect any instant results from teaching the skill to your children, especially your teenagers.

A study at the University of Jammu in India (Sood, Gupta) on over 400 Indian students aged 16-19 showed no discernable relation between gratitude and well-being. It seems that gratitude might be something that comes with the perpsective that only life experience brings.

Another study at Hofstra University in New York ( Ozimkowski) that had children pay a ‘gratitude visit’ to someone who had helped them also showed no resulting change in mood. It did show, however, that combined with other positive psychology tools gratitude helped children to have a better sense of life satisfaction. So perhaps the secret is to teach your children this valuable tool but take a long term view on its effects.

A ‘positive psychology strategy’ like gratitude can help lift the moods of those with mild depression, as proven above. 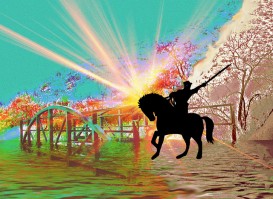 That’s not to say it’s an ‘instead of’ strategy, and you should quit the therapy you are doing.

Gratitude is perhaps best seen as something that might increase the efficacy of therapy, or help lower your chance of another bout of depression.

If you suffer severe depression, are in danger of hurting yourself, gratitude is no replacement for the help of a health professional.

Have you benefitted from the use of gratitude? Tell us about it in the comments box below, we’d love to hear!