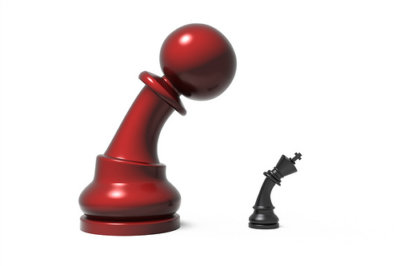 When Susan* began working at her new job, it wasn’t long before she realised that something wasn’t right between her and her manager.

What began as feeling a bit picked on began to become a constant source of stress for her, until she knew it wasn’t in her head anymore. It turns out that Susan was the victim of a growing problem for many – bullying in the workplace. This is her story of how it happened and how she got through it, which she has chosen to share to educate others who might be suffering similar.

“I was the victim of a workplace bully”

“I had been over the moon to finally get offered a job I really wanted, as a PR and communications assistant for an environmental company. But I had only been in my my job for a few months when I realised that my line manager was becoming gradually more hostile towards me.

She started nitpicking every piece of work I did, sometimes requesting that I start large tasks again from scratch. I remember the first time, when I wrote an article and she gave it back with two small mistakes circled and a note ‘check grammar’, but not a jot of other positive or constructive feedback. I thought she must have been rushed that day, but that was generally the way it kept going. I rarely had any support or feedback from her unless she felt I’d made a mistake.

Whenever I tried to raise any ideas of my own, she would treat me in a condescending manner and refuse to take me seriously. I also started to be moved off tasks which fit my skill set to menial jobs which no one else wanted to do. Suddenly I was no longer writing press releases but doing data entry! When I tried to request that there be more time for me to focus on my strengths, I was told that it wasn’t her priority.

It got worse. She repeatedly accused me of not doing what was asked of me or of making mistakes that I hadn’t made. Even when I knew I could prove her wrong, it felt petty to have to go to such lengths to do this. And then she would do things almost as if she wanted to find ways to see me fail. She’d ask me to answer all calls for the entire office right when I was working on an assignment, and when that predictably meant the article wasn’t written by the end of the day, she’d make out I hadn’t been working hard enough!

It all conspired to make me feel really miserable and suddenly the job I had always wanted turned into me dreading going to work every morning.

I felt confused as to why my manager rarely seemed to have any faith in me. Over time I lost all confidence in my ability to do anything properly; she made me feel like I was actually as useless as she was treating me.

“I tried to figure out why my manager was bullying me” 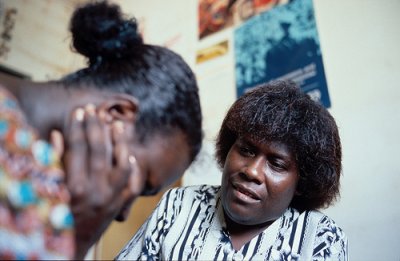 By: Department of Foreign Affairs and Trade

I think she sometimes saw me as being a bit of a threat. She was particularly hostile towards me whenever I appeared to know more about something than she did. Once, when she was stuck trying to help one of my colleagues with a task, I politely offered a solution. It turned out to be correct, but I didn’t receive any thanks. She looked absolutely furious and wouldn’t speak to me for the rest of the day.

“The bullying began to affect my health and my social life”

As well as dealing with the emotional side of being bullied, there were growing physical symptoms. I was beginning to suffer with tiredness, often feeling so fatigued that I would need to go to bed as soon as I got home from work. I experienced headaches and nausea, sometimes to the point where I would throw up from feeling dizzy. It was a long time before I connected the frequency of these feelings to the things I was experiencing at work.

As for my social life, I stopped wanting to do things I used to enjoy, like going out with my friends and exercising. It was like all my confidence was gone and I was tired, so I just wanted to stay at home. My partner certainly noticed that I wasn’t well. I talked to him a lot, he was really my rock.

The truth is, I felt like I couldn’t tell my friends or family what was happening. I had spent so long trying to build up a career from almost nothing (graduating during the recession meant there were hardly any opportunities for me) and they had been so proud when I got the job, that I felt ashamed to admit that it was going so badly.

My partner began urging me to leave after I had been there for a year but I didn’t think we could afford it. It didn’t help that I started to apply for other jobs and didn’t get anything, so felt even worse. Of course now, looking back, I can see it is just the way the job market was at the time, but back then I was sure there was something wrong with me.

“Eventually I started to think I was going crazy…”

It began to get to the point where I felt like I was going crazy. I knew that my manager had a problem with me but all of her behaviour was subtle enough not to be noticed by other members of staff. We worked in a very small team and (outwardly, at least) everyone seemed to get on very well. I felt under pressure not to ‘rock the boat’ and felt that no one would believe me if I told the truth. I hoped that if I could only keep working as hard as I could, she would stop treating me so badly.

I would get angry, but the anger couldn’t go anywhere, so it just translated into more negative thoughts about myself. I was swinging between feeling like everything was all my fault then feeling furious.

When I went to see a counsellor, it was such a relief. I can’t tell you what a big help it was to have someone listen once a week and provide me with support when I decided to leave. 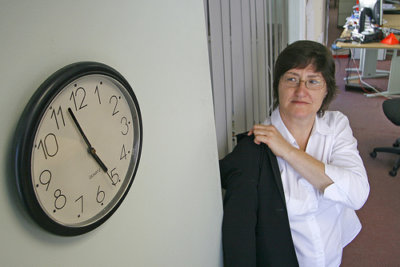 “I had to decide whether to stay or go”

Things didn’t improve and I finally decided my only option was to leave. The final straw came when I accidentally saw some emails between my manager and other members of staff, including the director of the company. I say accidentally, but it was more on a quick instinct. Basically, I was looking in my colleague’s email account for some information for a piece. We had each other’s passwords and often looked in each others account if we needed to see some correspondence. But something in me told me to search for my name.

I felt sick to read emails that contained personal judgements about my behaviour and attitude and gave an entirely negative impression of who I was. My manager had even accused me of lying about a dispute over holiday pay, copying in everyone on staff, can you imagine?! I realised that she had been sending these messages behind my back for some time and that everyone in the office, including some new members of staff, had had their opinions shaped by them.

It was seriously shocking, as for so long I had veered between thinking it was really going on and then thinking maybe it was in my head. But there is was, my proof. I couldn’t really admit to having seen the emails so I snuck off and called my partner for support.

I decided it was too late for me to try and undo the damage so I quit the very next day. I wrote a short letter, printed it off, and bought it the office. My manager was actually surprised. I didn’t bother to tell her why I was leaving, and a part of me thinks she was so much in denial about her behaviour she might have actually been surprised.

“Did I make the right decision?”

It wasn’t fair that I had to leave my job, and I know for many others they seek legal help, but I know that for me, I made the right decision. I guess I also didn’t look into the legal side because really, would I be able to say anything illegal happened? I just worked for a small team that had a not very nice manager who happened to single me out. Maybe because I was the most recent hired and the lowest paid, the last in the pecking order. Or because she needed someone to shift the spotlight away from her own mistakes and I was the most amenable.

What mattered was that I needed to protect my health and to seek a more rewarding job somewhere else. I feel relieved not to be working there anymore and I’m starting to regain my confidence and self-esteem through writing and voluntary work. I don’t regret leaving – unfortunately, the odds were stacked against me. I’m now trying to look forward to a role where my hard work will be valued.

My biggest regret is not that I didn’t tell off my manager when I quit, but that I didn’t know about workplace bullying sooner, and the insidious way it can operate. If I had of known, I would have felt less alone. Maybe I could have even presented my thoughts to my manager and tried to resolve something. That’s why I’m sharing my story, in the hopes others read it and it helps them make a bad workplace situation better.”

Are YOU a victim of bullying in the workplace?