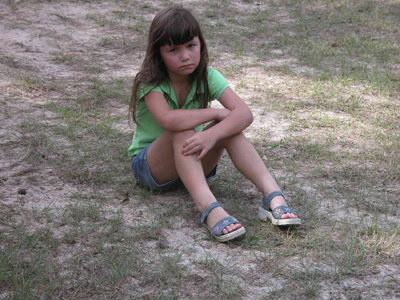 It was once thought that children suffered less than adults from PTSD due to a natural ‘resilience’.

But it is now recognised that children are very vulnerable to PTSD, and new methods of diagnosis mean that more children are receiving the support they need.

There is no recent survey in England that offers statistics on how many children suffer from PTSD. But studies in America now show that almost 60% of children who survive disasters develop PTSD. Others studies found that up to 43% of children experience a trauma, and that up to 15% of that group will then go on to develop PTSD.

[for a comprehensive general overview of PTSD, see our Guide to PTSD].

What sorts of trauma leaves a child with PTSD?

Like adults, children can develop PTSD from any trauma that meant they were either hurt, or witnessed someone else being hurt or even killed. This can include: 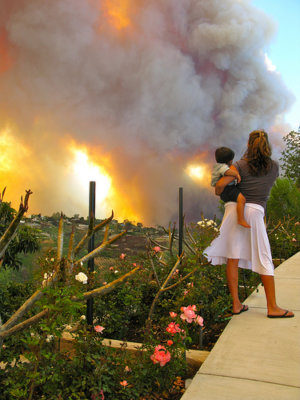 A common cause of PTSD in children is being taken to an emergency department for a traumatic injury. It’s thought that in the UK up to 30% of kids who end up being treated in emergency go on to develop PTSD.

PTSD doesn’t develop from normal childhood stressors, such as failing an exam or watching parents divorce. Such situations would instead cause anxiety and depression.

If, however, such an event does seem to have triggered signs of PTSD in your child, don’t overlook it. PTSD doesn’t always develop immediately following a trauma but can develop up to six months later. It is possible that your child has been the victim of a previous trauma like an extreme bullying episode and the most recent stressful event has triggered their symptoms.

What are the signs my child has PTSD?

Re experiencing – in children this tends to manifest as nightmares or playing out the scenario. Might result in unexplained physical symptoms like headaches and stomachaches.

Avoidance – not wanting to go to certain places, see people, or do things that remind them of what happened.

Numbing – Lack of interest in things they used to like, drop in appetite, a need to self soothe such as thumb suck.

[For a more extensive list of symptoms, please see our comprehensive Guide to PTSD and ASD.]

Because children can try to not show symptoms, it’s important to keep a very careful watch. Children under eight especially are less likely to talk about remembering the event or being in any way haunted by it, the most common give away is if they complain of not being able to sleep.

It’s also important to know the symptoms that are not regular in adults but do manifest in children. These can include:

How does a child react to trauma? 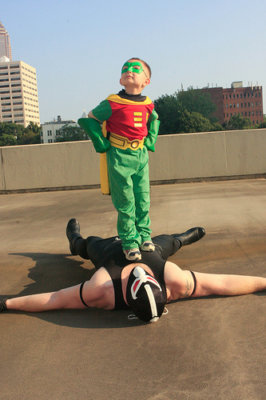 It can be sobering and helpful when trying to understand your child’s reaction to trauma to think of how differently children experience extremely stressful events to adults.

They are not physically capable of helping themselves or others in the way an adult can. It’s often their first experience of an accident or disaster, and they lack reference points to understand what they or seeing.

Without an understanding the what and why of the tragedy they have experienced, they just know the terror of it. And if one of their caregivers or parents is hurt, injured, or dies as a result of the trauma, they can feel as if their own life is over.

School aged children can also have an imaginary sense of their own abilities, such as a fantasy they are a super hero or have magical powers. When they find themselves helpless in the face of trauma they can then feel responsible, or suffer severe guilt they could not make their super powers work to help others or save the day.

Your reaction affects your child’s reaction

It is now understood that if children experience a trauma with a parent or guardian, they suffer additional stress from seeing their caregivers also struggle to process what has taken place.

Children therefore often hide their symptoms or underplay them out of a desire to not stress out their parent further.

They will also potentially mimic a parent’s style of coping, so pretending you are fine if you aren’t might leave your child feeling they must do the same thing.

How is PTSD diagnosed in children?

It’s important to note that everyone is affected by trauma and will experience some distress, anxiety, and confusing thoughts afterwards.

If the anxiety caused by the trauma worsens or completely overwhelms your child, but it has only been a few weeks since the event, they might be suffering from acute stress disorder (ASD). Also called “acute stress reaction”, it shares symptoms with PTSD.

Your GP will advise ‘watchful waiting’, which means keeping an eye on the symptoms for the first month after the trauma. When diagnosed ASD symptoms go on longer than four weeks, then it becomes a diagnosis of PTSD.

In the past diagnosis often relied on just reports of their child’s behaviour from the parents, but this resulted in children who were suffering from PTSD sometimes not being diagnosed. This is why it is now advised by the National Institute for Health and Care Excellence (NICE) that children who have been present for a trauma be asked privately and directly about their experience.

And whereas in the past children were asked similar standardised questions about PTSD as adults, nowadays your child will be asked questions that are at their cognitive level and that they can find answers for.

Another type of post-traumatic stress altogether? 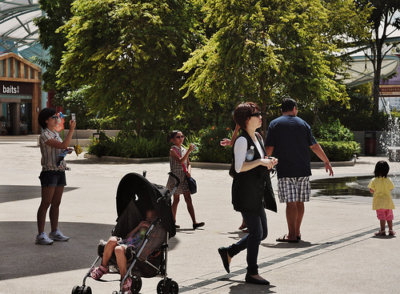 While not being a one-off traumatic event like an accident, things like ongoing neglect or maltreatment, or consistently being the witness to domestic abuse, take a serious toll on children. It can also be a severe trauma for a child if their bond with their primary caregiver is constantly interrupted – for example, if a child is put into foster care several times during their developmental years.

Such chronic trauma can lead to different symptoms, which means it is often not diagnosed as PTSD. Instead, no official diagnosis is yet recognised and terms such as ‘developmental trauma disorder‘ or ‘post traumatic stress reactions‘ are used.

Symptoms that are different to PTSD that can occur from ongoing trauma can include:

What sort of treatment might your child be offered if they have PTSD?

In the UK, a child or adolescent with PTSD will be offered a kind of cognitive behavioural therapy (CBT) that is designed to help those who have suffered a difficult experience.

Trauma-based CBT is adapted to match your child’s needs, so that it is age appropriate and understandable to them. It is evidence based – in other words, CBT has been found in studies to help children with PTSD.

Trauma-based CBT therapy will hep your child talk about the trauma they have experienced, and the memories, thoughts, and feelings they have around it. They will be helped to feel in charge of these thoughts and feelings instead of feeling overwhelmed by them, and will be have support exploring other, more realistic and helpful ways of seeing what they have been through.

It’s important that if you suspect your child might be suffering PTSD you do help them find support. PTSD has been found to respond to treatment well. But left untreated, it can have serious consequences, even more so for children because they are still developing both cognitively and emotionally.

Studies indicate that PTSD left untreated might affect the brain as well as the cognitive development of your child. The hippocamus in particular seems to be affected by trauma, a region of the brain involved with emotions, new learning, and memories.

Emotionally, trauma can stop a child from being a child and have them acting older than their years, or have them suffering extreme shame or anger. The sooner your child receives help, the higher the chance he can have a normal childhood and a better future.

It goes without saying if you experienced a traumatic event alongside your child it’s important you monitor yourself for PTSD too, and seek help as appropriate.

Even if you did not personally experience trauma, don’t overlook the strain that having a child diagnosed with PTSD can bring. Parents can be left suffering terrible guilt if their child has been the victim of abuse or severe bullying, or if their child was in an accident of some sort and they weren’t there. Thinking can become irrational and full of self-blame, such as ‘why wasn’t I there’, ‘I should never have left him with someone else’, or ‘it’s my fault for not noticing it wasn’t a safe environment sooner’.

Remember, you can help your child more if you also help yourself. Check with your council or local branch of the Mind Charity for support groups and available help in your area, talk to your GP who can refer you to support, or consider hiring a counsellor or therapist. Family therapy is also another option that can be helpful if your child is older.

Still have questions about your child and PTSD? Ask below, we are happy to help.