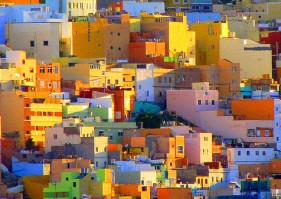 Depression is a condition which can be triggered by a myriad of factors, including childhood trauma, major life changes like breakups and redundancy, and low self-esteem.

And a new factor has just been earmarked by two studies as something else to consider if you think your depression has struck out of nowhere – location.

Where you live might be causing you up to a week’s worth more of depression a month than those in other communities, if an American study funded by the U.S. Department of Agriculture is anything to go by.

More precisely, those in areas of America with high amounts of depression saw sufferers feeling bad for on average 8.3 days a month, whereas other regions only saw residents reporting low moods for an average of just under half a day a month. If you extrapolate those numbers, you have one person suffering low moods almost 100 days a year compared to someone else’s twelve days – it’s a compelling difference.

(Not sure if your facts about depression or correct, or want to know more on the signs and symptoms and what you can do if you suffer? Try reading our comprehensive guide to depression).

The research, headed up by Penn State University economics professor and director for Rural Development in the Northeast Stephan Goetz, also highlighted that the economic cost of high rates of depression in a region is lowered productivity. Hardly surprising, given that one of depression’s hallmarks is a decreased ability to function.

“This is a real concern not just in the United States, but across the world,” said Professor Goetz. 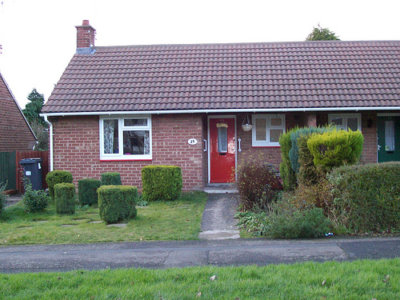 And what were these regions reporting low levels of ‘negative mental health days’? The suburbs, for starters. The study found that out of rural, suburban, and city dwellers, it was the suburbanites who came on top when it comes to moods.

But how could movies like “American Beauty” have is so wrong? Aren’t the suburbs populated by bored housewives and teenagers on antidepressants? Cliches aside, there is, of course, depression through all sectors of society, and rushing to buy a bungalow with a driveway is not the solution to long-term depression.

The conclusions were also only drawn from collated information, which has its limitations. The researchers looked at six years worth of information gathered from census data, a large scale telephone survey, and statistics from the Economic Research Service of the U.S. Department of Agriculture.

And at the end of the day, the study is based on reported low mood days, not accounting for the fact that sadly, many people still don’t report their depression for fear of the stigma it can bring. Given the infamous ‘keeping up with the Joneses’ syndrome of the suburbs, it could also be that suburbanites are less likely to report depression.

Although there are some valid guesses one could make as to why those living in suburban regions might report less days feeling low. The suburbs are mostly populated by middle-class families without the mental stress of poverty, as opposed to the lower income families found in inner city communities and rural areas. Goetz’s study does indeed also point out that poverty is a far greater problem when it comes to mental health then the income equality that has been getting publicity.

The suburbs also tend to be freer of one of the main side effects of poverty, too – crime. Does crime really cause depression for those who live near it? It seems so. 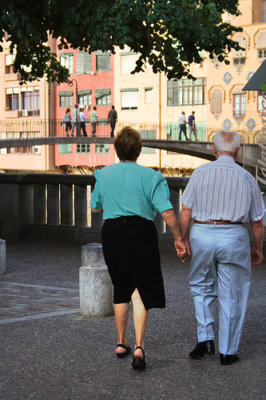 A second unrelated recent study at the University of Illinois looked at the connection between signs of depression in older Latino adults and the quality of the neighbourhoods they lived in. It found that those who felt the area they lived in was safe enough to walk around were less likely to have their mild depression turn into severe depression.

Perhaps the most valid conclusion that Goetz’ study made is around an ingredient that is not unique to the suburbs, city, or countryside, or dependent of an area’s wealth. Goetz and his team found that some of the happiest people were those who lived in a place where one felt strong social connections to others and a real sense of community.

People in such tight-knit communities reported feeling they had a network of support if life became stressful. “The more supported you are by the community, the happier you are, and the better you are able to cope with troubles,” said researcher Goetz, echoing what positive psychologists have been saying for over a decade.

Just make sure if you do find your perfect location surrounded by supportive community, it isn’t too far away from your workplace. Another conclusion of the study was that people stuck with a long daily commute reported a significantly higher amount of poor mental health days, no matter if they lived in the city, country, or a suburb.

What do you think? Are surburbanites really happier? Have you moved regions and found it helped your moods? Share your story below.