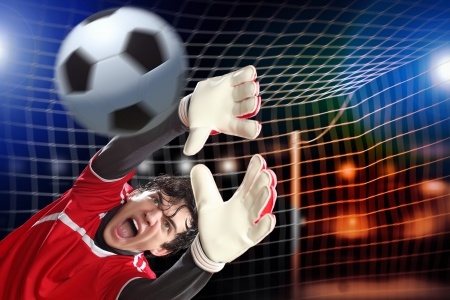 Gianluigi Buffon, the thirty-five year old goalkeeper who plays his club football for Juventus, this week equals the record number of international caps for an Italian player – further confirmation that the 2006 World Cup-winner is not just one of the greats of Italian football but also of the world game.

But it is not so long ago that “Gigi”, his legs shaking uncontrollably, could barely lever his body out of bed to make the short journey to the Juventus training ground. Dissatisfied with life, dissatisfied with work, the future Italian captain was crippled by doubt and a “slave to his own image” as his “sunny and optimistic disposition” (his own words) crumbled under a debilitating depression.

A couple of years after his recovery, Buffon reflected on his experience of depression, likening it – as is so often the case – to a “huge black hole”:

They were terrible moments. You completely lose your sense of self, and nothing is rational. The fact is that when you suffer from depression, you shouldn’t be afraid to ask for help and to speak to people who are close to you.

And that’s exactly what Gianluigi did next: he sought help from a trained psychologist. Guardian journalist Marcus Christenson quotes Buffon as saying:

Going to see a psychologist… that helped me enormously. But it was something I had had to revaluate. I thought psychologists were people who rob, figuratively of course, money from the insecure. But they are not. They are people who are there to help you and if you find a good psychologist, they will allow you to talk about everything and open up, without the slightest of fears, and that is no easy thing.

It’s always encouraging to hear of well-known figures speaking up about their experiences with psychological struggles. Quotes such as these help to cast mental health in the public eye and demonstrate that seeking help is a sign of strength.