Sex is increasingly touted as the great mood cure-all. It’s said to release the hormone oxytocin as well as endorphins, meaning we sleep better, feel calmer, and approach life more positively. So basically, sex is guaranteed to make us feel great every time, right?

The truth is that some forms of sex can actually cause low moods instead of happiness. The myth that all sex makes us feel good can actually be dangerous. It means that those who do feel depressed after sex might be afraid to speak up or seek support. And it can lead to you feeling you ‘should’ have sex and not checking in with your true feelings at the time, which is actually one of the ways sexual encounters can leave you depressed.

10 Types of Sex That Can Cause Low Moods and Stress

1. Sex when deep down you don’t actually feel like it.

Many of us are dishonest with ourselves on the sex front. It could be that you are codependent, so caught up in pleasing your partner you have lost track of what you really want. It could be that you feel you ‘should’ want sex because you are married or love your partner, so ignore your fatigue or moods and say yes when deep down you want to sleep or get work done. Or that you are afraid to voice when you do want to get physical so are stuck going with your partner’s whims over your own.

Or maybe you are just not admitting to yourself that the person you love spending time is just not sexually interesting to you, but are trying to convince yourself you should be more than friends as it works on paper.

If you often find you feel a bit down directly after a sexual encounter, or even in the day following one, ask yourself next time, is this experience what I really want right now? Check in with yourself. Does the idea of having sex make you feel excited and good? Or do you feel tense in your stomach and shoulders, and a feeling of dread? What is the worse thing that could happen if you said, no, not now?

2. Sex that doesn’t satisfy you.

There are two sides to this one – there is sex where it isn’t enough, and there is sex where it is actually too much. Both can lead to feeling low after. Sex that isn’t enough to leave you feeling fulfilled, either due to an issue on your partner’s side, lack of communication, or just a mismatch in sexual preferences, can lead to a buildup of frustration and confusion. And if you are instead being pushed too far by a partner, doing things that deep down you aren’t comfortable with or just don’t find pleasurable, this can lead to resentment and low self-esteem.

It’s important to talk and not let things go on. If it’s too hard to communicate without fighting or hurting each other, do consider a couples therapist or sex therapist, who isn’t there to take sides but simply to help you communicate effectively and find resolution. 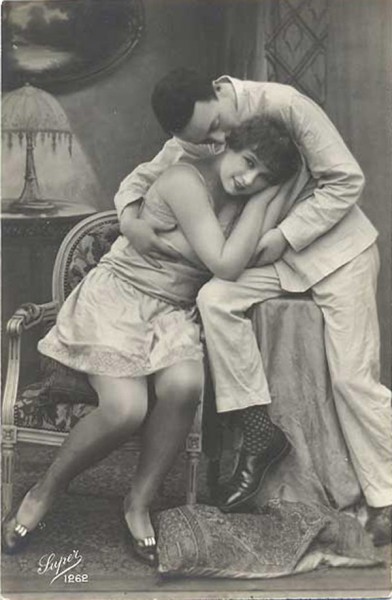 ‘Make up sex’ happens now and then, and has its purpose. But if sex has become something you habitually do with your partner instead of resolving conflict, communicating, and connecting, it’s likely it will eventually leave you feeling down instead of loved and will lead to you feeling depressed after sex. Consistently pushing aside how you feel results in a buildup of negative emotions and thoughts and is just not a viable long-term tactic.

If sex is hurting you and you are ignoring that it’s causing you pain out of fear of what it is, or a belief that it ‘must be in your head’, then unsurprisingly sex can leave you feeling low every time.

If sex hurts it is important to look into it. Pain during sex can be caused by an infection, menopause, fibroids, irritable bowel syndrome (IBS), or, in men, prostatitis. Leaving it will only make things worse.

And even if it is ‘just in your head’, that doesn’t mean it’s not a serious issue and that you don’t deserve attention and help to fix it. If you are suffering an emotional or psychological problem that is leading to you feeling pain, it is just as valid as a physical issue, and a counsellor or sex therapist can help.

5. Sex in an open relationship.

The idea of an ‘open relationship’ can sound exciting. But without very clear communication and boundaries open relationships can lead to confusion, hurt, and sex that leaves you feeling jealous or used. It’s important to know how to make an open relationship work before jumping in, and to not feel you have to say yes to one if your partner asks but it isn’t actually what you want. If you are going to try one, learn how to keep an open relationship healthy.

A study by researchers at California State University surveyed almost 4,000 heterosexual college students about their moods and sexual habits, and claimed a link between casual sex and higher levels of depression and anxiety in both men and women.

Of course the study looked at people from only one age bracket, and didn’t look at what else was a stressor in their lives, so the results could be argued. At the same time, given how many of us have low levels of self-esteem and confidence, it’s quite logical that casual sex would be more likely to cause a low mood than a high mood. Casual sex doesn’t create an atmosphere of trust or safety but one where we are judged on looks and performance, and if it’s an act of secrecy it can also leave us feeling guilty and ashamed.

A more recent study at Cornell University in America found that in a study group the ones who felt better from casual sex were, rather stereotypically, narcissistic men.

While it’s true that sometimes loving sex when depressed can lead to a mood boost, it’s certainly not always the case. If your depression is at all related to self-esteem, confidence, or childhood abuse, sex can leave you feeling worse, triggering old negative belief patterns. And if your depression is related to fear of rejection, and you are sexually engaging with someone you don’t feel secure with, you can definitely be left feeling unstable after. 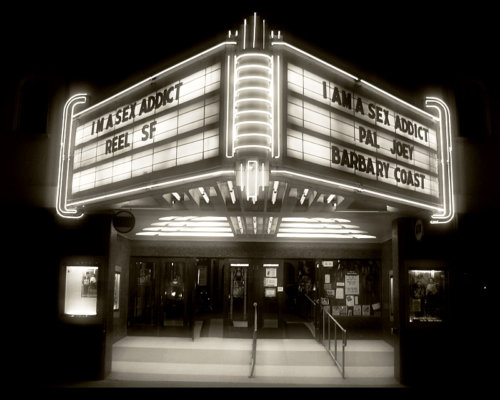 Addictions exist because of the high they offer. But as the saying goes, what comes up must come down. And sex addiction is no different. If you are using sex as a distraction from reality or to numb out emotional pain, even though you might get a bigger ‘rush’ from sex than most people you will also, inevitably, hit depression soon after.

Pornography is increasingly a form of addictive sex, and it’s your brain itself that is getting hooked. Dr. Norman Doidge, in his popular book The Brain That Changes Itself, talks about how pornography is highly addictive because looking at it triggers pleasure chemicals in the brain. As modern pornography now tends to be much ‘harder’ than it used to be, it triggers an even stronger chemical reaction that can mean your brain develops an addictive pattern quickly even if you just began looking out of natural curiosity.

While it is true that people seeking sex online are likely to already be seeking a stress relief or feeling low and/or lonely and looking for distraction, the study also found that the more the study group engaged in online sex, the higher their level of stress and anxiety was.

10. Sex if you suffer “Postcoital Dysphoria”

There is a body of research slowly forming around the idea that some people are just biologically wired to have negative emotions after sex, including feeling melancholy, irritable, and anxious. It’s called ‘Postcoital Dysphoria’ (PCD).

Even taking into account the effects of childhood sexual abuse, it seems that in some cases psychology alone cannot explain why some people feel intensely depressed after sex. New York psychiatrist Dr. Richard A. Friedman did an experiment after finding several of his patients had no psychological reason for heavy depression after sex and suspecting it was possibly neurobiological. He gave the patients Prozac, and the depression faded. That’s not to say that medication is the answer, though, as it also left the subjects enjoying sex far less.

If you worry you might be biologically wired to be sad after sex, it’s highly advisable you seek professional help.

Sex is still a territory where there is a lot of research to be done, especially when it comes to how it affects our emotions and our minds. In fact despite research that sex makes us feel good, other research shows that orgasms can cause a desensitisation of the ‘reward circuitry’ of the brain for several days in some cases, until the brain recovers. Dopamine receptors decline as well, which might affect our sense of wellbeing.

The best thing when it comes to sex is to listen to yourself. Don’t let someone else talk you out of how you feel or what you want. And if you are consistently experiencing low moods after sex or worry something is wrong, don’t be afraid to seek help. A good counsellor or therapist who specialises in sexual issues will be able to put you at ease and create a safe, non judgemental environment where you can work through what you are dealing with.

Did you enjoy this article? We’d love it if you shared it. Harley Therapy is committed to making psychological wellbeing something we can all talk about, and we appreciate your help spreading the word. 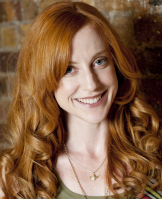 Andrea Blundell is the commissioning editor and main writer for Harley Therapy counselling blog as well as a college dropout from a degree in counselling. She has worked as a writer for over 12 years, writing for publications like the Daily Mail, Psychologies, and Top Sante.

8 Responses to “Depressed After Sex? It’s More Common Than You Think”