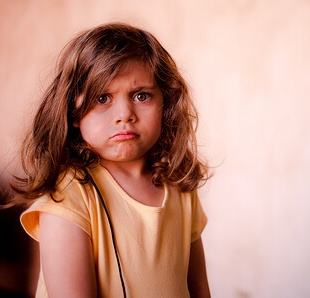 Anger can be perplexing enough in your partner or family member. But what about your child? What can you do if you have an angry kid? And what are the possible reasons he or she became so angry in the first place?

Why is my child so angry?

We all have an inbuilt primal response of self protection. For adults, this is the ‘fight or flight’ response. Children, on the other hand, cry to ensure protection (it gains the attention of their caregiver). But if the child feels excessively threatened, or is an older child, this crying might instead become tantrums.

Anger in children can also be a stress response to inconsistent parenting. If parenting style varies too much, a child is left uncertain of how they will be treated in a given situation, and the stress this causes can result in bad moods.

Lack of ‘attachment’ is another factor that leads to an agitated child. Development psychologists Ainsworth and Bell famously did research which involved separating children under two years old from their carers for a short time. Different responses were found in the children, depending mostly on how the child had experienced caregiving up until that point. About 12% of infants became over agitated when they were separated, and remained angry when the carer returned. Without a solid and safe bond with a caregiver from infancy, these children did not trust things would be okay.

Don’t overlook everyday struggles as a source of your child’s anger. If your child is only showing anger in a certain environment, such as school, it could be a social or academic struggle that is frustrating them and triggering negative responses. Or it could be your child is being bullied.

Anger in children could be something they learned from you. If you notice that you lose your temper with your children often, then you are doing what is called ‘modelling’ by psychologists – giving your child something to learn by imitation.

Is it just anger – or the sign of another psychological issue or disorder? 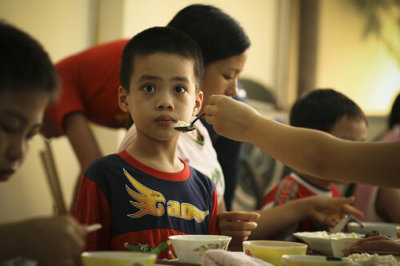 Sometimes anger isn’t the issue, but the symptom. Autism and Asperger’s, for example, both can manifest as anger issues. They leave a child frustrated that nobody understands them.

Anger can also be a sign that your child has dealt with a trauma such as abuse or, again, bullying.

Note that anger isn’t always a bad sign in children. It can also be a normal part of dealing with a life change. This could be moving house, parents who have recently divorced, or a bereavement. If your child is angry about things changing, take the time to listen to how they feel, and make sure questions about their new situation are fully addressed.

If, however, your child can’t seem to get past their anger over a recent life change, it might be that anxiety or depression has been triggered in your child.

If you are worried that your child might be suffering a disorder, psychological challenge, or trauma, a child psychologist can give you a clearer diagnosis.

When managing anger in your kids, think to the following:

Giving your child (and yourself!) an understanding of anger

Anger is part of our primitive reactions that once ensured survival. The perception of a threat causes the “fight or flight” system to trigger – a series of changes to the body’s physiology that were designed to help us fight the attack we were under or run from it. A flood of chemicals, including adrenaline, leave us with things such as a beating heart, sweating palms, and raised irritability. Useful when we had to face things like wild animals, but often unhelpful in the face of modern stressors.

In dealing with your angry child, it’s important that you understand that once they have had an anger surge and “lost it” it takes time for the chemicals to be “mopped up” and the physiology to return to normal.

It’s important to explain to your child how and why anger happens at a time when he or she is calm and happy, and not just after an outburst, or when they are agitated. So make a talk about anger something to do in advance of their next tantrum.

When explaining anger to your child:

Tactics for maintaining or regaining control 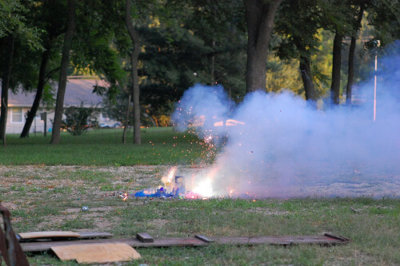 The “firework model” helps here. Explain to your child that when we light a firework, first, the fuse burns down – and then there is an explosion. This is like uncontrolled anger.

Ask your child if they have any ideas on how someone could stop the firework going off. They might suggest throwing the firework in cold water, or making a longer fuse.

It is important that the child is allowed to develop a strategy which works for them to delay anger, called “lengthening the fuse”. Of course you can help them if they can’t think of something. Lengthening the fuse might mean combatting the physiological reactions, removing themselves from a situation, or doing something that symbolises coolness. Some suggestions are:

These technique will not work overnight, so you need to reward attempts to change as well as half successes. With children, the behaviours that you notice and attend to are the ones you get more of.

Examining the effects of environment is also important here. Notice where your child remains calm. Does he never lose his temper at grandma’s? Then analyse what is different about that environment, and see where the learnings can be applied to less favoured locations. If grandma’s house is quieter, how can your house have less noise pollution? Does grandma listen more? Does her house have certain smells your child finds soothing?

If it’s school that has your child in a bad temper, try to see patterns. Is it certain lessons or teachers? A certain time of day? Work to develop your understanding so you can try to find helpful management tactics.

Further tips for the long-term

1. Help your child develop assertiveness skills so that he or she finds the world less threatening.

2. Work on your child’s self-esteem. Those with a sense of self-worth are less likely to be angry than those who are over confident. Praise, small and often, works. Make it concrete. “I noticed that you…..(took time to be nice to your brother, put in good effort at school, cleaned your room very nicely).”

3. Avoid comparing your child to others. This lowers, instead of raising, self-esteem.

5. When you need to “punish” do so consistently and for the minimum effective time possible. Allow children to earn back their status as quickly as possible and try and focus on what they are doing right rather than what they have done wrong.

Do you have a tactic for helping your child manage anger that we haven’t mentioned? Share it below.