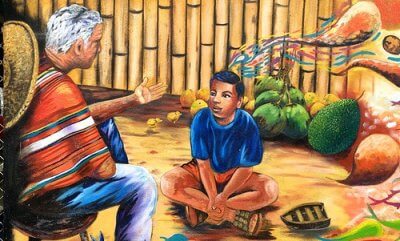 Does your child not seem to be progressing like his or her classmates? And you are wondering if it’s because of a learning difficulty? Or is it you yourself who is struggling?

What is a learning difficulty?

A learning difficulty is neurological. Your brain takes in and processes information differently.

The ways of learning that are prioritised in our modern world don’t match the way you yourself learn, and you end up struggling.

Learning difficulties don’t mean you have a low IQ. Most people with learning difficulties have normal or above normal IQ results and can do quite well in school, except for in one or two areas. They might be creative and good at comprehension, finding ways to get by despite their challenges.

Because of this, you can have learning difficulties and not even realise it, instead calling yourself ‘lazy’ or ‘different’.

[Exhausted by your parenting struggles? Feel like there is nobody who understands your frustrations? Consider talking to a Skype therapist who gets it, and provides the support you need.]

In America, what is seen as a ‘learning difficulty’ here in the UK, like, say, dyslexia, can still be called a ‘disability’ or an ‘intellectual disability’ instead.

Even in the UK you’ll find varying definitions. This is due to a growing understanding of learning challenges and to the politics around terminology. There is a move towards dropping the term ‘difficulty’ altogether in favour of ‘differences’, and many educational psychotherapists here use the term, ‘specific learning difference’, or ‘SpLD’.

But in general the difference between ‘disability’ and ‘difficulty’ is still seen as one of intellect and coping. If it’s a learning difficulty, you might struggle, but you can still cope and have an independent life. A learning disability affects intellect to the point you can’t manage independently but need support for your day-to-day life.

Do only children have learning difficulties?

Recognition and support for many learning disorders is modern, and for many just was not available when they were at school.

Were you seen as a ‘problem child’, or written off as ‘different’ because of a ‘high IQ’? If you  struggle with reading, writing, or maths as an adult, you might have an unrecognised learning difficulty and can still get tested.

Further signs of a learning difficulty

Further signs of an adult with a learning difficulty can include that you:

The different types of learning difficulties 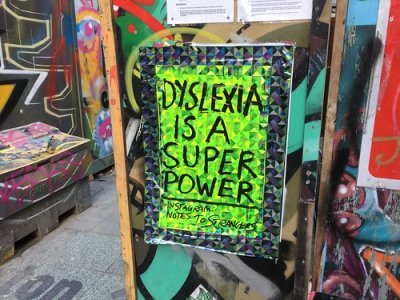 The most known learning difficulty, it’s also the most common. The UK’s Mental Health Foundation estimates it affects 10% of the population. It tends to run in families.

Dyslexia is not just about struggling with reading – it affects the speed at which you receive and store information.

So yes, you might find words jumble on a page and you reverse letters, but you might also be bad at directions, and not be good at ordering your ideas.

Note that dyslexia can be different for one person than another. For example, one person might find reading near impossible, but can memorise easily. Another might find they can guess their way through texts fairly well, but can’t remember well.

Do you struggle with maths, symbols,  dealing with money, or making sense of time and scheduling? Did you have a hard time learning how to read time on analog clocks? Sometimes grouped under dyslexia, dyscalculia is also called ‘number blindness’ as it means you struggle with anything to do with counting or quantities.

This learning difficulty affects the connection between language and motor skills. Sufferers find handwriting hard, might use odd spacing when they write, and might be poor spellers. Trying to think and write at the same time can cause overwhelm.

Looking for a learning difficulty that isn’t on the list above? The following are often lumped in as ‘learning difficulties’ but are actually, according to clinical definition, closely related developmental disorders.

It tends to comes hand-in-hand with dyslexia, as well as being connected to ADHD and Asperger’s syndrome. And because it can make educational activities a challenge it’s mistaken as a learning difficulty.

But dyspraxia is developmental disorder that affects muscle control – in fact its other name is ‘development co-ordination disorder’ or DCD.

Children with dyspraxia have poor coordination and spatial awareness, including poor hand-eye coordination and troubles discerning left and right. They can sometimes even struggle with speaking.

This can all translate into things like concentration issues, emotional problems, and struggles to plan things and be organised.

ADHD is now understood to not always involve hyperactivity. While all children with ADHD struggle to control behaviour, have attention issues, and can be restless and unpredictable? In some children, particularly girls, hyperactivity is replaced by dreaminess and ‘spacing out’.

In adult ADHD the strongest symptoms are lack of focus and an inability to commit to things and finish them.

Because autism affects a child’s communication and behaviour skills, learning is often greatly impacted. And it often is found side-by-side other learning disorders.

Learning difficulties not officially diagnosed in the UK

Sure your child has a specific learning difficulty you’ve read about on the internet, but can’t find a place in the UK to get a diagnosis? Unfortunately the UK does not use the same diagnostic manual as America and diagnoses differently.

APD is not a hearing ‘impairment’ as hearing is normal – it’s just that the brain interprets sound differently. A child with APD might struggle to hear differences in words, not seem to enjoy music like other kids, and be unable to concentrate if there is a lot of background noise.

Here in the UK auditory processing disorder is classed by the NHS as a ‘hearing problem’.  Elsewhere you will see it referred to as a ‘processing difficulty’ or ‘processing deficit’. This said, it does mean your child is seen as having special educational needs and you will be able to access support.

If auditory processing seems to only affect language, then it can also sometimes be referred to as ‘language processing disorder’.  This can look like a child who struggles to understand what is read to them, gets frustrated trying to explain their ideas verbally, but can easily draw out what they want to describe.

‘NVLD’ still tends to be seen as a lesser known part of the autism spectrum here in the UK.

Does your child get by in school as he or she is good at explaining things and at talking? But are there all sorts of other issues related to co-ordination?  Is he or she clumsy, do they struggle with manual tasks like shoe tying and using scissors,  or following a set of instructions? And do they not seem to be able to read other people’s body language? They might have a non-verbal learning difficulty.

If you or your child have the signs of a learning difficulty then it’s best to seek the advice of a professional. You can start by speaking to your GP, or in the case of a child, his teacher or school.

You can also book a session with an educational psychologist privately. They will take a thorough life history and run you or your child through the necessary tests, and can of course answer any question you might have.

Harley Therapy connects you with London’s top counsellors, psychotherapists, psychologists, and psychiatrists. If you are not in London, you can use our booking platform to find UK-wide support for you or your child.

Still have a question about the types of learning difficulties? Ask in the public comment box below. All comments moderated for content and no abuse or advertising allowed.

4 Responses to “Types of Learning Difficulties – Time to Get Tested?”