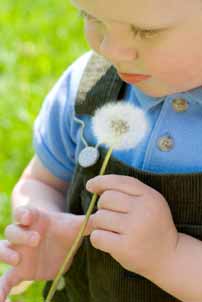 Psychodynamic theories evoke the importance of childhood and the relationships we had with our caregivers, believing that these shaped our personalities and our problems (this is in contrast to theories of a cognitive behavioural approach, which focus on the present).

That is not to say that all the problems facing us as adults are a result of our parents, but rather that our early relationships are one of many key components that go towards forming the people we are today.

One of the main facets of psychodynamic psychotherapy in particular is exploring these early attachments and their importance in our wellbeing and relationships as adults.

But what exactly is attachment, and how has it come to form such an important part of psychodynamic psychotherapy?

Attachment can been described as the emotional ties that connect one person to another cross space and time, for example the bond between a mother and child.

Its importance in the world of therapy began with a British psychiatrist called John Bowlby, who after working with emotionally disturbed children took an interest in the significance of the relationship between mother and child. Bowlby noted the link between the children being separated from their mothers early on in life and their later maladjustment. These observations formed the basic principles of Attachment theory.

Many people at the time felt that an attachment between mother and child was mainly due to the fact that the mother provided food for the infant.

Bowlby, however, argued that attachment to a caregiver provided security, protection and safety which was critical for the child’s chances of survival. Bowlby argued that infants form attachments to any consistent caregiver who is sensitive and responsive to them and the behaviour most indicative of this attachment is by seeking out close proximity to the caregiver. Bowlby also argued that infants need to develop a relationship with at least one primary caregiver for social and emotional development to occur.

Bowlby’s work was later expanded on substantially by an American developmental psychologist named Mary Ainsworth in the 1950’s and 1960’s, who added a further dimension to a child’s quest for close proximity to the caregiver.

Modern research continues to explore attachment theory. While some aspects have been hotly debated, others have been enshrined in psychodynamic and relational psychotherapy.

The key points of Attachment Theory

1. A child has an innate need to form attachments

Bowlby stated that evidence for this was through the child seeking proximity with the primary caregiver and using signals such as crying, laughing and movements to elicit a response from the caregiver.

2. Continuous care should be delivered from the primary care giver for the first 2 years of the child’s life

Bowlby argued that the first two years were a critical period in which the attachment is at its most vulnerable: if the attachment is broken the child may go on to suffer from maternal deprivation which refers to the separation of loss of the mother. The consequences of this, Bowlby postulated, could be great in terms of the child’s social, emotional and cognitive functioning.

3. The Primary Care Giver acts as a prototype via Internal Working Model for future relationships

The concept of the “Internal Working Model” is one of Bowlby’s most famous. In essence, Bowlby stated that an infant’s relationship with their primary caregiver leads to the development of an internal working model. This model provides a framework for understanding the world, self and others, and consequently guides the child’s interaction with other’s with whom they come into contact. Simply, the caregiver acts as a prototype for future relationships via the internal working model.

4.  Importance of quality in the attachment

In 1978 Mary Ainsworth and colleagues designed a study to test out the quality of the attachment between mother and child, and she named this method ‘The Strange Situation’. The key component to this study was to see how the child would react when their mother’s left the room. From this study Mary Ainsworth identified 4 main patterns amongst children:

Secure Attachment: The child will happily play and explore while the parent remains in the room but will quickly become upset when separation occurs. However, upon the parent re-entering the room the child will seek contact and return to playing.

Resistant/Ambivalent Attachment: The child does not explore while the parent is present and will be angry and frustrated upon the parent re-entering the room. The child will not resume play after the parent returns.

Disorganised/Disoriented Attachment: Child may show contradictory behaviours such as not looking at the parent while crying or not showing any emotion to the parent.

Ainsworth also noted that infants, who have enjoyed being frequently and affectionately held during their first months, cry far less towards the end of their first year and are more able to play and explore the environment around them.

Additionally, Bowlby argued that when a caregiver continues to be unavailable to the child, anger and frustration from the child may result in detachment and may eventually go on to prevent the child later on in later from developing healthy and caring relationships.

Using these attachment patterns, more research has been conducted showing that children with disorganised attachment tend to show markedly disturbed patterns of relationships characterised by aggression and withdrawal.  Further, it would appear that ambivalent children are at risk of developing internalised problems such as depression and anxiety as adults.

Finally, it is important to mention that although Bowlby refers primarily to the mother as the primary caregiver, this has been challenged and most therapists now believe that the primary care giver does not have to be the mother of the child in order for the child to form a secure attachment.

Importance of Attachment in Adulthood and Therapy

While much of the research into attachment focuses on infants and children, the 1980s saw the expansion of this work into adulthood and particularly in psychodynamic psychotherapy. In particular, it is hypothesised that the internal working models we set as children remain stable throughout adulthood.

For example, a secure adult will talk coherently about their past and the relationships of which they are a part. Alternatively, an ambivalent adult may talk about their past experiences in a very emotional and confused way. Consequently, the focus of therapy will be to acknowledge these models and create a safe and secure environment in which to begin reconstructing a more secure base.

In particular, a therapist may use transference and counter-transference to firstly understand the relationships between clients and their primary caregivers, and secondly to see the response others have to these avoidant, resistant or disorganised internal working models. It is from this, that the therapist can utilise the strength of the therapeutic relationship (providing a secure base for the client) and the provision of the safe environment to behave differently from previous attachment figures and begin to heal the broken bonds.

The therapeutic alliance provides a protected space in which the client can express their true feelings of anger, grief or frustration and similarly rework old narratives.