Some individuals suffer in silence from an emotionally painful disorder called Body Dysmorphic Disorder (BDD). This psychological condition is characterised by an obsession with an imaginary or minor flaw in his or her physical appearance.

Individuals with BDD have a distorted body image in which they focus on (real or imagined) inadequacies with their size, shape, and form of their body. This distortion is often accompanied by intense dissatisfaction with their physical appearance. It can also lead to the dysfunctional development of behaviours and rituals to “treat” the problem including using excessive clothing to cover troublesome areas of the body. Some sufferers will wear heavy makeup, undergo frequent cosmetic procedures, engage in excessive grooming, hair plucking, and skin picking, in an attempt to reduce their suffering. Other common behaviours include the refusal to be in pictures, obsessive comparison of themselves to others, and the need to frequently examine oneself in a mirror. The perceived problem may include any part of the body, and can change over time. However, the most commonly problematic Body Dysmorphic Disorder areas include: 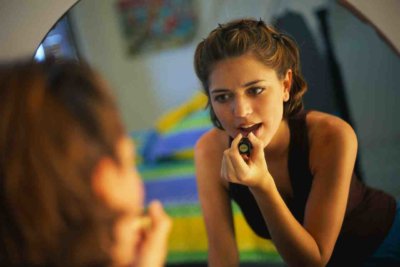 No matter how much BDD sufferers are told that they are not ugly and their flaw is not visible, they remain convinced that they are. It can cause complications ranging from depression, anxiety, obsessive compulsions, eating disorders, addictions, unnecessary plastic surgery, and a strain on romantic relationships. Additionally it often leads to significant problems both at work and socially for the individual affected. In the most severe cases it can even lead to suicide attempts as a way to escape the deep emotional pain and discomfort.

Who Is at Risk of Body Dysmorphic Disorder?

BDD affects both men and women almost equally. It is most often seen in adolescence, although it may begin as early as childhood. Often, the incorrect beliefs that maintain this condition continue to affect the individual into adulthood. The shameful and embarrassing feelings or beliefs held about their physical appearance often results in the disorder going undiagnosed or treated. Unfortunately, this condition does not get better by itself. Over time it may actually get worse, which is why treating this condition is essential, and potentially lifesaving.

The exact cause of BDD is unknown but may be linked to a brain chemical imbalance, structural brain differences, genetic disposition, or environmental causes. Research has discovered that certain variables seem to increase the risk for developing Body Dysmorphic Disorder. These include:

Diagnosing BDD can be difficult so if you suffer from any of the issues mentioned above, it is important to seek the assistance of a trained mental health professional, i.e. a psychotherapist, psychologist or psychiatrist. A psychological evaluation can ensure an accurate diagnosis and a suitable course of treatment.

Both Cognitive Behavioural Therapy (CBT) and medication have been shown to be effective in treating Body Dysmorphic Disorder. CBT can help address the dysfunctional behaviour that characterises this disorder i.e. obsessive behaviours, thoughts, and feelings. Serotonin Reuptake Inhibitors (SSRIs) can help address other obsessive or repetitive behaviours frequently associated with Body Dysmorphic Disorder. Both approaches have been clinically shown to be more effective when used together, rather than separately.