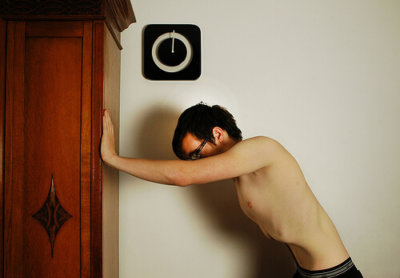 For a long time anorexia and bulimia were the only two ‘official’ diagnoses when it came to eating disorders.

But so many people reported abnormal eating patterns that didn’t fit such neat categories (such cases now outnumber those of anorexia and bulimia) that other diagnostic terms had to be created. In the UK, this might be a diagnosis of an ‘atypical eating disorder‘, or, if borrowing from the Americans, “eating disorder not otherwise specified (EDNOS)*“.

*(Note that recently the American guide to mental health disorders, the DSM-V, has dropped this diagnostic term, deciding instead to officially recognise ‘binge eating disorder’ which many cases of EDNOS are.)

5 ‘Other’ Forms of Disordered Eating You Should Know About

Literally meaning “correct appetite”, this term was coined to describe a righteous obsession with eating healthy “pure” foods while strictly avoiding those perceived to be unhealthy or “bad”.

Unlike anorexia, where the obsession is to be thin, orthorexics might be driven by a need to feel different, to be in control and ‘good’, or to ‘treat themselves right’.

Eating healthy does not, of course, amount to an eating disorder. It only becomes a problem when the person becomes so fixated on eating the right foods that it begins to affect the quality of their life.

A person suffering from orthorexia may avoid eating at restaurants or having a meal at a friend’s house, simply because they are too anxious about how the food was prepared. Behaviour can look like spending an hour running around airport concession stands, examining everything on offer, then only buying a banana despite being very hungry (everything else was just not healthy enough). Orthorexia can even see people leaving relationships because a partner doesn’t ‘eat right’.

Can orthorexia be dangerous? Absolutely. The original intention of being healthy can lead to eliminating so many foods from your diet that you wind up with symptoms of anorexia and actually malnourished. In some cases orthorexia can even lead to death. 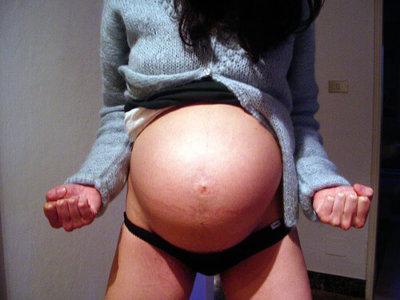 With the internet awash with stories and photos of celebrities and fitness trainers showing off a flat stomach a few weeks after birth, there is all new pressure on women to not only get fit after birth but stay fit during pregnancy so there is less weight to lose.

‘Pregorexia’ is a form of disordered eating that involves extreme dieting and exercise during pregnancy in hopes of avoiding the typical prenatal weight gain of 25 to 30 pounds.

Malnourished moms-to-be put themselves at risk for hypertension, anaemia, and other serious physical problems, as well as emotional issues such as anxiety and depression.

Exercising too much and eating too little can lead to serious health problems for the baby as well. Malnourished babies are more likely to be miscarried or have birth defects.

‘Drunkorexia’ is a term that’s now being used to describe a very dangerous mix of extreme eating patterns with alcohol abuse.

People with this problem will either starve, or binge and purge, in order to compensate for the caloric load of a planned alcohol binge. Or it might be they starve or purge simply to get drunk faster and more cheaply.

A study at the University of Missouri found that nearly 30 per cent of female college students exhibit symptoms of ‘drunkorexia’, restricting caloric intake from food in order to reserve the calories for alcohol.

It was found that men with ‘drunkorexia’ also starved themselves in order to spend less money on food so there was more money left to buy alcohol with.

Drunkorexia is an incredibly dangerous behaviour which increases the chance of alcohol poisoning and heart and liver disease, as well as the likelihood of taking unnecessary risks or acting out of character while intoxicated. 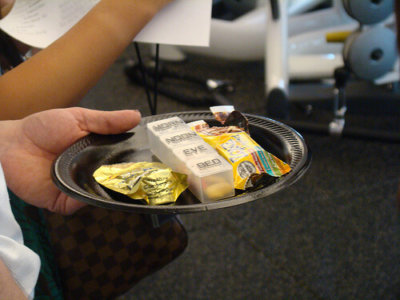 Legal, easy to purchase dietary supplements have been found to be behind an alarming new trend among men.

What are meant to be supplements, such as whey protein, are creatine, are being used to actually replace meals, even in the face of physician warnings around their overuse. In other words, they are leading to restrictive eating habits.

A study at the California School of Professional Psychology looked at 195 men who used such legal supplements. It found that more than 40 per cent of these men saw their supplement use increase over time, with 29 per cent being concerned about their own use. Three per cent had actually been hospitalised for liver or kidney issues related to their overuse of such supplements.

The misuse of supplements in men was linked to issues with body image, low self-esteem, and feeling that they were not living up to what a ‘man’ was supposed to be in society.

This form of disordered eating affects people with type 1 diabetes that must take insulin to manage their condition. Insulin encourages fat storage, so this issues sees someone taking less insulin than they are supposed to out of a desire to control their weight. It’s seen most often in your women with diabetes. It can lead to serious health complications.

Are these ‘real’ eating disorders?

What’s important is not to worry about the exact title of your eating problem, but to recognise when your eating has gone from something you do to nourish your body to something that is adversely affecting your life and has become about something else entirely, often control or a way to prove you have self-worth.

If you are worried you might have an eating disorder, it’s important to get informed and seek help. You can find useful information about eating disorders from charities such as Beat Eating Disorders UK (B-eat) and Mind UK, on the NHS website, and in our own Harley Therapy guide to eating disorders. It’s also a good idea to speak to your GP, who can refer you to a professional, or to see a private counsellor or psychotherapist with experience dealing with eating disorders.

Have we missed a new kind of disordered eating you want to let us know about? Share below, we love hearing from you.