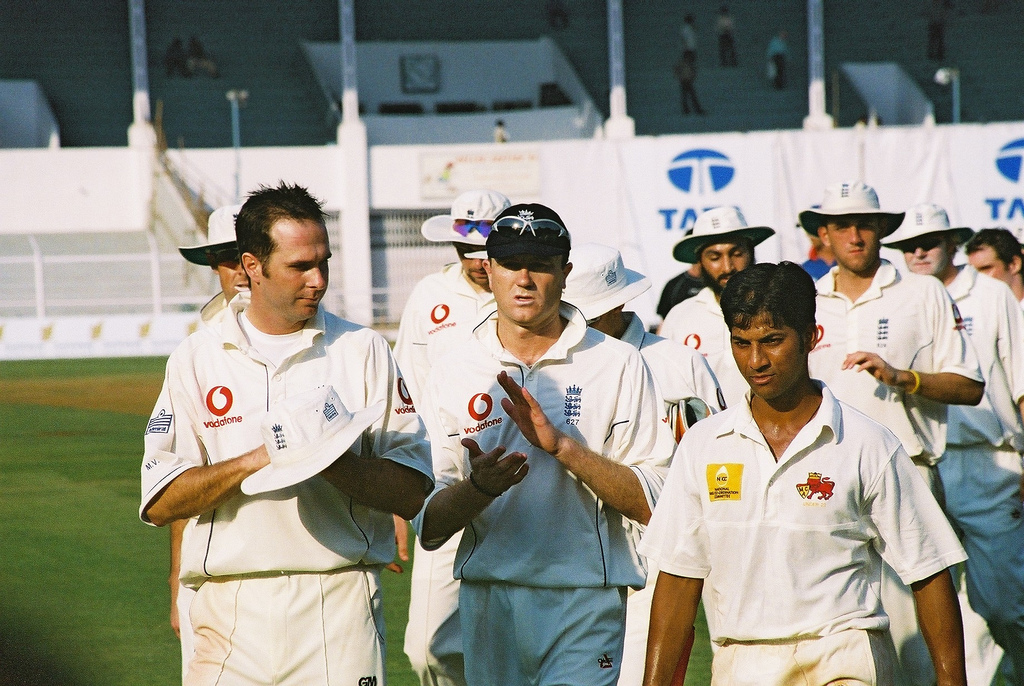 Marcus Trescothick is a world-class English cricket player who at his peak was called “one of the finest batsmen of his generation” by the Daily Telegraph. In the early months of 2006 Trescothick was touring India with the England team when he was obliged to fly home to London “for personal reasons”. The BBC refused to expand on Trescothick’s sudden departure other than saying it was for “a family reason”.

Two or so months later Trescothick himself claimed, “I had to leave India because I picked up a bug and it hit me hard. I could not shrug it off and it left me fatigued.” And then a month after that he announced to the press he was no longer able to represent his country due to a “sensitive medical condition”, an ailment that was later to be described as an “acquired gastrointestinal infection” before morphing into an “underlying stress-related illness.”

Needless to say, in reality Marcus Trescothick was suffering from clinical depression.

Why did this cricketer find it too daunting to just come out and say: “I’m down – really down – and I need help?”

Why is it so difficult to acknowledge depression? Why does it feel easier to say that you have been laid low by a virus, a bad stomach, personal problems or a “sensitive medical condition”? And what prevents us from turning to family and friends or seeking professional support when we are hemmed in by depression?

The Issue of Mental Health Stigma

Stigma is defined by the Oxford dictionary as “a mark of disgrace associated with a particular circumstance, quality, or person”. And the first example they give? Sadly, it’s “the stigma of mental disorder.”

When even the dictionary sees mental health as a prime subject of stigma it’s no surprise that many of us are reluctant to discuss depression, let alone reveal if we are a sufferer. 10% of the British population suffers from depression at any one time, and yet it remains a largely hidden issue. And most of us are prepared to make a visit to the doctor’s when we are knocked out by flu, but wild horses would not drag us to the same GP to confess we were suffering from depression.

Is there any hope we will one day stop feeling so ashamed and embarrassed talking about depression? Cancer used to be something nobody talked about, and AIDS was also taboo. Both have now become something out in the open, which means that the same can happen for depression in the long run. 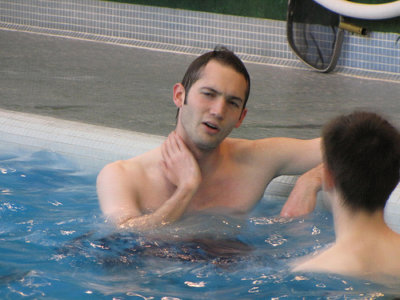 There is good news to report about depression. Health authorities around the world are increasingly acting to change the stigma around mental health. Here in the United Kingdom the UK government has committed to providing up to £16 million of funding over the next 4 years to Time to Change, the campaign against mental health stigma and discrimination run by the leading mental health charities Mind and Rethink Mental Illness. Other charities like the Depression Alliance are also working to enlighten the public about depression.

In addition, the honesty and openness of several public figures – notably Stephen Fry and Alastair Campbell – are helping make age-old admonishments like “pull your socks up” or “pull yourself together” become relics from the past.

Public Stigma vs. Self-Stigma and the Issue of Shame

Public stigma reflects the general population’s negative views about depression. As if that weren’t bad enough there is also the burden of self–stigma, the prejudice that depressed people turn against themselves.

As discussed, despite the enormous numbers of people who suffer from clinical depression at some point in their lives the illness is in many ways still a “hidden” ailment. Unfortunately depression thrives on secrecy and taboo, with unspoken, unconscious fears leading to crooked thinking as the victims of depression blame themselves for their own suffering.

Individuals struggling with depression are often also acutely sensitive to the stereotypes and prejudices of public stigma which then feeds into the feelings of shame that are a major component of depression. Sufferers can internalise and identify with society’s ideas about depression, convincing themselves that they are somehow socially undesirable or unacceptable, do not deserve help, or, that if they only tried harder, they would get better. In short, they can convince themselves they are fundamentally bad, weak and unsuccessful people.

(To show just how off base these ideas about depression are one need only note that sufferers include Churchill, Lincoln, Isaac Newton and Beethoven.)

Getting help means opening up and turning towards others, but shame generally compels the depressed individual to shy away from contact and hide him or herself. Depression can also cause feelings of unattractiveness and inferiority, leading to fear of rejection if one dare reveal their turmoil.

Depression is a Treatable Illness 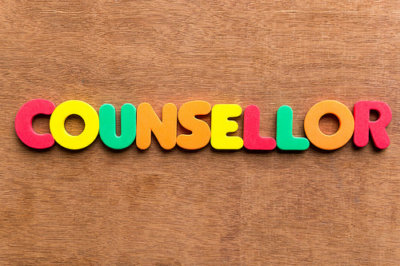 Counsellors, therapists and doctors are acutely aware that depression is neither a deliberate choice nor a moral failing. They understand that depression is an illness. A treatable illness at that, from which people can and do recover.

It is important to remember that the ideas outlined in the previous sections are value judgements that are based on myths, prejudices and ignorance. Therapy, by contrast, is built on impartial objectivity. In therapy you enter a non–judgemental space where you are not disappointing someone with things you have done or said. You do not need to hide aspects of your true self for fear of negative judgement.

The Benefits of Asking for Help With Depression

If you are suffering from depression it’s important to look beyond your blocks to seeking help and realise the potential benefits that can come from visiting your GP, making an appointment with a psychotherapist, or simply talking to family and friends.

• You are likely to accelerate the treatment process and shorten the time it takes you to recover.

• Talking to a professional can leave you feeling less isolated and make it easier for you to continue your day–to–day activities.

• You might feel a deep sense of relief as you no longer feel obliged to hide the way you are feeling.

• You put those around you in a position to help and support you, and they may even share similar experiences with you… they, too, might feel relief.

• You may discover that your loved ones and your colleagues still love you, accept you and respect you even though you are grappling with depression.

If a Prime Minister Can Handle Depression…

Alastair Campbell, Tony Blair’s former “spin doctor”, recounts the following surprisingly touching anecdote about the time he talked to the British prime minister about his depression: 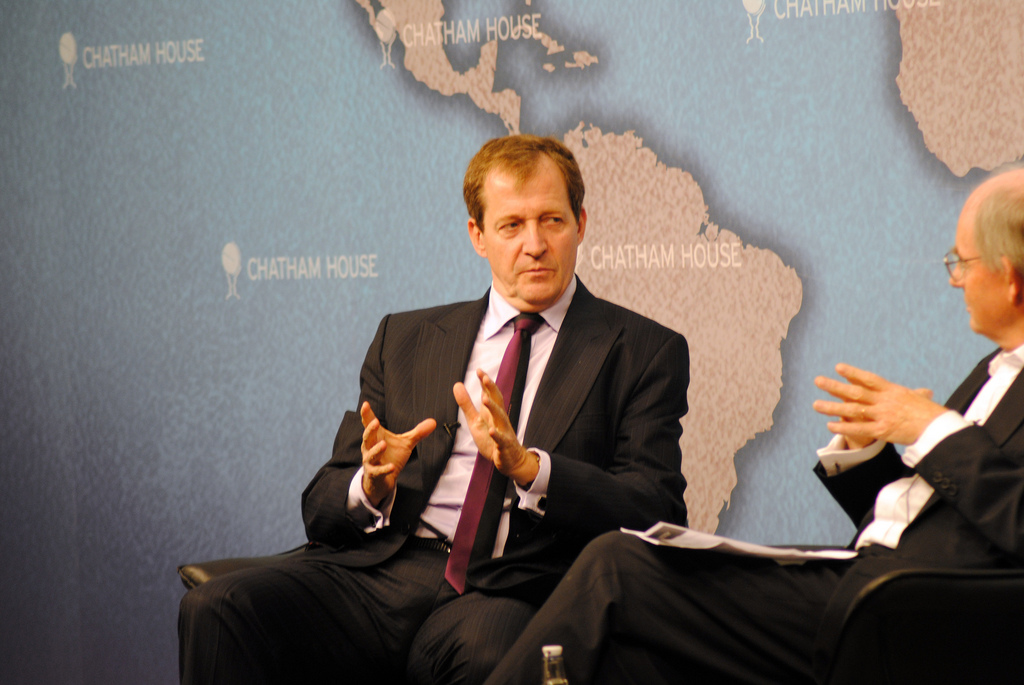 What Happened to Marcus Trescothick?

And what happened to the international cricketer, Marcus Trescothick? Marcus decided to secure professional support to treat his depression. He made an appointment with a doctor and then went into therapy. Two gigantic steps,followed by an equally bold move – Trescothick, who still plays cricket for his county side, opted to “go public” with his depression with a soul–baring biography entitled Coming Back to Me.

The cricketer claims he was motivated to talk about his illness “to get it [the depression] out in the open”… “people try and hide depression all the time. I hid it for weeks, months and a couple of years before saying I don’t want to run from this any more.” Suicidal thoughts, sobbing in the corner of a shop, bursting into tears in the changing rooms… Trescothick’s account of his depression is striking for its honesty and vividness.

But the cricketer’s astute description of why it was initially so intolerable to seek treatment will also strike a chord. He feared the reaction not only of family and friends but also of the wider public. “I was always expecting the worst. Especially with the condition I was in at the time.” He remembers thinking,“I’m a man and men don’t do those things”. And he points out that “anxiety problems are seen as a weakness. People tell you to pull yourself together. But it is an illness, it’s not something you make up.”

Where he had feared stigma and shame, Trescothick received nothing but support and understanding. He explains that he feels lucky that he made the decision to speak out about “the beast that lives inside” before it was too late.

If you are suffering from depression, take heart from Marcus Trescothick’s story – the account of an exceptional cricketer but ordinary human being. Marcus did not eliminate the stigma and shame generated by his depression before he accessed help, and neither do any of us have to. It is more about accepting that prejudices and anxieties exist and slaloming your way around mental health stigma rather than waiting for the obstacles to go away. As Trescothick so clearly shows us, the benefits of securing help – of being listened to and being understood – are potentially life-changing.