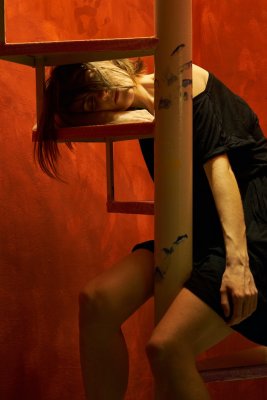 photo by Engin Akyurt for Pexels

Suffer from depression? And have you been starting to feel surreal, or had strange thoughts lately? Worried you have depression with psychosis? Or that it’s schizophrenia?

What is depression with psychosis?

Depression with psychosis is considered a form of major depression, and is essentially severe depression with some symptoms of psychosis. These symptoms can include hallucinations (sensory experiences not based on reality) and delusions (mistaken beliefs based on imagination rather than reality).

Symptoms of depression with psychosis

You will experience a combination of depression symptoms, which could include:

Then, in addition to the above symptoms, you’ll experience delusions and/or hallucinations.

Delusions are not sensory, they are beliefs. And ones that aren’t based on reality, often involving paranoia. This could look like thinking someone is sending you secret messages through the radio, or is watching you, or that you have committed a crime you actually haven’t. 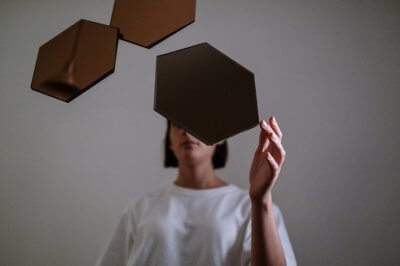 photo by Cottonbro for Pexels

Hallucinations are sensory experiences. The most common is hearing demoralising voices. But they can equally be seeing things that aren’t there, feeling sensations that aren’t there (for example, like someone is touching your arm), or even tastes from things you have not eaten.

Note that psychotic depression can also affect your motor skills. You might be more agitated than usual so that you can’t sit still, or more slowed down.

How is this different than schizophrenia?

Psychosis is a set of symptoms, not a disorder in and of itself. Schizophrenia and major depressive disorder with psychosis are two distinctly different disorders.

The main symptom of schizophrenia is a marked and consistent issue with determining what is real and what isn’t.

With depression with psychosis, the main symptom is severe depression, to the point you lose touch with reality.  So with with psychotic depression, you’ll have depression first. Then you will experience hallucinations and delusions that are depressive and focus on themes like hopelessness and failure.

Psychosis in schizophrenia, on the other hand, can involve impossible or bizarre themes that don’t connect with a mood state. You might think that someone is staring at you because they want to steal your phone.

You are more likely to realise that your hallucinations and delusions are not real if you have depression with psychosis than if you have schizophrenia, where it can be harder to differentiate. 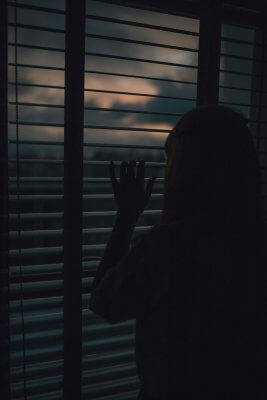 photo by Guilherme Rossi for Pexels

And while schizophrenia can involve low moods, given that it can deeply affect your confidence and sense of self? Depression is not a requirement of this mental health disorder.

Note that if someone with schizophrenia also continuously suffers severe depression, they then might be diagnosed with ‘schizoaffective disorder‘ instead.

Your genetics can put you at higher risk, especially if you’ve had a close family member who’s had depression with psychosis.

And according to the NHS, if you experienced childhood adversity, such as trauma from sexual abuse or physical abuse, you are at a higher risk.

Genetics has a role to play. There’s a theory that you need to inherit a combination of genes which would give rise to depression with psychosis. You could have different sets of genes, one set responsible for your depression symptoms and the other for your psychotic symptoms. This would make you susceptible to depression, psychosis, or both.

As for depression, there are many factors. For example, according to this study, high levels of the hormone cortisol from increased stress contributes to the development of depression. Depression is also highly related to sleep problems, and, of course, challenging life circumstances. But it’s not known exactly why if two people go through the same tough experience, one might develop depression and the other doesn’t.

How is depression with psychosis diagnosed?

You would need to see your GP or a psychiatrist. If your GP thinks you have psychosis, or that it’s actually schizophrenia or schizoaffective disorder, you would be referred on to a psychiatrist in any case.

Many people are hesitant to share their psychotic experiences, so for doctors, diagnosing them with psychotic depression can be challenging.

And sometimes, although again it’s less likely than if you actually had schizophrenia, you might not realise that you are acting psychotic. To you, your delusions and hallucinations might seem very real, and only those around you might feel there is an issue.

If you are already severely depressed and people around you comment you are acting strange, it might be important to listen to what they have to say and ask for clear examples.

What treatment will I be offered?

Recommended treatment for depression with psychosis in the UK tends to be a mix of medication, talk therapies, and social support. Cognitive behavioural therapy (CBT) has been found to help with psychosis.

In some cases, if you don’t respond to medication, you might be offered the choice to try electroconvulsive therapy (ECT). The procedure involves the transmission of electrical current to the brain via the scalp for a short period. It is performed under general anaesthesia.

When to seek medical help

Again, depression with psychosis brings a higher risk of suicidal thinking than just depression on its own. So it’s important you take your symptoms seriously.

You should speak to a medical or mental health professional as soon as you can if you’re experiencing any of the symptoms of psychotic depression.

If you or someone you know is having suicidal thoughts or thoughts of self-harm, note that trained volunteers are available 24 hours a day, 7 days a week through the Samaritans.

Need help with severe depression? Or depression with psychosis? We connect you with one of London’s most highly regarded teams of mental health professionals who can help, including CBT therapists and psychiatrists.

Jaffor Bhuiya is a content writer who likes to write about mental and physical health, and is fascinated by the role of nutrition, alternative medicine, mind-body techniques, and exercise in preventing and alleviating various issues.