Mindfulness: “Paying attention in a particular way: in the present moment, on purpose and non- judgmentally” – Jon Kabat-Zinn 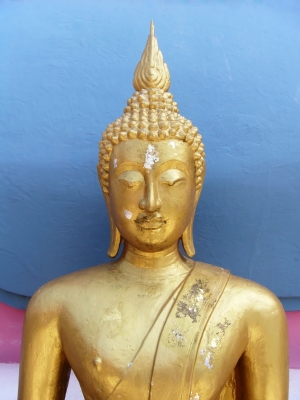 Mindfulness has its roots in Eastern meditation practices which are thousands of years old. The influx of these great traditions into the West provided psychologists not only with an expanded view of the self and of human potential, but also with effective techniques for focusing the mind and managing negative thoughts, feelings and behaviours.

Mindlessness Many of us spend much of our lives in a state of ‘mindlessness’ in which attention is allowed to freely wander from the present, swept away by whatever thought is arising at that moment – often ruminations about our past or fantasies about our future.

This can be counter-productive, since focusing attention on the past and future can lead to feelings of guilt/resentment or fear/anxiety. Ironically, people often try in vain to resolve these negative thoughts by giving them even more attention and going around in a vicious circle (obsessions), or even acting them out (compulsions).

Fixating on problematic thoughts not only leaves us vulnerable to negative emotions, but also pulls attention away from other things in the present moment. Whenever we are not tuned into what that moment has to offer, we are essentially not living to our fullest potential.

Thoughts precede feelings, so keeping attention fixed on a negative thought will lead to negative emotions and, therefore, the most effective means of managing our feelings is managing thoughts.

The First Wave. Classical Behaviour Therapy is based on learning theory and behavioural principles, and is focussed on directly changing problematic emotions and behaviours through counter-conditioning negative emotions, or reinforcement of more appropriate behaviours.

The Second Wave Cognitive Behavioural Therapy is based on cognitive models of disorders and cognitive and social learning principles. CBT therapists help clients to change the thoughts assumed to precede problematic emotions and behaviours. Again, like the first wave approach, the focus is on directly changing the thing itself i.e. the content or frequency of thoughts, in order to change the problematic behaviours and emotions (‘first order change’).

Third Wave Therapies (e.g. Mindfulness Based Cognitive Behavioural Therapy; Core Process Psychotherapy): These approaches focus more on the context and functions of psychological phenomena, rather than their form.

Whereas a CBT therapist would approach emotional problems by helping clients to change the irrational thoughts themselves, Mindfulness Based CBT therapists tend to work at a meta-level by helping clients to change the function of thoughts and their relationship to events, rather than changing their actual form or frequency (‘second-order change’). Through changing how we observe and process thoughts, we are also changing their degree of influence in our lives. In practice this process facilitates the development of broader, more flexible and effective emotional and behavioural repertoires.

The practice of Mindfulness is a two step process involving

1) consciously regulating attention towards the present moment, i.e. intentional awareness of current surroundings, thoughts and feelings with and

2) an orientation towards all present phenomena that is non-judgmental and accepting, i.e. a direct, intuitive experience of things as they actually are, rather than according to how we think they should be or how we would like them to be (like seeing things through new eyes).

Mindfulness is a way of approaching and tuning in to the present on a moment-to-moment basis, rather than withdrawing or escaping from it. A sense of acceptance of reality and freedom from negative emotional and behavioural patterns is possible through a practice of meta-awareness, in which we learn through careful observation to dis-identify with all of the ‘objects’ in our awareness. ‘Objects’ in this sense refers to anything we can observe both on a physical level, and internally such as thoughts and feelings. T

he crucial realisation here is that everything we can observe is finite – all states, conditions, thoughts and feelings have a beginning and end in time. However, there is something inside of you that is timeless and aware of all of these but, unlike the observable, finite objects, this witness in you is ever-present and unchanging.

So, whenever we misidentify our true selves with an object, be it our thoughts, feelings, behaviour, bodies, relationships, careers, possessions etc. we are essentially limiting ourselves to partial phenomena which can lead to suffering. It is because of our tendency to establish a fixed sense of self through identification with objects in a futile attempt to protect the ego from fear of obliteration, that the practice of Mindfulness is as relevant as ever in our modern and complicated Western lives!

‘Enlightenment’ is the realisation that on a fundamental level you are none of these transient objects in your awareness that you thought you were, but rather the timeless subject that is aware of all objects. Shifting identification from finite objects to this witness in you, is the ultimate secret of the great traditions and the path to liberation from suffering.

Read here for information about Mindfulness Based Therapists in London.

3 Responses to “Mindfulness: The Third Wave in Cognitive Behavioural Therapy.”