Society’s perceptions of human sexuality have changed in the past few decades, and continue to evolve. But despite progressing views and greater equality between the sexes in modern, Western societies, many women still feel pressure to conform to expectations over “proper” female sexual conduct.

The ‘double sexual standard’ and women

The ‘double sexual standard’ refers to the covert rule that men, and not women, can have multiple sexual partners. Women who do not obey this unspoken rule run the risk of being labelled a ‘slut’ or ‘easy’.

This unspoken double standard many still hold can cause real stress for women, especially given that a modern healthy female has generally had several sex partners. The resulting stress can lead to can lead to negative emotions (such as shame and embarrassment) connected to a sexual activity, and may impact the level of satisfaction gained from sex (i.e. lack of orgasm). At the very least this unfair system deters many women from feeling comfortable with their sex lives.

This in turn can contribute to a women developing negative self-image and low self-esteem. For some women, having a poor self-image connected to their number of sex partners may promote substance abuse and harmful choices which leads to further sexual encounters, and which sadly maintains the double sexual standard (women who have to much sex should feel guilty, women who have too much sex are out of control, etc).

But surely one can have too many sexual partners?

As mentioned, most modern women have had more than a few lovers. A single woman living in a modern city that is sexually active is inevitably going to accumulate a number of sexual partners. At what point should she feel guilty?

It’s an interesting one, because the very fact that women do tend to have a point they feel guilty shows the depth that the double standard has reached; most women have internalised it despite themselves.

The question of what is and isn’t ‘normal’ sexual behaviour has actually been heavily researched in the Western world. A recent study found that women in the UK reported having more casual sex than women in Australia, France, Netherlands, Italy, and the United States, but less frequently than other women in Finland or in the Baltic States. Does this mean that British women are more promiscuous?

Not necessarily. The way that we choose to see sex in terms of ‘serious’ and casual’ just shows that we are under the umbrella of the double sexual standard still. How many men use these words when describing sex? Or do they just say ‘sex’? Likewise, it’s possible that in other countries where the survey was taken women weren’t having sex with less partners but were perhaps less influenced by the double sexual standard, and didn’t report their activities as ‘casual’. 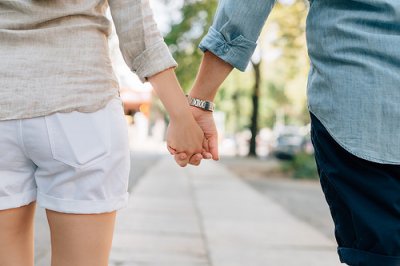 Other research into the UK’s sexual habits have shown that younger generations have very different views on what an “appropriate” number of sexual partners is, which when compared to older generations could appear scandalous. This seems to show that, thankfully, the double sexual standard is diminishing with newer generations.

So just how many sexual partners is too many, then? In general, there is no “correct” number of sexual partners one is “supposed” to have in a life time. The answer is a personal matter and is based upon emotional comfort and personal values. Having twenty sexual partners for one woman may not be a lot, for another it may be unimaginable.

Is your past guilt ruining your present love life?

The problem with the double sexual standard, as hinted at, is that the guilt it causes leads women to judge themselves and their past sexual experiences harshly. The result? They are less able to enjoy the sex they are having now.

How one views the past plays an important role in how one enjoys the present. One can choose to view the skeletons in the closet as shameful and embarrassing or can choose to look at the past in a different light and bring about a healthier perspective.

How to look more positively at your past sexual experiences

Take a moment to think about your past sexual experiences. Ask yourself the following:

If neither of these hold true for many of your sexual experiences, and you still have guilt around your past, it is possible that you used sex in a way that perhaps wasn’t the healthiest. Instead of judging yourself, why not try to understand why you made the choices you did, see what you can learn from your past decisions, and let yourself off the hook at last?

How to Reframe Past Sexual Experiences You are Uncomfortable With 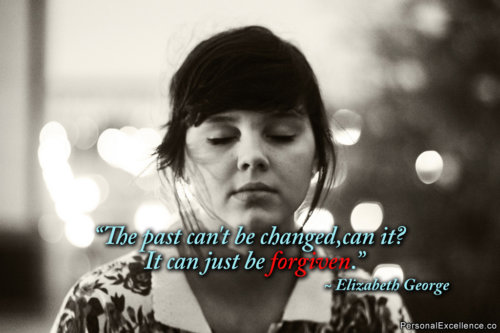 Ask yourself these questions about past sexual experiences you don’t feel comfortable about.

Did you try to use sex as a means to be emotionally closer to someone?

Sex within a relationship may help to build emotional intimacy, but both individuals must have emotions present in order for intimacy to be built upon. Of course sometimes we are so blinded by our affections for someone we don’t at first see they aren’t being as open with us as we are with them. Or we are so sure of our ability to ‘connect’ through sex we think it’s okay that outside of the bedroom the connection is lagging.

Reframe: I was so excited about bonding with the person I adored I didn’t realise sex was the wrong way to go about it.

Lesson: Next time I am with someone I will ask myself before engaging in sex, do I feel connected? If not, is this the right time to be having sex? And what could we do instead to open up more to each other?

Did you make attempts to use sex as a method of trying to obtaining love?

It’s easy to confuse the great feeling sex brings with love, and to believe that having sex with someone else will make the other person fall head over heels for us. And yet how many times do we after kick ourselves for being so silly when it doesn’t work out?

Reframe: I was desperate for love and maybe lonely. We all feel that way sometimes. I might have even been going through a hard time which made me needy. I can forgive myself for that. I’m human.

Lesson: I will make a list of 20+ reasons I am worthy of love. And the next time I’m tempted to try to win someone over with sex, I’ll remember those reasons.

Did you try to gain attention or self-validation through sex?

Sex can make us feel attractive and loved. However, it is unhealthy when we use sex as our only means of self-validation or to gain attention from others to reassure ourselves that we are attractive.

Reframe: It feels very good when others think you are beautiful and attractive. We live in a society where women are encouraged to judge themselves based on looks. I didn’t make the best decision, but it’s understandable. Or, at the time I felt really low. I used sex as an ego boost and survival skill to get me through, which is better then hurting myself. Now I am in a healthy place I can forgive myself.

Lesson: I have many attributes and values including those of character and intelligence. I will write them down. If I ever feel my self esteem is lagging and am tempted to turn to sex to feel better, I will remember my strengths and do an activity that supports them; for example, if I am a good writer I will write a story, or if I am a good listener I will call a friend.

Did you make poor sexual decisions under the influence of substances?

Drugs and alcohol lower our level of inhibition, and when we are not in our right minds it is no secret that people tend to make poor decisions that they sometimes regret later.

Reframe: I was in a lot of pain and using drugs/alcohol/sex as coping mechanisms. I was doing the best I could at the time.

Lesson: If I am still repeating this cycle of substance abuse and sex, I will seek professional help because I deserve assistance and to feel better. If is only in my past, I now see what amazing personal strength I have to have moved forward and honour myself for getting through what i got through.

Changing your perspective on past behaviour and experiences may help to improve your self-esteem and relationships. If you believe that you may have an unhealthy attitude about your sexual past you can’t break through alone, or that is haunting you every time you attempt intimacy, do consider speaking to a professional counsellor or psychotherapist who can help you make sense of your past actions and move forward with your present relationships.

2 Responses to “Sexual Partners: How Many is too Many?”