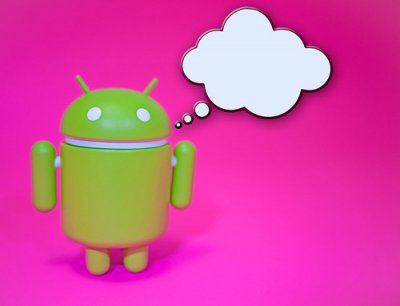 Often wondered how other people seem to ‘daydream’ and visualise things in their heads? When you just draw a blank? You might have aphantasia.

The definition of aphantasia

So what is aphantasia?

The majority of people have some capacity to conjure visuals in their mind, even if some are naturally better at it than others.

Not so if you have aphantasia. It means you either can’t form visual imagery at all, barring when dreaming in your sleep, or you have only rare flashes of images. And these would be largely involuntary.

That’s not to say you have visual issues otherwise. In daily life you see things just fine, and can connect to things like photos, or draw out ideas you have. It’s just your ‘mind’s eye’ that seems blind.

If you are asked to visualise a beautiful beach, you will just have a blank. Ditto if someone asks you to close your eyes and visualise your favourite childhood memory. Thoughts and words might come, but not images of people, places, or things, or of the past or future.

For some people, aphantasia comes later in life, caused by a stroke or head injury.

But most commonly it’s something you were just born with,  referred to as ‘congenital aphantasia’.

It’s currently estimated that between two to three per cent of the population have aphantasia. But that number might rise with more research.

Other symptoms of aphantasia 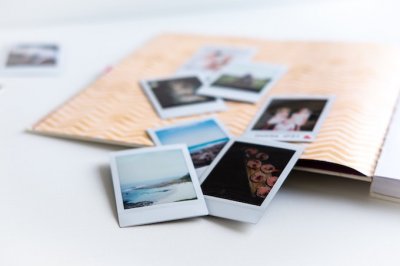 There is some evidence that those with aphantasia can’t think across time as easily as others.

A 2020 research study in Australia found individuals struggled more with autobiographical memories. They also struggled when asked to imagine what their futures would be like.

And your dreams might be less vivid. Although those with aphantasia do dream, the same study found that individuals reported dreaming less. They remembered less detail, so perhaps have simpler dreams.

Is it a mental health disorder?

No. It’s a neurological condition that can, in some cases, affect mental health.

How does it affect the brain? It’s still not completely understood. But the basic guess here is taken from a case study  of someone who developed phantasia after a heart surgery.that likely caused a stroke.

Generally, if someone with a visualising capacity looks at photos of people, a network containing certain regions of the brain is activated. If they are then asked to then close their eyes and visualise those same faces, that same part of the brain activates.

But functional magnetic resonance imaging (fMRI) found that the man in this case study had very little activity in the expected regions, but then unexpected activity in the areas of the brain responsible for decision making and error prediction. So his brain was using a different strategy than average when asked to visualise.

How does aphantasia affect relationships?

For example, some sufferers report being seen as emotionally ‘cold’ in comparison to others. If you lose a loved one, you might be very sad looking at imagery of them, but not feel so emotional otherwise. Another family member who is often caught up in visual memories that trigger heavy emotions might be upset with you for ‘not caring’. They are unable to realise that you are just as sad, but not as often triggered because of aphantasia.

What about my mental health?

There is no research to link aphantasia to other mental health conditions.

But if you grew up feeling a bit ‘different’, then this can lead to depression, anxiety, and loneliness. Recognising you have aphantasia can be a relief, as can explaining the situation to others so they can understand you better. 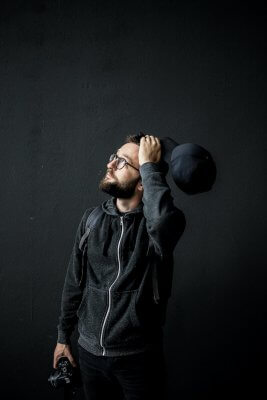 Note that there can also be mental health positives to aphantasia. Those who have the condition report things like being less emotional after loss, and more in control of their feelings. While British researcher Adam Zeman has suggested this might protect individuals from experience stress from traumatic experiences or PTSD, the above study didn’t find any proof of this. That said, it was a small study and who knows if in the future there will be more to discover on this front.

Can I still be an artist if I have aphantasia?

A quick look at the Wikipedia entry for aphantasia, and you’ll discover that many people with aphantasia are artists of some sort. This includes photographers, those working in film, and fantasy writers.

Perhaps the inability to see things inside the mind drives people to make visual representations outside of themselves.

The history of aphantasia

The idea that visual imagery is something we can measure the quantity of is nothing new. It goes way back to the late 19th century, when polymath Sir Francis Galton surveyed colleagues and discovered differences in people’s abilities to see things in their mind. And it was he who first recognised that some people have no power of visualising.

In a paper put out in 2009 he then directly attacked the fact that it still wasn’t fully accepted that some people couldn’t visualise and started to use the term ‘natural non-imagers’. He explained:

“Much of the current imaging literature either denies the existence of wakeful non-mental imagers, views non-imagers motivationally as ‘repressors’ or ‘neurotic’, or acknowledges them but does not fully incorporate them into their models… People seemed to assume that what is in one’s own mind is in everybody’s mind.. [despite the fact that ] a consistent diversity of self-reports on ones own mental imagery abilities suggests that some 2-5% of people are very poor- or non-visual- imagers who, yet, maintain normal visual recognition abilities.”

But poor Bill Faw was about to have his thunder stolen. Seems ‘natural non-imagers’ just wasn’t catchy

The power of a catchy name

Along came an American writer looking for a story. He discovered the case study mentioned above by a British research team led by Adam Zeman, a professor of cognitive and behavioural neurology. The writer wrote about the study for a popular online magazine as if it was a new phenomenon. Which led to people contacting the research team to say they had the same issues and the idea ‘blowing up’. And many people assuming Zeman was the great discoverer of the issue.

Zeman and his team then produced a paper on the phenomenon, coining it ‘aphantasia’. Which basically nicked a word used by Aristotle to describe things that exist between perception and thought, such as dreams and hallucinations. ‘Phantasia’ in Greek thought connects to the verb phainmai, “I appear”. Add an ‘a’ at the front makes it a ‘lack of’, and presto, a catchy name that becomes a phenomenon.

Note that the translation of aphantasia as meaning ‘lacking imagination’ is a poor one. Particularly when so many people with this neurological issue are highly creative.

I have aphantasia. What now?

Many people feel relief to know there is a name for their issue, and that alone is enough. They can finally stop worrying. But if you do find it causes you relationship issues, depression, or anxiety, it’s worth reaching out for support in the form of a counsellor or therapist. They can help you feel more at ease with yourself and others.

Time to stop feeling so different and start learning to feel you belong in the world? We connect with friendly, expert talk therapists in central London, as well as UK-wide and worldwide via Skype counselling.

Still have a question about ‘what is aphantasia?’ Post in the comments below and join the conversation.

2 Responses to “What is Aphantasia? And Does it Affect Mental Health?”