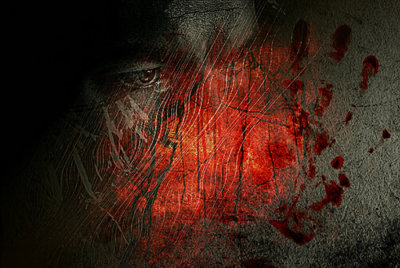 In everyday language, we can call many things ‘traumatic’. A breakup, our boss being in a bad mood, or having to give a presentation. But what is psychological trauma?

The main elements of psychological trauma

Trauma is a very large field of interest and research in psychology.

And not everyone agrees on what should and shouldn’t count as psychological trauma. In fact it’s a term that has been heavily debated over the years and has been redefined several times.

But in general, an official diagnosis of psychological trauma is given when an individual goes through the following:

Symptoms of psychological trauma are both emotional and physical. They include things like anxiety, depression, foggy thinking, and edginess, as well as insomnia, muscle tension, and an upset stomach.

[See our “Guide to Post-traumatic Shock Disorder” and our article on “Emotional Shock” for more symptoms.] 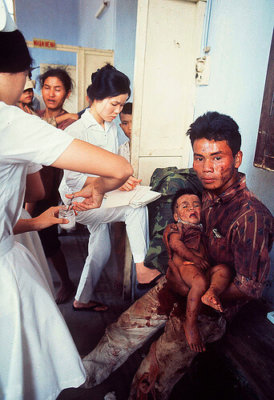 Some researchers claim that there is an overdiagnosis of psychological trauma, claiming that it is too often confused with personal vulnerability.

Others would argue that saying some people are only traumatised due to ‘personal vulnerability’ is very limiting and unfair.

After all, who knows what other trauma the person in question has seen? Is it not possible that trauma can be cumulative? Would that mean the person is ‘too vulnerable’, or rather very strong? Is it ‘vulnerable’ to be born with a sensitive and responsive personality? Is trauma not the experience of the survivor, not the event itself?

It’s also interesting to note that psychological trauma (PTSD) is the only diagnosis in America’s Diagnostic And Statistical Manual of Mental Disorders (DSM) that focuses on causal factors (how and why someone has the condition) over symptoms and behaviours.

A more recent definition diplomatically puts psychological trauma as the result of the interaction of the intensity of a traumatic event and an individual’s vulnerability.

Finally, and rather sadly, mental health is an industry. Official definitions of psychological conditions sometimes become less about helping those who require support, and more about determining who can receive medication, government assistance, and mental health insurance coverage.

The different types of psychological trauma A diagnosis that only emerged as late as 1980, it originally only applied to a stressor so horrible that, as the DSM stated, it was ‘generally outside the range of human experience’. It wasn’t until 1987 that the definition of PTSD was changed to include things like child sexual abuse or having a serious illness. Nowadays psychological trauma also includes witnessing violent events happening to others.

Events that are known to cause PTSD include:

‘Delayed-onset PTSD’ is defined as having PTSD symptoms starting more than six months after the traumatic event. It is a diagnosis that is debated in psychological communities. Some disagree on its prevalence, and others disagree on if it even exists, especially in cases where there were no symptoms at all before the PTSD surfaces.

Emotional shock is another form of psychological trauma it is useful to know about. It’s not a ‘clinical diagnosis’ but a recognised condition. It comes with the same symptoms of PTSD. The difference is that emotional shock is shorter-term, and can also occur after less horrific experiences, such as divorce, redundancy, being near an act of terror, or the unexpected death of a loved one to natural causes.

In some cases, where emotional shock doesn’t clear up after a reasonable amount of time, and other requirements are met, it can then become a diagnosis of PTSD.

Trauma is complex. Often we experience many traumas across our life, or come from a family replete with trauma. New ways of looking at trauma have been surfacing.

One of these is intergenerational trauma, also called ‘historical trauma’ or ‘transgenerational trauma’. This is where one generation experiences such severe trauma that following generations show the symptoms of trauma. This can be seen in stories of the children of Holocaust survivors, for example.

Another important field of study is trauma in children. There are children who experience terrible repeat traumas in childhood, but might not fit the rigid definitions of child PTSD, or are poorly diagnosed and don’t receive the help they need.

Many child psychologists and psychiatrists fiercely argue that a new trauma diagnosis is desperately required for such children, suggesting terms like ‘developmental trauma disorder’. Sadly this was not included in the recent version of the DSM.

Why does the definition of trauma matter so much?

It matters a lot for those who are trying to get an official diagnosis so they can access the help they need. If, for example, someone needed a PTSD diagnosis to receive government benefits and access to funded therapy, then it can be very disappointing if their trauma is not deemed diagnosable.

If you have the symptoms of trauma but don’t qualify for an official diagnosis of PTSD, do not give up on finding support. Trauma can leave many struggling with work and day-to-day life, which can also affect their finances. Read our article on free or low cost counselling and continue to seek help.

Psychological trauma is treatable, and the right support can mean you finally start to feel yourself again. A good counsellor or psychotherapist works with you to alleviate the symptoms and get to the root of your trauma. If any therapist belittles your sense of being traumatised, or claims that your trauma was not ‘serious enough’, it’s likely time to seek a better therapist.

Harley Therapy can connect you with London-based psychotherapists and counselling psychologists who are highly experienced at dealing with PTSD and emotional shock. Not in London? Consider Skype therapy, as flexible as you are.

2 Responses to “What is Psychological Trauma?”