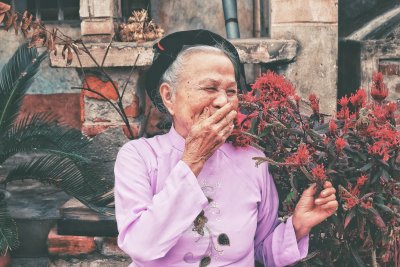 What is self-actualization, and what do you need to be wary of when trying to put it to work in your own life?

Self-actualization is a term that is used in different ways and has seen a lot of debate.

But in general, it refers to realising and living out your unique human potential.

The concept of self-actualization didn’t originate from psychology. But it had two main champions who bought it to the field. These were psychologists Carl Rogers, known for creating person-centred therapy, and Abraham Maslow, famous for creating his ‘hierarchy of needs’.

While both men were seen as founding fathers of the humanistic approach, they saw self-actualization quite differently.

Maslow felt that ‘what a man can be, he must be”. He explained that, “a musician must make music, an artist must paint, a poet must write, if he is to be ultimately happy.”

He wrote extensively about self-actualisation, at times seeming to contradict himself.

But for the most part, his definition of self-actualisation is a desire or motivation for self-fulfillment and realising one’s full potential. We are actualised if we become, as he said, “everything that one is capable of becoming.”This definition is still today the one most in use.

But Abraham Maslow also felt that self-actualization was not possible unless our other needs were met first, placing it it at the top of his ‘pyramid’ of human needs.

So to summarise, he felt self-actualisation was a level of human potential. We live out our gifts and longings from a place of security, where our physical and emotional needs are already met.

For Rogers, actualization was not a human need or desire like it was for Maslow, but  more an instinct of human nature that had the capacity to heal us.

Rogers saw actualization as humankind’s in-built tendency to “become his  potentialities … to express and activate all the capacities of the organism.” So it is a process accessible to everyone, not just an achievement to be reached just by those who have met all other life requirements.

We are driven towards growth, but we can experience blocks and give up, becoming depressed. On the other hand, we can decide to help our own growth and move towards our potential. We feel more and more at ease with ourselves and our lives.

To move towards actualisation we need to form an authentic ‘self-concept’. Self-concept is about the way we see ourselves, and what we identify as. If the way we see ourself is too influenced by the approval and desires of others? Then it is not in line with our actual needs and values, and we lead a life of ‘incongruence’. We feel stressed and unhappy.

If we move more and more towards a life where the person we present to the world is really who we are – if we are living out our values, our true natures – then we are more fully-functioning and ‘actualised’.

What self-actualization is NOT

1. It is not about being better than other people.

Self actualisation doesn’t make you better than someone else. It makes you more fully yourself, whatever that might be.

Actualisation is highly personal. Your highest potential might be very different than someone else’s. Trying to compare yourself or be someone else’s version of actualised will just take you off track. Imagine if Buddha decided to be Jesus…

3. It is not about being rich or successful.

It’s true that those who Maslow listed as ‘self actualised’ tended to be well-known, wealthy individuals. But he elsewhere stressed that self-actualisation isn’t about status or self-esteem. For example, a man living in a jungle and communing with nature, if he has a deep talent for this and feels fully aligned, could be seen as actualised.

Yes, Rogers suggested that self-actualisation is connected to self-concept. But thinking it means being the ideal you is mistaking actualisation for false self-concept. An ‘ideal’ is usually what society tells us we should be, not what our inner wisdom urges us to be. This road doesn’t lead to actualisation but to low self-esteem or even depression.

5. It does not mean you are always happy and positive.

Again, you are actualising an ideal image of yourself in this case. Self actualisation is about living out your values and gifts and being authentic. That can sometimes be messy.

You don’t have to identify with any spiritual movement at all to be actualised. And if you mistake spirituality for self actualisation? And spend all your time following someone else’s idea of an evolved person, instead of listening to your own inner wisdom? You might live a life of frustration instead of actualisation.

7. It is not a final destination.

There is a saying, ‘after enlightenment, the dishes’. The point being that we don’t reach self actualisation as a finish line. We might get to a point in life where we are living out our talents and values and are actualised, but there will still be challenges. And there can still be further growth from those challenges.

What present-day therapies can help me with self actualisation?

Working with a psychotherapist can make the process of self-actualisation easier. But note certain types of therapy focus more on actualisation than others. Consider these talk therapies:

person-centred counselling  – created by Rogers himself, self-actualisation is one of its core goals.

humanistic therapies – person-centred therapy is actually under this umbrella, and all humanistic talk therapies focus on helping you find your inner resources.

transpersonal therapy– this therapy, along with its close sister therapy ‘psychosynthesis’, was also influenced by Maslow. It focuses on helping you be a evolved, complete, and spiritual human.

existential psychotherapy – brings in elements of philosophy and helps you find an understanding of life and yourself that helps you feel most fulfilled.

human givens –  a recent counselling approach created by British psychotherapists, its philosophy isn’t far removed from Maslow’s hierarchy of needs. It believes that if certain emotional needs are met, we can’t be depressed.

Ready to move towards self-actualisation? Look at our roster of highly experienced psychotherapists in central London locations. Not in London or the UK? Our booking site connects you to UK-wide therapists as well as Skype therapists you can talk to from any country.