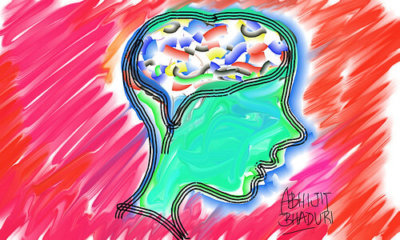 When we are ‘conscious’ of something, we are aware of it. So the conscious mind, in psychology, refers to all of the thoughts and memories we have that we know we are having.

The unconscious mind is a psychological concept that addresses the opposite. It refers to the part of our mind that we can’t readily ‘hear’. This includes thoughts and memories that we don’t know we are having, or that we have ‘repressed’ (hidden from ourselves).

The standard metaphor used here is that of an iceberg. We see the tip of the iceberg (the conscious). But beneath the water can be a huge body of ice that goes many kilometres down (the unconscious).

Does the unconscious really exist?

Even with the advancements of neuroscience, the brain is in many ways still a mystery.

It’s obvious that many processes of the brain are automatic and beyond awareness. Cognitive psychology research has, for example, proven that we take in far more information than we can consciously recognise. And it’s true that there are sections of the brain, like the amygdala, that have their own, different ‘memories’ of events from the past. Also, some parts of the brain seem more connected to our conscious awareness of ourselves than others.

So we can say there are ‘unconscious workings’ of the brain. Saying there is ‘an unconscious’, though, isn’t really accurate. The ‘unconscious’ is not a neuroanatomical structure. There is no special ‘closet’ in the brain that hides things. The brain is more a series of systems and patterns, with some of these conscious and some perhaps more accurately called ‘nonconscious’.

Referring to the ‘unconscious’, is, however, still a good ‘shorthand’ and valuable psychological model for understanding the ways we think and feel. 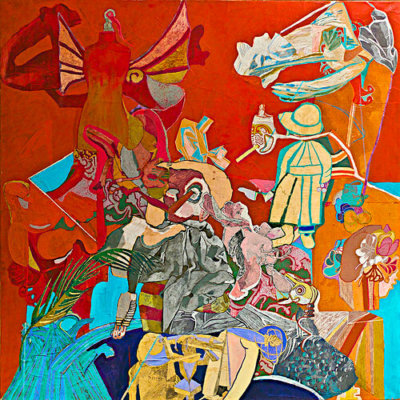 Some schools of thought make special differences between the two. This includes theorising the subconscious is where thought processes we are unaware of are, and the unconscious is where we hide things that are to threatening or overwhelming to know, like unacceptable ideas and traumatic memories.

In truth, when it comes to psychology, Freud, who was the one to popularise both these terms. He actually first used these two terms to mean the same thing. But he then favoured just the term ‘unconscious’.

Today, most mental health professionals and scientists just stick to the term ‘unconscious’.

Freud’s theory of the unconscious

Freud, seen as the father of psychoanalytical psychotherapy, did not create the concept of the unconscious. The idea of an unconscious part to our mind could be seen as going back thousands of years, to such ancient texts as the Hindu Vedas even. But he made the term an important part of psychotherapeutic thought.

Freud decided the mind had three main sections, the conscious, the preconscious (like a waiting room for thoughts we aren’t currently aware of but can call up when needed), and the unconscious.

Freud saw the unconscious as a hiding place for things we feel are threatening to our existence if we were to accept them, or that we judge as irrational. These include desires, primitive impulses like ones of a sexual and aggressive nature, difficult memories, and traumatic experiences.

The tools of psychoanalysis were designed to help your therapist ‘tap into’ and interpret your hidden unconscious storehouse. These include free association, dream analysis, and verbal ‘slips’ that you might have heard called ‘Freudian slips’.

Freud’s model has been heavily contested, especially with advances of neuroscience and new ways to carry out cognitive research.

But what is useful to take from Freud’s theory, and the idea that is still really behind most modern ‘talk therapies’, is that it is often our unrecognised thoughts, memories, and feelings that make us unhappy and drive the behaviours that make us unhappy. Using techniques that help you unearth and process such ‘unconscious’ blocks can lead to making better choices for yourself, and to feeling better in general.

Do you have a question or comment about the unconscious mind? Post in the comments section below.

4 Responses to “What is the “Unconscious” Mind?”