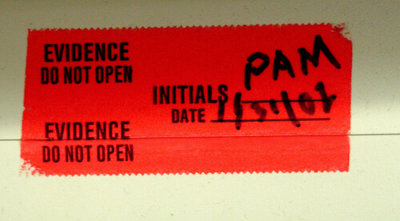 You might have seen the term ‘evidence-based’ on different psychology and psychotherapy sites. It sounds impressive — but what does it really mean?

A Definition of ‘Evidence-Based’

The term ‘evidence based’ means that the best available facts and information have been taken into account. It’s a term mostly used in connection to health services, although it’s also used in education.

When it comes to psychology, ‘evidence-based’ thus refers to a treatment, methodology, or approach that is supported by the best available clinical evidence. This can include research studies, data collating and analysis.

Why use the term evidence-based?

The term ‘evidence-based’ is intended to differentiate a therapy type, treatment plan, or methodology from those that are based on traditional ways of doing things. These include long held, but not thoroughly questioned, approaches and schools of psychotherapeutic thought.

Ways the term ‘evidence based’ is used in psychology

So how will you see the term ‘evidence-based’ used when it comes to counselling and psychology? Here are examples: 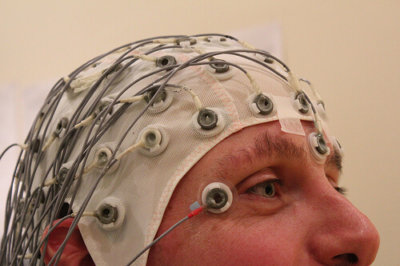 Evidence-based therapy – A kind of therapy that has been tested with clinical research. You will be able to find study papers with statistics showing just how well the therapy works, should you so choose.

Evidence-based practise – This refers to a way of practicing counselling and psychotherapy that attempts to integrate the advice of current research with proven clinical expertise (a practitioner’s experience, skills, and education) and individual client needs.

Evidence-based treatment – In each country there is a body or association that regulates and influences what mental health treatments practitioners should be offering clients to achieve the best possible results. They base these suggestions of ‘evidence-based treatment’ by keeping on top of all new research and rating how effective it is. In the UK, this body is the National Institute of Health and Care excellence (NICE).

Have you been given a clinical diagnosis with medication involved in your treatment, such as adult ADHD or bipolar disorder? You might find it useful to look into evidence-based treatment to see how the plan put forth by your mental health provider matches the recommended treatments of the medical boards in your country.

The pros of evidence-based therapies

Therapy is not an exact science, and popular approaches to psychotherapy and counselling change with the times. For example, nowadays some of Freud’s once highly regarded theories are subject to fierce debate.

Then there is just the wide array of therapies available today. It can difficult to know which one to choose and trust. Will it work? Is therapy worth the money?

So any sort of proof that a type of therapy works can be comforting.

The cons of evidence-based therapies

There is room for argument that the focus on evidence-based therapies is not always a fair one, but is subject to trends and funding pressure.

A popular new therapy is often funded for research more than an older form of therapy. Cognitive behavioural therapy, for example, has had more research done around it than any other sort of therapy.

Is it therefore fair to say that a type of therapy with thousands of studies is proven to work better when the other therapy has not been thoroughly looked at? But has only seen a handful of studies carried out?

Because funding boards and health insurance providers as well as the NHS tend to favour evidence-based therapies, then these therapies receive even more funding for research. Other therapies that might be just as if not more useful can’t compete.

Then there is the issue of the validity of the research being done. Psychological research has various and complex challenges. These range from lack of clear protocol around methodologies, to big conclusions often being drawn from surprisingly small sample groups.

Of course the simplest and most evident issue is that the subject of any psychological study is by default inconsistent, because people themselves are all so different.

So should I choose an evidence-based therapy?

If you think the evidence-based therapy suits your needs, then yes. For example, cognitive behavioural therapy deserves its reputation for helping with anxiety and stress. But if you experienced a childhood trauma such as sexual abuse, it might be that you also need a longer term therapy. A therapy such as psychodynamic therapy offers a supportive space to dive more deeply into the past.

And just because a practitioner is trained in an evidence-based therapy does not mean they are a good therapist. A good therapist is more than a qualification, they need experience and a true love for what they are doing. Plus, therapy is a bit like dating – it’s a relationship, and you need to find a therapist that works for your personality and whom you feel you can trust.

Harley Therapy connects you with therapists who are both trained in evidence based therapies and are also warm, supportive, and professional. Book now in three London locations, or try an appointment via Skype Therapy from wherever you are in the world.

Have a question we didn’t answer? Post in the comments box below.