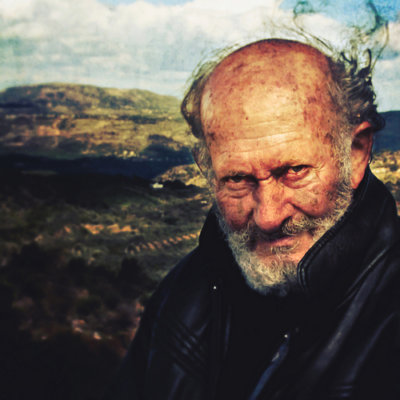 By: SpaceShoe Learning to live with the crisis

The job you spent years waiting to be promoted into is given to a new employee. The partner you loved leaves you for another. The friend you trusted runs off with your savings you lent them in good faith. There are endless reasons why you might be sure you deserve to spend the rest of your life bitter and resentful.

But is bitterness worth it? What are the effects of bitterness on psychological wellbeing? And why is it that some people become bitter from life experience and others don’t?

A bitterness definition from psychology

In psychology, the emotional reaction and mood of bitterness is referred to as ’embitterment’. It is an emotional state of feeling let down and unable to do anything about it, or, more colloquially, to always feeling a ‘loser’.

Embitterment is different than anger because although it involves the same outrage it also involves feeling helpless to change things.

Is bitterness serious? German professor and psychiatrist Michael Linden certainly thinks so. He was the first to propose that bitterness should be its own psychological disorder, calling it “post-traumatic embitterment disorder” (PTED).

Linden noticed that some people experience a life trauma such as the death of a loved one or serious illness and don’t develop the fear-based anxiety that leads to a diagnosis of post-traumatic stress disorder (PTSD), but still suffer long-term negative psychological reactions. Linden felt the accepted use of an umbrella term ‘adjustment disorders’ was not taking this group seriously and was too vague, meaning this disorder was overlooked for further research. 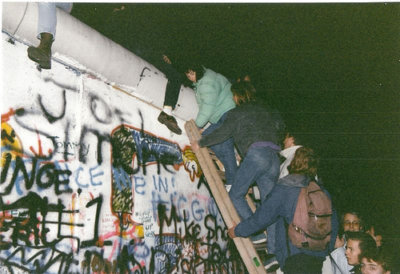 He was particularly inspired to fight for a new diagnosis to be made available by what he observed in Germany post the fall of the Berlin wall.

Although there wasn’t a noticeable change in rates of reported mental disorders immediately following reunification of the country, a decade later people were reporting severe psychological reactions to things that happened in their past. But these patients did not quite fit the diagnostic criteria for PTSD or regular depressive disorders.

Linden proposes the following criteria for a diagnosis of PTED:

Many of the symptoms of PTED are the same as PTSD, such as feelings of helplessness, blaming yourself, feeling edgy and aggressive, sleep troubles, appetite change, reduced libido, lowered motivation, and phobias around revisiting places that remind you of the event.

The difference between post-traumatic embitterment disorder and post-traumatic shock disorder is that PTSD sets off constant panic reactions that leaves you on high alert, whereas PTED does not cause this constant fear state but rather a state of fury and helplessness (embitterment).

Despite the research Linden has done, the agreement of others in the field, and the fact that PTED can be clinically distinguished from PTED, the term has yet to be officially recognised.

The long term effects of bitterness

As Linden’s research shows, bitterness can lead to long term psychological distress that affects everything from your sleeping patterns, appetite, and sex drive. What other effects can bitterness have on your life? 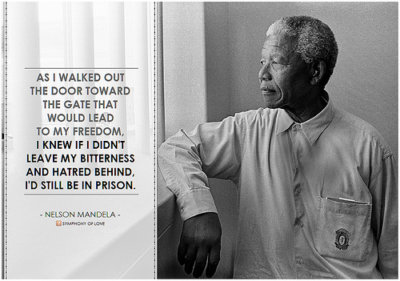 Dwelling on what happened allows bitterness to become a permanent part of your character, leaving your self-image to slide from competent and purpose-driven person to that of helpless victim.

Bitterness can make you so self-protective you view the entire world through a jaundiced eye, avoiding opportunities and relationships that could be fulfilling.

Stops the clock of your life.

Dwelling on what hurt you keeps you trapped in the past, prolonging your pain and preventing you from moving forward with your life. It also stops you from being in the present moment, blinding you to any good things going on right in front of you.

People who are bitter usually spend a fair amount of time replaying the event, retelling the event, and spinning out “if only that hadn’t happened” scenarios. And this takes time and energy, resources far more important than whatever was taken from you.

While it’s normal to go through a rough patch and support is what friends are for, when someone obsessively complains or rehashes the same event again and again, eventually, it becomes draining on others. Bitterness can drive people you care about away while attracting other bitter people into your life.

If bitterness causes so many problems, why do people cling to it?

We might claim our grudge and bitterness is only because of ‘fairness’ or ‘a sense of justice’, but there is usually a deeper psychological reason we hold onto something.

Bitterness can actually be something that gives someone a sense of purpose, even if it’s negative. In this way it can be a backwards way to boost low self-esteem and confidence, or shore up a weak sense of self-identity.

Bitterness is also a way to hide from a fear of life change or of failing. If something bad happened that you can be bitter about, you can use it as an excuse to not try other things.

And claiming that life would have been great, or you would have been very successful ‘if only that horrible event/person never happened’ is also a way to avoid taking responsibility for making your life go the way you want, or, indeed, for what happened.

Did you ignore warning signs and jump into an unwise relationship? Believe promises of someone pushing a bad investment or reckless mortgage? People who refuse to relinquish bitterness often know they had a hand in what happened, but are overwhelmed by a sense of shame so great it keeps them from moving on.

When to seek support for your bitterness

Bitterness can drive away the friends and family we once relied on, and can leave you unable to see yourself clearly. If your bitterness is affecting your daily life, relationships, and career, or if you feel reading the diagnosis list above for PTED you match the symptoms, it’s a good idea to seek the help of a counsellor or therapist. They can help you get clear on when your bitterness began and if there are further psychological issues at hand like anxiety and depression.

Did you get over your bitterness? Share your story below, we love hearing from you.

36 Responses to “Bitterness – Why It Is a Real Psychological Concern”