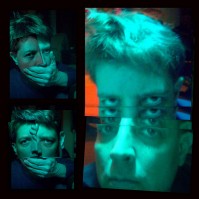 Are you the sort who likes to say, “I never get angry?”

But at the same time, are you also the sort who can’t get ahead in life, has trouble feeling energised and happy, perhaps feel like colleagues don’t like you or pick on you, and who constantly has the flu or a cold?

It might be that really you suffer from denied and repressed anger.

If you have a combination of the below symptoms, it might be you are denying your true emotions on a constant basis.

1. You are busy all the time. Keeping busy is a sure fire way to have no time to feel things. This might include being quite codependent, taking care of other people’s issues instead of your own. And it often includes being a workaholic.

2. You are never angry but have constant mild depression. The problem with blocking one emotion is that it often messes up or blocks our ability to feel other emotions, too, like joy and excitement. It also takes a lot of psychological energy to keep things repressed in our minds which can leave us feeling drained, leaving some to call depression ‘anger turned inwards’. 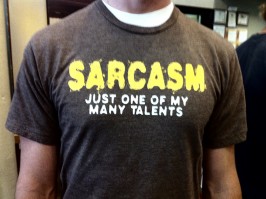 3. You are known for your sarcastic humour. Repressed anger often parades as sarcasm, meanness, or an apathetic ‘I don’t care’ attitude.

4. You self-sabotage often. Perhaps you are always late getting to work, are a student who skips classes, or don’t respond to opportunities you want until it’s too late and you’ve missed the boat.

5. You hate rejection. The habit of repressing anger often stems from growing up in a household where showing emotion led to being silently ostracised. This can leave you a grownup with a deep fear of being rejected that surfaces in your relationships. It can also show up in your work environment, where you might get told you are oversensitive to criticism.

6. Little things really bother you. Perhaps you are the one in the office always complaining if someone puts back the milk carton into the fridge with only a drop left in it, or the one at the gym who feels really upset if someone doesn’t wipe down equipment they have used. This is because bigger repressed anger is seeking an outlet and it comes out in the form of frustration and annoyance. 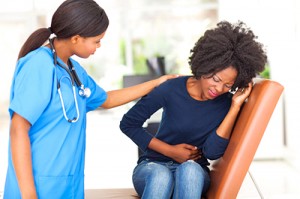 7. You suffer muscle tension. Anger has to go somewhere, and often it goes to our body, leading to a tense jaw, sore upper back, or a constant tense stomach that can lead to ulcers (if this is you, you might want to try progressive muscle relaxation).

8. You suffer from ongoing fatigue, many colds or flu, or perhaps chronic pain. As well as muscle tension repressed anger can lead to anxiety, which affects sleep, which then lowers your immune system. As for chronic pain, some specialists believe that psychogenic pain (physical pain caused or exacerbated by mental and emotional factors) can be a distraction to keep oneself away from repressed emotions, although this is still considered a controversial theory.

9. You have nervous habits. Things like nail biting, chewing the inside of your mouth, or picking at your skin can all be signs of repressed anger.

10. You struggle with addictive behaviour. It doesn’t have to be drugs or alcohol. It might be that you are a shopaholic, a love addict, an over-exerciser, or a food addict. Addiction is often a way to distract ourselves from things that feel painful, and if we are in pain over something, we are often very angry about it, too.

11. You need to be in control of your life. If we are controlling emotions, it can lead to a desire to also control our exterior environment.

12. You’ve been accused of being passive aggressive. Passive aggression happens when instead of expressing our anger directly we do it indirectly. This can include things like being nice to someone’s face but gossiping about them behind their back, or telling a partner we aren’t angry about something important like how they spent the month’s budget but calling them lazy for not putting the rubbish out. 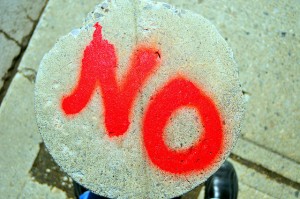 13. You have trouble saying no. As healthy anger is what leads us to set boundaries, never showing anger often means never saying no or even realising that you can.

14. On the rare occasion you do get upset, it tends to be a blowout. You might only get properly upset once a year, but it tends to be explosive and something others live in fear of. This is what happens when there is a build up of emotions.

15. You feel happy all the time, just pure peace and love. This kind of belief about oneself generally points to some deep-rooted denial. The human mind and emotional system is not one-sided. Nobody feels great all the time. If we did, we’d never learn anything, as we grow from being challenged and by contrast – which includes not always liking what other people do and say.

Why would I repress my anger?

It’s unlikely anyone wakes up one day and decides, “right, from now on I’ll just never feel angry”. We instead tend to repress anger without realising it, convincing ourselves we never have any such feelings as anger, are not the emotional type, or were just ‘born happy-go-lucky’.

The tendency to repress anger is instead an unconscious decision generally formed by the core beliefs you decided on as a child. Core beliefs are both decisions we make about how we’ll see the world and values we take on board about what is important, both derived from the things we see around us and the experiences we live through.

How does one develop the core belief that anger should never be expressed?

It might be that in your household emotions were over-expressed in an unhelpful way. Incessant and unproductive fights between your parents or family members could have lead the child you, from your then vulnerable perspective, to see anger as dangerous. This would be especially driven home if there was physical violence between your parents, even if it was just one occasion where something was thrown. 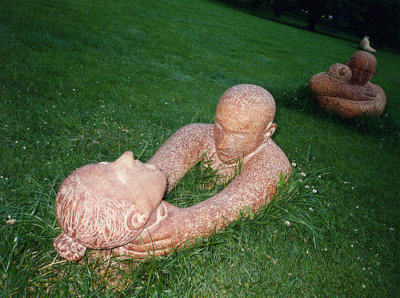 Growing up in a household where emotions are under-expressed, or not shown at all, can be just as damaging. Any show of emotion you had might have been met with silent disproval, a negating response like ‘don’t be silly, you’re not really upset’, or with a form of rejection that saw you sent to your room until you knew how to ‘behave like a good child’. Worse, you might have been shamed for being emotional. This can lead to being an adult with a core belief that if you show how you really feel you’ll not be accepted or loved, or an adult who is convinced they have no emotions at all.

Another way you might end up an adult who represses anger is if you grew up with a parent who encouraged a codependent relationship with them. This means your parent relied on you for their sense of happiness, perhaps making your the caregiver instead of them. You might have taken on board that you could not have negative emotions or you would destroy the happiness of those you love and their sadness would be all your fault. Such a child grows up to be an adult who only acknowledges their ‘acceptable’ side and denies the rest out of a deep rooted fear of rejection.

So what do I do if I think I’ve got a problem with repressing my anger? 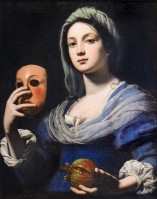 Take the time to learn about healthy ways to deal with your anger, or even how to recognise your feelings in the first place. You can start with our article, “How to Deal With Anger“.

Consider working with a therapist. Repressed anger tends to have deep roots, going all the way back to childhood, and it can be hard to manage by yourself. A therapist creates a safe space for you to process your anger in productive ways. It’s especially important to reach out for help if you feel overwhelmed by your anger when you start to access it.

What is important about learning to release anger is that you release it for yourself in a safe way and realise that anger and violence are not the same thing. Healthy release of anger never involves abuse or violence of yourself or another, or any living being.

If you feel overwhelmed by your anger, and if at any time you fear you will hurt yourself or another or turn to violence, reach out for help. Call a therapist or a confidential hotline such as the Good Samaritans 24-hour hotline here in the UK at 08457 90 90 90.

52 Responses to “Is Repressed Anger the Real Reason Your Life Feels Stuck?”