Brain implants – the next step in Depression, Anxiety, and Addiction Treatment? 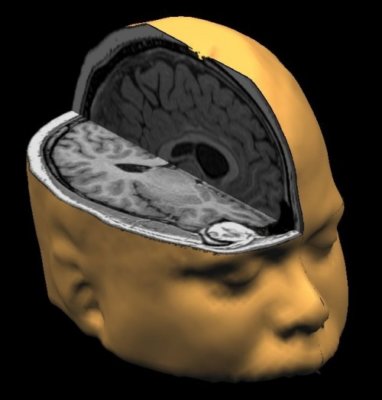 A new project called Systems-Based Neurotechnology for Emerging Therapies (SUBNETS) has now been announced in America. It will be using advanced technology to target and correct faulty brain circuits with skull implants.

Led by a team of scientists and doctors at UC San Francisco, we’re not talking small-scale, either. This launch is one of the pilot projects of the Brain Initiative (Brain Research Through Advancing Innovative Neurotechnologies).Rolled out by President Obama himself, it’s aim is to grow research for treating and preventing brain disorders, including Alzheimers and autism.

And it’s all funded by the Defense Advanced Research Projects Agency (DARPA) to the tune of $26 million. Not surprising, given that psychiatric conditions such as PTSD are a huge problem amongst soldiers and veterans.

Is this really the “big solution” we’ve been waiting for – or should we be worried?

Reading about the program it can be tempting to think it’s a hoax. A chip implanted in your head is the next cure all for psychological health conditions? Really?! Or to immediately think of a movie like iRobot, where technology plus brain science equals eventual disaster. And with both government and military involvement it’s more than enough fodder for conspiracy theorists to live off for months on end.

For mental health professionals and those who are committed to helping and changing psychological health, however, there are other imperative questions that spring to mind.

News of this project could in some ways do damage to all the work that has been done to end mental health stigma, for starters.

It glibly implies that psychological health challenges are all just brain rewiring issues, when this is far from the truth. Yes, it would be wonderful to cure serious conditions like Alzheimer’s and autism. But with depression and other psychological challenges, biochemistry and genetic factors are actually only one part of what makes up the illness/wellness balance.

We already live in an increasingly ‘shortcut addicted’ society. A chip sounds far easier than things like talking therapy, personal responsibility, and emotional processing. Even if in many cases of regular depression these tried and tested techniques suffice. What will the trickle down affect be from this technology?

How long have brain chips been used for individual treatment?

Note that it’s not just ideas we are talking about. The technology is already well under way for SUBNETS. Implantable devices called Brain Machine Interfaces (BMI) have been in development for years, if with a slightly different aim. The idea has been to use the implants to control prostheses. The tiny computers convert thoughts into action and were intended to help those suffering from disabling neurological problems that affect motor and cognitive functions. For example, a chip could translate neural activity into control commands for a robotic arm. 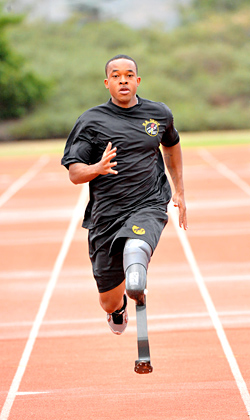 The plan is that the devices will be tweaked to detect then troubleshoot abnormal activity in certain parts of the brain. First, the implants will be used to record and understand how large-scale brain circuits work when someone is suffering something like anxiety or depression. Then, another implant that can electrically stimulate not a prosthetic limb, but another part of the brain that can lesson symptoms, can be created and inserted.

When the project launches on June 1st, 2014, recordings will first be made with a control group who suffer Parkinson’s disease or advanced epilepsy. These individuals already have a different kind of brain implant chip in place for deep brain stimulation (DBS), an established therapy to correct faulty brain wiring in movement disorders, and are already having recordings made of their brain as part of their treatment.

The risks and the unknowns

Of course while the technology seems in place, the brain itself is still an unknown variable. One of the team members of the study, Dr. Vikaas Sohal, cheerfully admits this in the study’s glossy, carefully ‘down to earth’ promotional video. “We know parts of brain that are important and form critical roles in disorders but not how the parts of brain interact in ways that contribute to disorders.” Edward F. Chang, team leader, points out, though, that the new advanced chips will “reveal aspects of mental illness that have been inaccessible to scientists and doctors. We can get a more detailed look than ever before.”

In summary, the project is still very much about research and does not look without risk and unknown outcomes. It’s still very unclear how the brain dysfunctions in the first place when it comes to psychiatric conditions, and how (or even if?) one can actually correct the troublesome patterning in things like depression, whether or not results have been found from neural stimulation in other conditions.

And yet it is undeniably hard not to feel excited by the project, especially when one reads that the idea is not that the patient will always be reliant on a tiny brain implant chip in their head sending signals, but that the wonders of neural plasticity mean the brain could ‘unlearn’ the faulty patterns and the patient would be cured. For things like autism and Alzheimer’s, conditions that truly challenge not just sufferers but their families as well, this could be revolutionary.

But why does the focus of the news release so heavily focus on how it could cure depression, with one of the doctor’s in the video giving us a sensitive face and talking about how millions of people are affected, including people he knows? Hopefully this is isn’t just about the US government’s worries about it’s $42 billion a year bill for dealing with anxiety disorders.

It surely can’t be happy reading for the American drug industry. Speaking of industry. How will the entire sales marketing system for the chips work if (when?) they reach prescription level? How much will they cost, how much of ‘the next shortcut to happiness’ will we be led to believe they are? One can’t help but remember the shiny happy promise Prozac was once touted as and note the uncomfortable twinge that brings…

2 Responses to “A brain Implant Chip to Make You Happy – Would You Say Yes?”