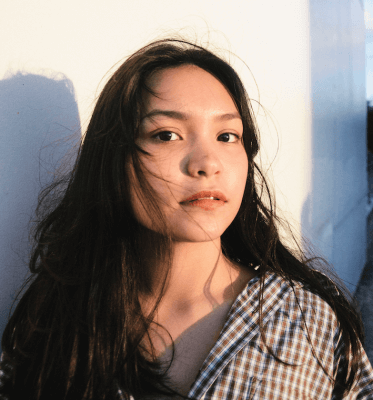 Feel like you were born disorganised? Always been a bit of a mess? Messy house, messy finances, messy relationships, messy thinking, even? Tried all the tips — making lists, decluttering, doing one thing at a time — and still can’t keep up?

Am I just the creative type?

Blame it on being ‘born with a creative brain’?

Creativity is not seen as a personality trait we are born with, but more of a skill we learn.

Research has long shown that we are in fact all born creative. For example, researcher George Land followed 1,600 children way back in the 1960s. Using a ‘creativity test’, he discovered that 98% were ‘genius’ level at aged five. By adults, that had dropped to 2%. So it’s a skill we can also unlearn.

Nor does creativity necessarily equate to disorganised. It just means you have to devise a way of organising that works for you. Which might, for example, be sorted piles of paperwork over everything alphabetised in a file folder.

So I wasn’t born unorganised?

We can actually be born with brains that have a different capacity for organisation than the norm. Someone with learning differences or attention deficit hyperactivity disorder (ADHD) might really struggle to be organised. Their brain does not naturally veer in that direction, or they have a strange way of organisation that others can’t understand.

ADHD – order in the chaos 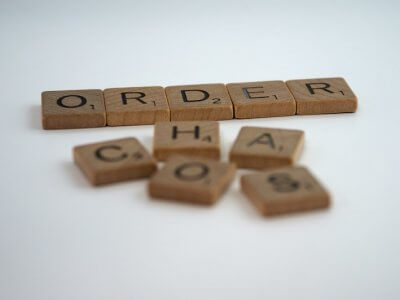 A review on current treatments for adult ADHD published in the Journal of Neuropsychiatric Disease and Treatment points out that, “Spouses who do not have ADHD usually complain that their partner is unreliable, messy, disorganised.”

But it’s not that those with ADHD have no sense of organisation. It’s just that they organise differently.

For example, those with ADHD can think in circles, coming back to a topic after veering off in other directions, each time with new insight. If they are talking to someone who thinks in a very linear fashion, this might seem disorganised. But there is ‘order in the chaos’.

Another thing that can happen with ADHD is ‘hyper focus’. You might have the messiest kitchen known to man. Then one day, you decide to tackle it, and end up with micro systems of organisation others haven’t even thought of. The trouble is that hyper focus tends to be badly timed. So you probably chose to deal with the kitchen on a day you had an important deadline, or lost track of time and forgot to pick the kids up from school.

Sometimes our brains are quite average, but environmental factors have led to us being a disorganised sort.

In psychology, ‘environments’ refer to the people we interact with, and the experiences we live through. Things like family, teachers, and traumas influence how we see ourselves and the world. If our experiences are negative, the mental health issues that arise affect our behaviours, which can in some cases affect our ability to organise.

So what are these mental health issues that might affect our disorganisation? 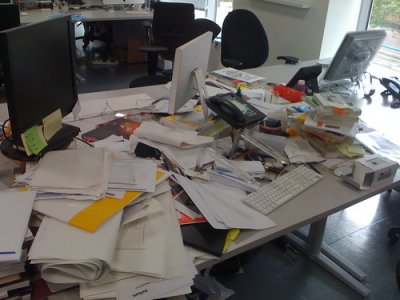 If we feel we are stupid, and not good enough to do things, then we don’t try. This can include trying to organise our life.

Low self-esteem is also connected to what are called ‘limiting beliefs’. If we have a limiting belief that “I don’t deserve good things’, then we’ll create a life that ‘proves’ this belief true. This can mean having a messy house instead of a beautiful one we are happy in, or always being late so that others are angry instead of happy with us.

When we are depressed, our brain seems to shut down or dampen. It’s like a fog rolls in, and we can’t think clearly. And we suffer from fatigue. We are dialled down to low, and it takes twice as much effort to go half as far.

Anxiety is based on racing, increasingly illogical thoughts about your future. Your brain is so consumed by ‘what might happen’ that it can be hard to stay focussed on the life in front of you. You can make mistakes at work, forget to meet a friend, or just be disorganised in general.

Post-traumatic stress disorder (PTSD) was first a diagnosis for soldiers, and those in emergency services. But we now know that PTSD is far more prolific, and can result from anything your brain decides to process as trauma.

If you experienced ongoing trauma as a child, and now have PTSD-like symptoms, this can be referred to as ‘complex PTSD’. Research shows childhood trauma affects the way the brain develops.

Trauma becomes a perfect storm when it comes to organisation. It can include both depression and anxiety, and symptoms of distraction that in some cases can lead to a misdiagnosis of ADHD.

Lack of sleep or disrupted sleep leads to troubles thinking clearly, which then affects our organisation skills.

So being disorganised is not my fault?

“Laziness” is often a misnomer. Nobody wants to suffer because they can’t keep their life organised enough to avoid things like unemployment, money issues, and loneliness. An average person manages to keep up, even if they spend hours playing video games or hanging out with their friends and have a messier house than most.

If you can’t keep up with life, and you have upsetting experiences in your past you’ve never talked about or dealt with? Or suspect you have adult ADHD or learning differences? It’s worth looking at how they might be connected to always being disorganised, then reaching out for support.

We connect you with highly regarded mental health experts in central London, available for in-person or online sessions. Or use our booking platform to find affordable UK-wide therapists now.

Still have a question about why you are so disorganised? Use the comment box below. Note we cannot provide free counselling over comments.