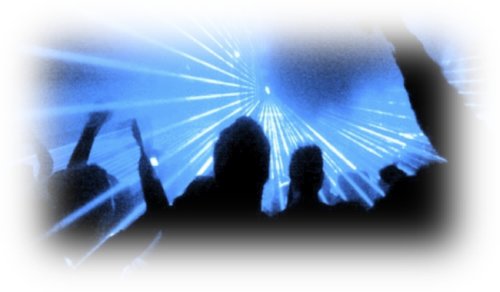 The Rise of Recreational ‘Club Drugs’

Drug use within the UK has undergone a significant transformation over recent years. There has been a marked decrease in use of traditionally problematic drugs such as Heroin and Crack Cocaine, but matched by a sharp increase in a new group of substances called ‘Club Drugs’. This umbrella term has defined a number of substances ranging from drugs such as Ketamine, Mephedrone and GBL, to the so-called ‘legal highs’ that have featured so prominently within the media. Whilst in the past these drugs have often been defined as ‘recreational’ and largely unproblematic, the latest generation of ‘club drugs’ has witnessed new harms including bladder ulceration, psychosis and severe psychological and physiological dependence.

Despite these significant harms, a pivotal issue has been the lack of engagement from club drug users with ‘traditional’ Heroin and Crack orientated services, with users feeling that these services have little knowledge of the newer drugs and their associated lifestyles. Consequently, over recent months attention has turned to improving both knowledge and treatment towards these drugs and exploring in more depth the harms they cause both psychologically and physically to their users. This blog hopes to bring to light some of the differences between these drugs and ‘traditional’ problematic drugs such as Heroin and Crack Cocaine and highlight some of the ways counselling and psychotherapy can aid those running into trouble with Club Drugs.

What are Club Drugs?

“Party Drugs, “Club Drugs” “Recreational Drugs” “Novel Psychoactive Substances” “Uppers” and “Downers” are all names we provide to a group of drugs that we commonly associate with clubbing, raving and dancing. These drugs are generally stimulants, although not always, and their general function is to increase energy, induce intense positive emotion and heighten sociability and sensory experience. Yet, none of the names really can do justice to the number of different contexts that these drugs are used. Festivals, parties, nightclubs, workplaces, homes and holidays are all contexts where these drugs are consumed and the list of potential new drugs grows week by week.

For simplicity, the drugs listed below are what we are commonly referring to when we use any of the names listed above:

In the past, these drugs used to be referred to as ‘recreational’ drugs and often a clear line was drawn up between problematic drugs on one side such as Heroin or Crack Cocaine, and recreational drugs on the other such as those mentioned above. However, this distinction is problematic for several reasons not least that it presumes that the only drugs that cause problems are Heroin and Crack Cocaine. So what problems are associated?

While the reality is that millions of people use these drugs every weekend in the UK, some people are running into problems with these drugs. Some of these harms are purely physiological such as ‘Ketamine Bladder’ where the daily use of Ketamine can lead to ulceration of the bladder and in extreme cases bladder reconstructive surgery, or GBL/GHB where the user can form a physical daily dependence on the drug. Most cases, however, describe intense psychological cravings and compulsions to use these drugs every day and in spite of significant harms they are causing. This can lead to the destruction of jobs, relationships, finances and housing in extreme cases. It can also mean that the once normal daily activities of life can seem unthinkable without the drug. For example, Crystal Methamphetamine users find having sex or becoming aroused almost impossible without the aid of the drug.

These drugs also have a marked effect upon brain chemistry leading to vicious cycles of depression and anxiety. In some drugs such as Crystal Methamphetamine and Mephedrone, psychosis has also been seen where users see and hear things that aren’t there, feel extreme paranoia, and try to harm themselves or others. These feelings can last substantially longer than the drug itself, and can leave the user feeling extremely isolated and confused. With the new legal highs, no-one really knows what makes up these drugs and so a number of unexpected problems may arise.

Finally, drugs such as Crystal Methamphetamine, GBL and Mephedrone are popular among LGBT populations and are causing problems for some gay men particularly in relation to sex. These drugs can increase the sex drive substantially and can lead to people taking risks that perhaps they wouldn’t do when sober. Consequently, a number of problems can arise including sexual assault, transmission of sexually transmitted infections, psychosis and physical dependence.

Given the significant psychological impacts these drugs can have, counselling and psychotherapy can reap rewards for users trying to re-establish their lives in light of club drug use. For many, counselling can aid the vicious cycles of depression and anxiety that can follow on from prolonged drug use. It can give an individual the time and space to talk through why their drug use moved from something that was undertaken occasionally to something that has taken over their day-to-day existence. A therapist specialising in drug use can help explore boundaries and where those boundaries are in relation to drug use. Is it something that the person only wants to do when clubbing or when out with certain friends? It is something they want to stop all together or just be able to control? They can also explore whether the first time use of the drug was to help with an existing problem such as social anxiety or a traumatic past. Is the person using GBL/GHB to help them sleep or have sex? All these issues can be explored within the safety and protection of the therapeutic environment and can help the individual to re-evaluate their drug use and empowering them to make choices that are right for them.

If you think you are struggling with one of the issues mentioned above then therapy may help you to make the changes you want to make. Therapy can help bring these struggles to light and help manage them so that day by day things get a little better and a little easier.