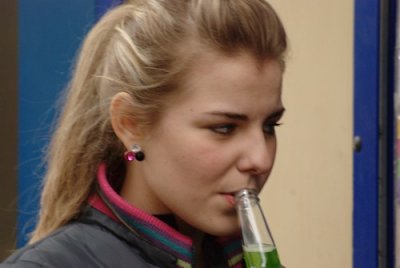 Do you wish you had more control of your life and habits? But wonder if an addictive personality disorder is the problem?

Editor and lead writer Andrea Blundell explores what an addictive personality is or isn’t, and what you can do next if there is a problem.

What is addictive personality disorder?

Addictive personality disorder is a theory about why we might have several bad habits we can’t resist.

Alan R. Lang was the psychologist whose 1983 study was seized by the media and triggered the idea of an ‘addictive personality’, when it suggested contributing personality ‘factors’ (not traits) for addiction. But he himself concluded that,”there is no single, unique personality entity that is a necessary and sufficient condition for substance use.’

And there is also the small issue that the definition of ‘addiction’ itself is still debated.

All this aside, it is true that there is a list of several personality traits that, in combination, can mean you are more likely to develop addictions, or lead to a personality disorder that makes you more susceptible.

And these personality traits or disorders, combined with things like genetics, meet with difficult environments that then become a recipe for addiction.

The dangers of the ‘addictive personality’ myth

Clinical professor of social work Maryann Amadeo points out in her paper ‘the Addictive Personality’ that the idea of an ‘addictive personality’ reinforces “the pathologising, stigmatising, marginalisation, and homogenising of individuals.” 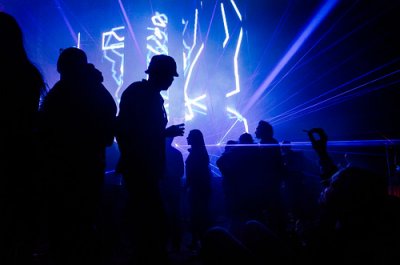 And you can be using the concept against yourself, if you are:

So what are those personality traits that could make you more likely to become addict? Again, there is no exact formula here. But the list includes:

Genetics also can mean you are more vulnerable. You might genetically struggle to metabolise alcohol, or have a genetic disposition to be anxious and sad and therefore be more likely to seek solace in substances.

Of course a genetic dispositions need environments that trigger and feed them to become a problem.

This is illustrated by a study led by Italian researcher Francesca Ducci looking into the MAOA gene (also called ‘the warrior gene’ as it makes us assertive and aggressive) and it’s relation to alcoholism and abuse. In the women she studied, those with low MAOA activity who were abused were very likely to become alcoholics, whereas those with high MAOA activity who suffered abuse weren’t. It took both the gene and the trauma for the pattern to exist.

Environmental influences that lead to addiction

The biggest is childhood trauma. This could be physical or sexual abuse. Or you might have lived through a terrifying experience, such as an accident, or watching someone get attacked.

Your life might have been filled with difficulties that were too much for any child, called ‘adverse childhood experiences’ (ACEs). These include a parent being mentally ill or an addict,  emotional or verbal abuse, neglect, parents divorcing, or a parent going to jail.

Not feeling loved is its own kind of trauma, resulting in attachment issues as an adult. If your parent was emotionally unavailable, or you couldn’t trust them, or they made you ‘earn’ love by being what they wanted, you can end up anxious or unable to connect and with low self-esteem, and things like drugs or alcohol can become a respite.

And bad parenting has been linked to addiction. This includes constantly negative communication, parental inconsistency, unrealistic expectations, and parental denial.

But I really do have an addictive personality

It can certainly feel that way.

If you have one addiction, you are more likely to then develop another. You might be an alcoholic sex addict, or a workaholic with an overeating problem.

And often, if we try to give up an addiction, we end up replacing it with another. Alcoholics often start bingeing on sugary foods when trying to quit.

But again, these come down to a combination of other reasons and ways of coping that depend on many factors, not on your personality.

What to do if you feel you have an addiction problem

Addiction is an ‘umbrella’ word. It covers many different difficult habits, an immense amount of research, and also a lot of controversy over what it is and isn’t.

But if you have a habit that:

Then instead of wondering why you are struggling, or if it is or isn’t addiction, and is or isn’t down to your personality traits, why not just seek some support? Andrea Blundell is the editor and lead writer of this site. She studied person-centred counselling and coaching and has hopes to one day by a clinical hypnotherapist. She thought she had an addictive personality for years, and still tends to be impulsive. Find her on Linkedin.