Why is Cognitive Behavioural Therapy becoming so popular with people seeking counselling? What are the limitations of this form of therapy, and is it suitable for everyone?

Factors behind the increasing popularity of Cognitive Behavioural Therapy 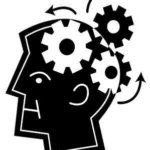 A major factor behind the popularity of Cognitive Behavioural Therapy is its accessibility. There has been a big increase in the number of CBT therapists available on the NHS – in 2007, the government earmarked £173m to train an extra 3,600 therapists in the approach by 2010 (figures from The Independent, link at the end of the article) Furthermore, following the trend there has been an increase in health insurance providers who cover talking therapy as part of their healthcare policies.

Some therapists at Harley Therapy accept clients covered by their health insurance. These combined factors mean that CBT is more readily available to people seeking therapy. In addition to this, Cognitive Behavioural Therapy can produce relatively rapid results, which mean it may be more affordable than more traditional time-intensive therapies. In an easy to read book Brilliant Cognitive Behavioural Therapy, Dr Stephen Briers writes on how the underlying principles of CBT can be mastered relatively quickly, meaning courses of therapy following the CBT model can be time limited and equip people with skills with in a few months (full reference below). David Clarke, Professor of Psychology and Director of the Centre for Anxiety Disorders and Trauma at Maudsley Hospital, says depending on the issue being worked through, a course of Cognitive Behavioural Therapy could last between six and twenty sessions.

Secondly, to use a different meaning of the word accessibility, the principles of Cognitive Behavioural Therapy are more easily understood than more complex theories, and are therefore relatively easy to learn. This helps empower the client who is undertaking the therapy.

Linked to this idea of empowerment is the fact that CBT is skills-based and takes an educational approach. It consists of being introduced to techniques that can be used to tackle issues such as negative thinking, and practising using them, with the facilitation and assistance of the therapist. It may involve “home work” of exercises to do at home, such as making a log of feelings. The focus is on a client learning skills needed for them to tackle their own problems, and solve problems on their own. These techniques, once learnt, can be used in the future and are useful when other issues come up. This means the therapists’ role is to help equip clients with skills and help them practice these, rather than be an expert that “fixes” problem. Therefore some people will find this approach less threatening, and also reduces the risk of emotional dependence upon a therapist.

Another important factor is CBTs recent unprecedented track record of research indicating its effectiveness. In the last press release it was mentioned that the standardised measures used in CBT meant it was more quantifiable, and usefulness could be measured more easily. The National Service framework, used by the NHS, classifies the quality of evidence that is used in support of effectiveness. Research into Cognitive Behavioural therapy has been classified “level 1” evidence, which means at least one randomised controlled trial and one good systematic review has been undertaken with positive and significant findings (cited in an article by Jeremy Holmes, 2001, link below). However it is worth highlighting other therapeutic approaches also received honourable mentions.

A thorough study into “What Works For Whom?” conducted by Roth & Fonagy, 2005, showed that there is a body of methodologically sound research studies that provide strong evidence Cognitive Behavioural therapy is helpful in treating major depressive disorders, social phobias, generalised anxiety disorders, panic disorders, post-traumatic stress disorder, bulimia, and some of the behavioural problems that autistic children may experience. There is also some evidence to suggest is can be useful in treating bipolar disorder, obsessive compulsive disorders, anorexia nervosa, cocaine abuse and sexual problems. (cited in Brilliant Cognitive Behavioural Therapy, Dr Stephen Briers, 2009)

Therapy has also be reported to be as effective as anti-depressants for many types of depression by the Royal College of Psychiatrists, which makes it an attractive choice for people who may not want to use conventional drug treatments (website address below). In the Independent, the National Institute for Health and Clinical Excellence (NICE) recommends CBT should be the first approach treatment for mild and moderate depression, followed by drug treatment only if it is unsuccessful in producing positive change .

Cognitive Behavioural Therapy seeks to measure the gains clients benefit from in observable and concrete terms. For example, during CBT, clients may be asked to frequently rate the intensity and occurrences of negative thoughts. A person experiencing anxiety may be asked to gauge the intensity of the anxious feelings from 1 to 10, whilst thinking about a situation that makes them nervous. If, during or after a course of CBT, they repeat the exercise and rate their level of negative feelings lower, this is a reasonably quantifiable, albeit subjective, demonstration that the client feels they have undergone positive change. This means it is possible to look at improvements made through CBT in measurable and more scientific terms than it is in other forms of therapy.

The need for careful assessment of most suitable therapeutic approach

However Cognitive Behavioural Therapy will not suit everyone, and its’ increasing popularity may mean conventional therapies that may be more useful for a particular person are overlooked. Another type of talking therapy may be more helpful to an individual than CBT. For this reason, assessment therapists should be able to discuss which approach they feel would be most beneficial.

Although CBT produces faster results than some conventional therapies, it is not a “quick fix” and requires effort and commitment. When an individual is feeling low, it may be harder than usual to summon the energy and concentration to work on the exercises. Furthermore, to overcome anxiety and negative thinking patterns, it is necessary to confront them and work through them. This may be very hard in the beginning if individuals have spent years trying to suppress or ignore these feelings. Confronting these feelings may create more anxiety in the short term.

Furthermore, Cognitive Behavioural Therapy cannot take the place of medication, if it is necessary. Depression can have psychological, physical and social symptoms, and can interfere with everyday work, social and family life. Mild and moderate depression may make daily life seem hard to cope with and seem less worthwhile, and have a significant impact on your daily life. However, if you have a lack of interest in doing anything at all which makes daily activities almost impossible, or physical symptoms such as excessive tiredness or loss of appetite, you may be suffering from severe depression. For people suffering severe depression, a medical diagnosis may be needed to determine whether medication is necessary. A visit to a GP could be a first step. Psychiatrists at Harley Therapy can offer diagnostic evaluations and treatment programmes if needed. There are different types of antidepressant treatments available and a psychiatrist can help determine which one may be most appropriate. All have side effects, so it’s important to get as much information possible about it to make sure to find the one that suits you best. (see BUPA fact sheet, link below) Cognitive Behavioural Therapy also cannot take the place of antidepressant medication, if it needed to help treat severe depression. As Cognitive Behavioural Therapy involves effort and self discipline, it may need to be used alongside medication, because changing thinking patterns may seem impossibly difficult until antidepressants have started working to make you feel better.

Finally, BUPA state about half of people who have an episode of depression will have another episode (BUPA fact sheet). Over a period of 15 years, almost 90% of people that have suffered an acute depressive episode will face a recurrence of symptoms. (Nierenberg, Petersen & Alpert, 2003)

If stressful events arise in life, and feelings of anxiety, depression or other negative feelings return, the skills learnt through Cognitive Behavioural Therapy should help you tackle them and keep them under control. Some evidence on the Royal College of Psychiatrists website suggests CBT may be more effective than anti depressants in preventing depression from coming back. This demonstrates how a course of Cognitive Behavioural Therapy can have long reaching positive consequences.