What is Mindfulness Based Cognitive Therapy, what are its benefits, and who is it suitable for?

Mindfulness-Based Cognitive Therapy (MBCT) is a relatively new form of therapy that takes features from both mindfulness techniques and cognitive therapy. 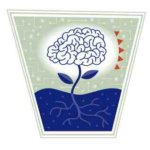 Mindfulness can be described as being in the present moment and being aware of one’s body, thoughts, surroundings and feelings. It has roots in Buddhist traditions and has increasingly been adapted for use in therapy. Mindfulness can increase concentration levels,
and can help both mental and physical conditions including obsessive compulsive disorders, anxiety, and prevention of relapse in depression and drug addiction.

Mindfulness involves regulating attention so focus is held on the present moment and what is being experienced at the immediate time, so thoughts can be recognised rather than ignored. Instead of trying to get rid of thoughts they should be allowed to drift through your mind.

Cognitive therapy aims to identify unhelpful and dysfunctional thinking patterns, behaviours and emotional responses, and change them to overcome difficulties.
Patients are helped to develop skills to identify distortions in thinking, change and modify their beliefs and change their behaviours and the way they relate to others.
The therapist helps the client test out negative beliefs with the intention of disproving them and therefore decreasing their power. Testing assumptions that a client holds and questioning thoughts can show how they are unrealistic and unhelpful.
Once thinking patterns are tested and challenged it is easier to change the feelings associated with them.

Mindfulness based cognitive therapy combines the best aspects from both these theories.
MBCT focuses on accepting thoughts and feelings without judgement, rather than trying to push them of consciousness. This makes it easier to recognise and correct cognitive distortions.

Where does it originate from?

Jon Zabat-Zinn developed a programme of mindfulness based stress reduction
which was found to make a significant positive improvement in participants’ ability to deal with anxiety, stress and chronic pain. This original programme has been adapted for use with major depressive disorders, to help people who have been repeatedly depressed stay well.

What is the aim of MBCT?

The aim is to be less likely to be drawn into automatic reactions to thoughts, feelings and events. Being able to respond rather than react means the likelihood of getting upset or flying off the handle is reduced. Working on increasing awareness means a situation will be considered before it is responded to. This helps decide the most appropriate reaction.

Another area of focus consists of tackling emotional barriers and the tendency to behave on automatic pilot. Being aware of breathing and staying in the present is also covered. An emphasis is also placed on the best ways a client can look after themselves when depression threatens to strike. As with standard cognitive behavioural therapy, a big benefit of this form of therapy is that it teaches techniques that can be used in future situations.

A strong message of MBCT is that thoughts are not facts. The aim is to allow negative moods, sensations and thoughts to drift through without having to battle against them, through staying in touch with the present moment. © www.harleytherapy.co.uk Accepting that just because you’re thinking it does not make it true can help you to stop fighting thoughts and accept them, at which point their validity can be considered. The priority is to learn how to pay attention and concentrate on each moment without judgement, and recognising that holding onto feelings is unhelpful and destructive.

What will it consist of?

Sessions may consist of classes and having assignments to do outside of classes. Mindfulness based cognitive therapy does take work, and it can be challenging. Clients will need to be committed and willing to do home assignments.

Who is it suitable for?

The UK National Institute of Clinical Excellence (NICE) recommends MBCT for patients that have suffered from three or more major episodes of depression.

A study conducted in Toronto, Cambridge and Bangor, participants who had had at least two major depressive episodes in their past either received treatment as usual, or treatment as usual and eight sessions of MBCT. The results showed MBCT most helped participants how had suffered multiple previous episodes. It had no effect on those that had only had two episodes. Those participants that had three of more previous episodes of depression experienced a substantially reduced risk of relapse. These findings were replicated by Ma and Teasdale in Cambridge, with relapse rate reduced from 78% to 36% in those who had experienced three episodes of depression or more.

What will you gain from MBCT?

Through mindfulness based cognitive therapy clients will learn to be more familiar with how their mind works and the patterns it follows. This will make it easier to recognise old habits that may reoccur and start a downward spiral. There is an association in the brain between negative thinking and depressive symptoms, and MBCT can help stop this link from triggering a depressive episode. By exploring more helpful alternatives to these old habits can allow a higher level of awareness of the world around you, rather than living in your own heads.
It can mean that instead of wishing things were different all the time, or beating yourself up for not meeting impossible goals, you can start noticing small pleasures and beauties that make life worth living.
It is possible to develop a way of thinking that doesn’t include battling with yourself and judging yourself all the time.

Stress produces emotional and physiological changes in the human which have evolved to increase chances of survival. However in a modern society, the threats are not the same as they were, but our bodies still react the same way. This stress can have a negative effect on mental and physical health, happiness and well being.

Studies have found that mindfulness specifically reduces distracting, negative and ruminating thoughts and behaviour (Jain and Shapiro, 2007). Focused breathing helps regulate emotions and reduce negative reactions to stimuli (Arch, 2006), and mindfulness results in reduced mood disturbance and stress (Brown, 2003) Practicing mindfulness also reduces stress, possibly because it helps re-assess what counts as a stressor – things initially seen as stressors may be relabelled after being considered (Garland 2009).

Limitations of mindfulness based cognitive therapy
As stated earlier, research shows that MBCT has no effect on people who have experienced two or less episodes of depression. Other forms of therapy may be more helpful in those circumstances.

For more information on Mindfulness Based Cognitive Therapy visit
https://mbct.co.uk

Therapists at Harley Therapy offer Mindfulness Based Cognitive Therapy (MBCT) London in both Harley Street and City of London.