“But you asked for my opinion, you can’t blame me if you don’t like it”.

Feedback can be confusing, especially if it comes from those we depend on or love.

When is feedback useful, when is criticism worrisome, and when is it abuse and time to walk away?

Honesty vs Criticism vs Verbal Abuse

Criticism is when we point out another’s perceived flaws and mistakes. Technically, using this definition, ‘honesty’ and verbal abuse are also forms of criticism. But there are important differences.

Honesty can be held up as a holy grail, ‘the truth’ that trumps everything else.

But while there are factual ‘truths’ in life, like what time someone arrived somewhere, what you ate for dinner, etcetera? Feedback tends to be more of a perspective – one person’s way of seeing things. So ‘being honest’ is actually just giving an opinion.

For example, “you get angrily too easy” is actually a perspective. From your viewpoint, someone is raising their voice is anger. For the other person, who grew up in a passionate large family where everyone spoke loudly to get his or her point across, he or she might feel they were just being excited or passionate, not ‘angry’.

Summary: For the most part, ‘honesty’, when it is negative, tends to really just be criticism in disguise. 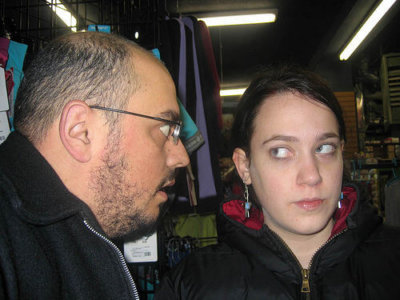 Again, feedback is considered criticism if we are pointing out what we perceive is wrong with someone. Criticism is not ‘the only truth’ as it is one person’s viewpoint.

Criticism is generally meant to help someone improve. But if given incorrectly it comes across as ‘I’m right about this and you are therefore wrong”. This leaves the other person feeling judged and cornered.

Constructive criticism, however, is more useful. It is when someone makes sure they understand all sides of the situation before offering an informed opinion. As they offer their viewpoint they clarify the positives as well as the negatives and make it clear they are only offering their own take on things. This allows the receiver of the feedback to see ways forward, and to feel supported over judged.

Summary: Criticism can be useful if presented in a fair way, although most of us tend to forget this and present it a way that comes across as judgement. So criticism can be hurtful, despite the fact that we are trying to improve a situation or help the other person.

[Is your partner really critical, or has your childhood taught you to encourage criticism? It’s an interesting question – read more in our article on “How You Mistakenly Encourage Criticism in Your Relationships“.]

Verbal abuse, also referred to as ’emotional abuse’, could technically be called criticism, as the person is pointing out negatives.

The difference here is that a person who verbally abuses another has no intention of seeing the positive side, considering the other’s viewpoint, or helping them improve.

They have the intention, admitted or not, of hurting and controlling the person they offer their ‘feedback’ to.

Verbal also abuse tends to criticise you as a person, not just what you did and the consequences of the action.

Summary: Like all forms of abuse, verbal abuse is actually a way to take power over another by belittling or hurting them.

[Not sure what emotional abuse sounds like? Read our article on “Common Emotionally Abusive Phrases“.] 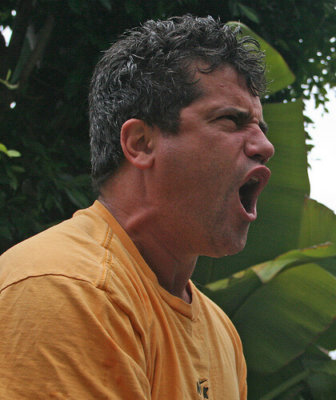 Here are some other crucial things to recognise about the difference between normal criticism and verbal abuse.

Criticism offers an opinion vs. verbal abuse makes you completely wrong and presents itself as completely right.

Healthy criticism happens only occasionally in a relationship, vs. verbal abuse can be formed of constant criticism on a daily basis that leaves you exhausted.

Criticism will be about what you have done, or the consequences of something you have done vs. verbal abuse will often criticise you as a person.

Criticism can leave you annoyed at the other vs. verbal abuse will leave you walking on eggshells around the other.

An example of the difference between honesty, criticism, and verbal abuse

“You need to be more organised or we’ll continue to have evenings that go wrong like this.” This is criticism, pointing out the negative. It’s not attacking you as a person, just your actions and the consequences.

“I know you are really busy and that makes being organised hard, but it was important we had a reservation. What could help you be more organised in the future?” This is constructive criticism. It acknowledges both sides of the story, and offers possibilities.

“You should have booked the restaurant. You ruined my night by being so utterly unorganised, what is wrong with you?” This is verbal abuse. It attacks you as a person, it blames, and it comes across as the only right perspective, making you ‘wrong’.

If my partner is verbally abusive can I fix this situation?

Being able to see you are suffering verbal abuse and not just criticism is important because whereas an environment of criticism can often be something two partners can work to improve, abuse tends to be a dead end.

No matter how much you think you love your partner, unless he or she deeply wants to change and seeks help, it’s unlikely that the relationship can improve.

Even if you are sure your partner does not mean to hurt you, it’s not a situation you can change yourself. Their impulse to lash out at those who try to love them will come from situations in their childhood where perhaps they themselves were belittled or hurt.

The only person you can take care of and change here is yourself.

I worry I am the victim of emotional abuse. What do I do?

Reach out for support. A friend or family member you trust is a good start.

But do consider the unbiased help of a professional. A counsellor or psychotherapist can help you gain your confidence again, as well as help you find the root of what led you to be attracted to an abusive relationship to ensure you do not choose another one in the future.

Harley Therapy puts you in touch with counsellors and psychotherapists who can help you if you are experiencing verbal abuse. Not in London? We can connect you with therapists wherever you are via online counselling.

Still have a question about criticism vs verbal abuse? Or want to share your experience with our readers? Ask in the comment box below.

16 Responses to “Honesty, Criticism, or Verbal Abuse? The Crucial Difference You Need to Know”