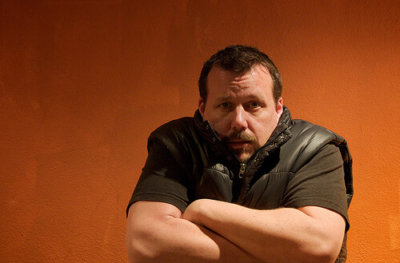 You feel your partner (or boss, or friend) is always picking on you. He or she says you are oversensitive.

Who is right? Are you the victim of constant criticism, or are you being defensive?

Is it really all his or her fault?

It is possible to actually push people to criticise you — without even realising you are doing so. This would be an unconscious pattern based on ways of being around others that you learned growing up.

A classic example is the ‘Do I look fat in this’ scenario. Person A asks Person B if she looks fat in an outfit. When Person B tries to be honest and says ‘a little’, Person A is angry at being criticised.

The key point here is that Partner A really criticised herself first. Her perspective was negative. By presenting this self-criticism to the other, she manipulated his or her perspective to a negative one as well. It’s really a way of controlling how another person sees you.

How to tell if you are creating opportunities for constant criticism

What are the ways you might be constantly encouraging criticism? See if the below scenarios sound familiar.

Do you constantly demand the other person answers yes/no questions about you?

Do you tend to make assumptions about what the other person thinks?

Does the other person often accuse you of twisting around what they said?

Do you put words in the other person’s mouth?

Do you put yourself down often with little comments, even if they are ‘jokes’?

Do you deflect compliments?

Do you have a negative perspective, where you search for what is wrong in each situation?

Do you constantly worry about what others think about you?

Do you spend time looking for evidence about what other people don’t like about you?

Do you have thoughts that others are ‘out to get you’ or ‘want to punish you’?

[Want to know tactics to stop these behaviours and encourage positive feedback instead of criticism? Sign up to our blog now to receive an alert when we post the next piece in this series.]

Why would I be the sort to encourage criticism? 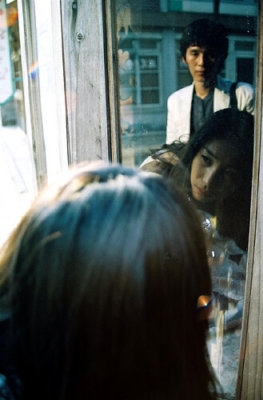 Again, like most psychological patterns, it will stem from childhood experiences.

Criticism can be a learned pattern. For example, if you watched one parent constantly criticise the other, you could have a core belief that love involves being criticised. Without realising this backwards motivation, you would encourage your partner and friends to criticise you so that you felt loved.

Or it could be that you were the recipient of criticism as a child. Perhaps your mother or father constantly made comments about your behaviour or looks, or compared you to another sibling unfavourably. This gives you the core belief that you actually deserve to be criticised, which means you would constantly create situations in life that ‘prove’ this hidden belief to be true.

Is it such a big deal to be criticised all the time?

Yes. Criticism, even if you are unconsciously encouraging it, destroys self-esteem. Low self-esteem is a leading cause of anxiety and depression. It makes doing well in your career difficult, can see you constantly choosing unhealthy relationships, and can also encourage addictive behaviours.

In summary, it’s impossible to lead a healthy, happy life if you are constantly focused on what is wrong with you and never seeing what is right.

It’s very important to not convince yourself you are responsible for criticism if you are in fact the victim of verbal abuse. Blaming the victim, including for being too sensitive, is a tactic of abusers.

Criticism goes wrong and isn’t constructive when it’s given from a place of just pointing out the negatives. But even if you feel judged and annoyed, on a certain level you know the other person genuinely wants to help you improve things.

Verbal abuse, on the other hand, has no intention of helping you improve or change. Also called ’emotional abuse’, it happens when one person wants to have power over you and puts you down in order to have control. You won’t just feel judged – you’ll feel fear. It’s that feeling of ‘walking on eggshells’.

Verbal abuse is a very serious situation. If you worry you are a victim, it’s important you seek support to regain your confidence and make steps to take care of yourself.

Can therapy help me to avoid constant criticism in relationships?

It can. A good counsellor or psychotherapist will help you build your self-esteem and recognise your patterns of blocking positive feedback from others.

If you are actually helping create criticism in your relationships therapy can help you revolutionise your relationships. You can start to understand and get along with colleagues, improve your social life, and might even find all new ways of relating with your partner that see you feeling in love again instead of moving towards a breakup.

Harley Therapy connects you with experienced counsellors and psychotherapists in three London locations, as well as worldwide via Skype Therapy.

Want to share an experience or ask a question about constant criticism in relationships? Use the comment box below.

4 Responses to “Constant Criticism – Are You Mistakenly Encouraging It?”