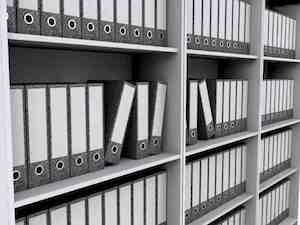 OCD, is a mental health issue that seems to be getting increasing publicity; it is regularly talked about on radio, news, TV dramas (think Brie in Desperate Housewives) and often is labelled as a joke (‘oh, that’s the OCD in me’). However, this increased exposure of OCD has done very little to benefit our understanding of an often debilitating and complex medical condition. So what really is OCD?

OCD stands for Obsessive Compulsive Disorder; it can be a time-consuming and distressing condition. Like most mental health disorders, OCD can range from mild to extremely severe, with people affected in different ways with varying affects on their everyday functioning.

The obsessions and compulsions are what make up this disorder. Obsessions provoke anxiety, and compulsions are the rituals and avoidance tactics used to reduce the anxiety. OCD and its symptoms are a set of unwanted thoughts and behaviour patterns, which are stressful and difficult to control without outside help.

The obsessions within OCD vary in each individual sufferer; they can be relatively vague and involve a general feeling of anxiety or tension, or be much more pronounced and articulate, for example a preoccupation with someone dying. Someone with OCD has full understanding that their thoughts and anxieties do not correspond with the real world, however they are still convinced that they must act as though these thoughts are correct. Many individuals experience the obsessions component of OCD as intrusive – involuntary thoughts or images that may be extremely distressing and difficult to manage, ignore or eliminate. In severe OCD obsessions can shift to delusions, which is a sign to seek immediate help.

Compulsions are what many sufferers of OCD use to avoid situations that may trigger obsessions or obsessive thoughts. This compulsive act attempts to relieve the anxiety that may occur as a result of the obsessions. However, many individuals may perform compulsive rituals because they inexplicably feel they must, or link not performing their compulsions due to a general perception of ‘something bad will happen’. The person with OCD may feel that these actions will prevent something dreaded from occurring or act as a distraction technique to put the event out of their mind.

Compulsions or rituals often fall into the following categories:

Counselling Psychologists and Consultant Psychiatrists at Harley Therapy offer help for Obsessive Compulsive Disorder in London, in Harley Street , City and Canary Wharf. Please call us for a consultation 0845 474 1724 to find out more.