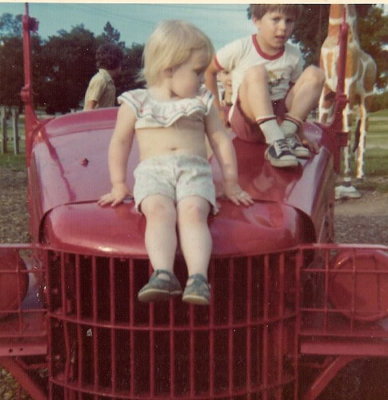 Positive parenting, often referred to as ‘positive discipline’, is a style of parenting based on respect for both child and adult.

Central to positive parenting is the idea that humans are naturally sociable creatures, with a desire to connect with others.

When children feel engaged, respected and supported in their community, they behave better.

Where does Positive Parenting come from?

Adolf Adler was an Austrian psychologist who co-founded the psychoanalytic movement in the early 1900s alongside the likes of Sigmund Freud.

One of Adler’s key ideas was that humans are driven by a need for connection and sense of worth with those around us.

Rudolf Dreikurs, a fellow Austrian who moved to America, took some of Adler’s core ideas and built on them.

Dreikurs believed that children misbehave when they feel like outsiders. They learn that playing up will get them attention, even if it’s not for the right reasons.

Decades later, in 1980s, Dr. Jane Nelsen wrote Positive Discipline which expanded on the work of Adler and Dreikurs. Together with family therapist Lynn Lott, she collaborated on further titles about how positive discipline can be used at home and school.

How is positive parenting different to other styles of parenting?

Unlike permissive styles of parenting, which don’t provide many expectations or boundaries for the child, taking the positive discipline approach means being both kind and firm.

Positive discipline looks for solutions rather than punishment. As such, it is different to authoritarian styles of parenting, whereby the child is punished for disobeying the rules of the parents.

What are the 5 main tenets of Positive Parenting? 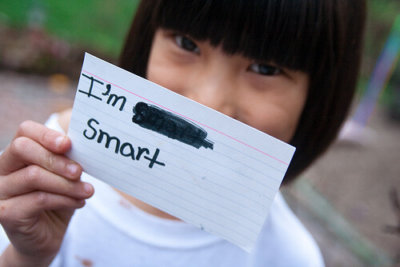 The following are five hallmarks of the positive discipline approach:

Rather than praising the child, which often just applauds the end result and not effort, encouraging the child helps a child learn to focus on the process of what they’re doing, rather than worrying about achieving perfection. Over time, encouraging a child grows their self-esteem.

Rather than punishing a child for wrongdoings, the adult is kind but firm with the child. If a child does something they shouldn’t have, the parent teaches the child how to avoid making the same mistake. When a child is taught to look for solutions rather than punishments, they have the opportunity to become accountable and learn to behave differently next time.

This approach fosters self-awareness and accountability in children, letting them know that they have choices.

As with any relationship in life, communication is key. Remember that children talk through their actions, as well as their words.

Often it is not enough to try and change the behaviour, as it simply repeats itself. As adults we have a responsibility to play detective and see if we can uncover why a child is acting a certain way.

The adult shows the child the appropriate way to act, demonstrating kindness towards the child but also respecting the need to correct behaviour. Through showing respect, a child’s sense of self-worth is not undermined.

10 Ways to Use Positive Discipline

1. Connect with your child. Rather than entering into a power struggle with your child, try to stay on the same page. Remember that an adult thinks very differently to a child. Where might they be coming from? 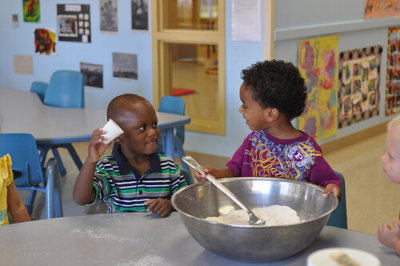 2. Give your child choices and ways to help. There is a common misconception that children misbehave on purpose. But more often they are acting out through frustration. If you can create opportunities for your child to choose and become involved, it will foster both their sense of connection and independence. Ask them what they’d prefer for lunch, or allow them to help you make the sandwiches.

3. Have routines and stick to them. We may know the importance of routines, but it is vital to stick to the schedules we lay out. Children learn to trust when we stick to our word. From routines they gain a sense of stability. Even if they want to stay up late, it’s important that they know boundaries.

4. Model respect. Monkey see, monkey do. If you would like your child to grow up with a sense of respect, first demonstrate what it means to be respectful. Whenever possible, show, don’t tell.

5. Find the funny side. Humour is such a powerful way of overcoming barriers. Re-framing tasks and chores with a hint of humour can go a long way in changing the level of co-operation from your child.

6. See things from your child’s perspective. Furthering the point about connecting with your child, try stepping into their shoes.

7. Do as you say. If you tell a child that they can’t watch television after 7 p.m., but then you let them watch every now and then until 9 p.m., they will learn that you don’t mean what you say. Actions speak louder than words, especially to children.

8. Keep your cool. Parenting may test the depths of your patience, but it’s important to keep your cool. Remember that children are very sensitive to your responses and often mirror our behaviours. It’s not just kids who can need ‘time-outs’ but parents too – so take one if you need it.

9. Be the adult. Help your child to go in the right direction. If you put a child down, all sort of negative feelings may grow and their self-esteem may suffer. When a person feels good about themselves, they are more likely to respond with positive behaviour.

10. Remember that your child is an individual. If you have more than one child it may be bewildering, to say the least, if they have completely different characters and levels of obedience. But try not to place unfair expectations on one simply as your other child acts a certain way.

Do you have a way of positive parenting we haven’t mentioned? Share it below.

One Response to “Positive Parenting – What is It, and Can It Help You?”