Feel tired even after you’ve had plenty of sleep? Achy and flu-like even when you aren’t sick? Become exhausted after doing normal, everyday activities that most people can do easily? It’s possible you may have Chronic Fatigue Syndrome.

Also known by its more scientific name, Myalgic Encephalopathy (ME), it’s a condition that has become more widespread in the last few decades. In Britain alone, around 250,000 people are thought to have CFS.

As more research is conducted, interesting connections are being made. One of these is the similarity between chronic fatigue syndrome and clinical depression.

How is Chronic Fatigue Diagnosed?

There is no definite test or result that can prove or disprove a diagnosis of CFS. Instead, a diagnosis is made after other causes of fatigue have been ruled out and symptoms have been present for six months or longer.

The National Institute for Health and Care Excellence (NICE) lists the following symptoms:

Although not official symptoms needed to diagnose CFS, other problems commonly reported by those who suffer from CFS include:

And then there are the mental health symptoms of chronic fatigue syndrome, which often include:

Why are Chronic Fatigue Syndrome and depression so alike?

Chronic fatigue syndrome and depression present a a ‘chicken or egg’ situation. Did the low moods come first and help cause a diagnosis of CFS, or are they are result of the physical challenges of CFS making life so difficult moods inevitably drop? It is possible that it is for many a bit of both.

The difference between chronic fatigue syndrome and clinical depression is said to be that those who suffer from CFS do not have thoughts of suicide. That said, those with low levels of ongoing depression don’t necessarily have suicidal thoughts either. So it’s still a blurred boundary between the two. 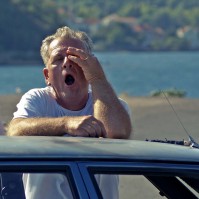 It is interesting to observe that chronic fatigue syndrome bears more similarities to mental health issues than other medical conditions in that:

So at the very least, there is something to be learned by looking at the ways mental health issues can be managed and helped if you suffer from CFS.

Are you trying to say I have chronic fatigue syndrome because I am depressed?

There is no definitive answer as yet to what exactly causes CFS, only speculations. Mental health challenges are not the only things thought to be a factor. Other proposed explanations for CFS include: genetics, viruses, hormone imbalances, and immune issues. Research is ongoing, and for most people CFS appears to be caused by a combination of the above.

Isn’t saying that CFS is a Mental Health Issue Just a Way to Minimise My Condition?

It’s hard enough to have a physical health condition that is not yet fully understood and was not too long ago classified as a “medically unexplained symptom” (MUS).

To be told it’s connected to your mental health can admittedly leave one feeling as if their condition is not been taken seriously, or as if they are being told ‘it’s all in their head’.

Thankfully, in the UK chronic fatigue is now dealt with respect and taken seriously. Although the National Institute for Clinical Excellence (NICE) has of yet not supported the World Health Organization (WHO) classification of CFS as a neurological illness, they do not minimise it into a mental health issue only, either.

Instead NICE states that chronic fatigue syndrome can be “as disabling as multiple sclerosis, systemic lupus erythematosus, rheumatoid arthritis, congestive heart failure and other chronic conditions….CFS/ME places a substantial burden on people with the condition, their families and carers, and hence on society.”

Classifications aside, to ignore the increasing evidence that there is a mental health connection to CFS is to overlook tools and support that, if they can’t make you better, can at least alleviate your suffering.

Proving the Link Between Chronic Fatigue and Mental Health

Research documented by L. Speer in the Journal of Family Practice has yielded interesting information and correlations between CFS and traditional conditions that fall under the umbrella of mental health such as:

2) Two-thirds of patients with CFS may have enough symptoms to warrant a psychiatric disorder diagnosis.

3) Up to 65% of patients with CFS have clinical depression. Although some argue that CFS may cause depression, rates of depression among those with other chronic illnesses are not this high.

Other research shows that clinical depression and CFS may share biochemical pathways that, when activated, damage the body at the cellular level.

Although chronic fatigue syndrome is possibly linked to brain chemistry, it’s still showing up as issues in the same part of the brain that is affected by depression. A study done in Japan that scanned the brains of patients with chronic fatigue syndrome did seem to point to neuro-inflammation as a distinct feature of CFS. But the inflammation was in specific areas of the brain that are commonly linked with depression and thought processes linked to depression.

Other research shows that emotional instability– becoming agitated, stressed, anxious, or excited easily and consistently–has been shown to compromise the immune system and make people more susceptible or prone to all types of disease. 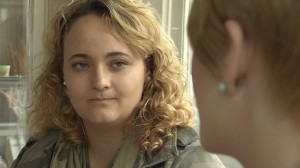 Whether or not depression is a cause or symptom of chronic fatigue syndrome, evidence shows that mental health interventions benefit those who suffer from CFS and are now recommended by the NHS as an integral part of treatment here in the UK.

Cognitive Behavioural Therapy (CBT) is used to help manage the negative thinking and overwhelming frustration that may accompany a chronic health condition such as CFS and is one of the most recommended interventions.

Mindfulness training is now showing exciting results for helping sufferers of chronic fatigue syndrome. In conjunction with CBT or other kind of psychotherapy mindfulness can help reduce fatigue and life disruption (read our article about how mindfulness and therapy work together to see how effective this can be).

Even more exciting, mindfulness based cognitive therapy (MBCT) has now been shown to help in cases where CBT fails.

A study carried out by the University of Bath in conjunction with the NHS Foundation trust found that for those who were still experiencing excessive fatigue after undergoing CBT therapy for their CFS, mindfulness based cognitive therapy made a big difference. Participants reported lower levels of tiredness that were still ongoing at a 6- month follow up. They also found that their moods were better, they had more positive thoughts about their fatigue and emotions, and were experiencing greater levels of self-compassion that the control group who did not try mindfulness.

And if CBT doesn’t work for you and you suffer from chronic fatigue syndrome but don’t fancy trying mindfulness, there’s a good chance another kind of therapy might work for you. CBT isn’t for everyone. Given that all forms of therapy are designed to help clients manage life changes and stress, you might want to look into different, less structured approaches, such as psychodynamic psychotherapy and person centred counselling.

It’s recently been found that managing or preventing CFS is related related to early identification of people who feel and experience stress acutely. According to researchers who studied daily stressors and chronic health conditions, if these people are identified early, “interventions aimed at decreasing reactivity to daily stressors could, therefore, reduce the likelihood that an individual will report experiencing a chronic health condition in the future.”

Counselling and psychotherapy can also help you manage anxiety, deal with the strain having CFS can exert on your relationships, and find new ways to move forward despite their health struggles. It also offers you a safe and supportive environment to air your fears and upsets.

Conclusion – It’s a Positive Match, Not a Negative One

It can at first feel defeating to feel physically sick and have someone imply your mental state needs considering. But more and more, healthcare is moving towards a holistic view, and it’s not just CFS that can benefit from considering the mental health side during recovery. For example, Cancer Research UK now recommends mindfulness meditation to sufferers.

As is the case in most life-altering or traumatic events, living with chronic fatigue syndrome is a challenge that nobody asks for. And yet by including mental health care in your treatment plan CFS can offer you the opportunity to reevaluate values and personal identity and potentially experience personal growth.

Do you suffer from chronic fatigue syndrome? Have more questions or want to share a viewpoint? Comment below.

photos by Kristian Bjornard, Antoine K, the Home of Fixers on flickr

8 Responses to “Chronic Fatigue Syndrome and Depression – How Connected Are They?”