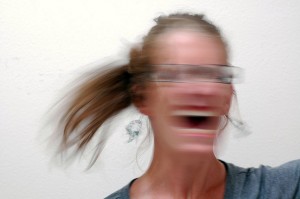 Stress has been quite a headline stealer in the last decade, and it hasn’t all been negative press. Recent psychological studies have, for example, questioned the detrimental effects of workplace stress, and others point to the possible positives certain types of stress can offer if managed correctly.

But the latest research on chronic stress, coming out of the Ruhr University Bochum LWW clinic for psychiatry, psychotherapy and preventative medicine in Germany,

brings biological and brain-related evidence that once again shows that a high stress lifestyle is something we should all be wary of.

Led by researcher Dr. Astrid Friebe, the results show a link between chronic or permanent stress to mental disorders like schizophrenia.

While previous searches for the causes of mental disorders looked at things like chemical imbalances in the brain, hormones, and neuroplasticity (the brain’s capacity to change and adapt), this new research adds the immune system as a possible major factor.

The research focuses on a group of these ‘brain visitor’ cells called ‘microglial’ cells, which repair synaptic links and encourage new neurons to grow in the brain. 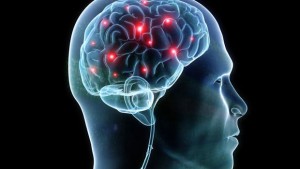 It was already known that stress affects the brain. Research discovered those with stress-related illnesses like post-traumatic stress disorder (PTSD) exhibited brain abnormalities.

This new research shows one way that stress can cause brain changes. The microglial cells were found to mutate if they felt under threat, so that instead of being ‘builder’ cells, they became destructive, triggering inflammation and damaging nerve cells.

Stress was found to be a major factor for triggering the microglial cells into this undesirable destructive mode. Keeping in mind that microglial cells are related to the immune system, this is hardly surprising. Stress triggers the primal fight or flight mode, flooding the body with adrenaline and cortisol and causing the heart to pound, all of which challenges the immune system.

And the more stress you experience, the more your cells can get used to the feeling and adapt, meaning microglial cells can stay in destructive mode, leaving you at risk for synapse erosion and mental health disorders.

The researchers found that this was exactly what was happening in those suffering from Alzheimer’s – microglial cells were present in the inflamed parts of the patients’ brains, and were degrading synaptic links. Those with schizophrenia also were found to have more microglial cells present than an average healthy person.

And yet not everyone with a high stress lifestyle ends up with schizophrenia. So what is it that makes one person manifest the disorder, and end up with a high level of such cells, and another person with a stressed-out existence not? 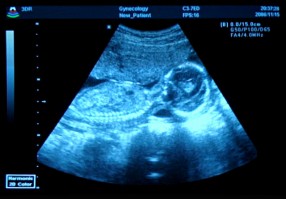 The research points to the long-studied link between schizophrenia and foetal development, namely that babies whose mothers suffered viral influenza during pregnancy were seven times more at risk of developing schizophrenia when older. So while the study definitely links stress to mental health conditions, it links it to those already predisposed by other factors.

Don’t fit the category of being predisposed? Don’t breathe a sigh of relief just yet and think your high stress lifestyle won’t affect you.

To go back to the previous research done on stress and the brain, the University of Berkeley published results earlier this year showing that high levels of stress alone result in an excess of a chemical called myelin in the brain. They proved this disrupts not only the balance of the brain, but it’s timing and communication processes.

One of the communication processes affected can leave your fight and flight responses set to too high even as your ability to slow down is also impaired. So that stressed out mode of being on high alert and not easily calmed could, theoretically, become a permanent way of being over time.

In other words, while we all go through stress now and then, the proof is now hard to refute that it’s time to reconsider our lifestyles and commit as a society to learning how to manage stress better.