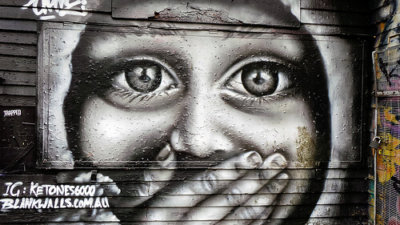 Sometimes the world, and life, can do crazy things. And suddenly there you are, sitting on your couch, completely numb because things are so out of your control you feel completely powerless.

What can you do to stop the quicksand feeling and get going when you are sure your hands are tied?

[More anxious than powerless? You might also appreciate our articles on “How to Handle Anxiety from World Events“ and “Global Events and Psychological Strain“.]

1. Accept what you feel.

If you are not comfortable with feeling ‘weak’, powerlessness can create a tug-of-war of denial within. It can trigger self-criticism. Or, worse, anger that sees you taking your feelings of powerlessness out on others, alienating those whose support you count on.

Sometimes we all feel ineffectual, or things happen which just really are bigger than us. Can you give yourself space to just feel what you feel? Or even to mourn what you have just lost? If it means a day doing nothing much, what’s the worst thing that could come of that?

Powerlessness is always about the past and the future. You didn’t have a say (past), you won’t be able to control things (future).

In the now moment, we all have power. Take a few moments to centre and focus on your breath, and recognise the powerfulness of the very act of breathing and being present, right here, right now.

Breathing deeply is just not some hokey advice, either – in the case of high stress it’s scientific. Stress triggers the primal brain’s mode of ‘fight, flight, or freeze‘ (in this case you have evidently frozen). Deep breathing has been shown to trigger the parasympathetic nervous system, calming the sympathetic nervous system the fight or flight response puts in overdrive. 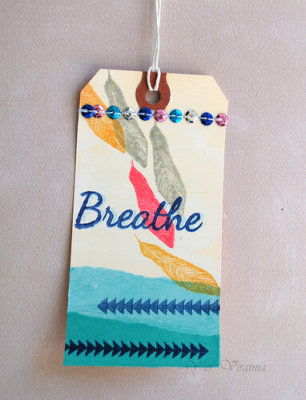 Focussing on your breath is the beginnings of mindfulness meditation. To learn more about mindfulness try our comprehensive ‘Guide to Mindfulness‘.

Creativity is an easy shortcut to feeling a sense of control again when life is spinning. Whether you are baking a cake or doing a drawing, you are in charge. Taking 20 minutes to make something can clear the ‘powerlessness cobwebs’ so you can think clearly again.

Hate making stuff? Another option here is to do something physical. Exercise is proven to improve moods. And if you go to the local park to exercise, you can reap the added benefits of nature, also now shown to make you feel better.

“Be realistic” is often the worst advice when it comes to psychological states. If someone is depressed, for example, this sort of statement can sound like a judgement that leaves one more alienated and sad.

But powerlessness is rather unique in that it often really does come from an inflated idea of control in the first place, and a perspective check can often make you feel better.

For example, feeling like your power has been robbed because the politician you voted for did not win might seem logical, but to be fair, perhaps the way election results work is not even really as based on votes as it should be.

The magic of realism here is that if you can alter your perspective so you see your inflated thinking, you then open space in your mind to realise where you really do have power.

Which leads to the next step. 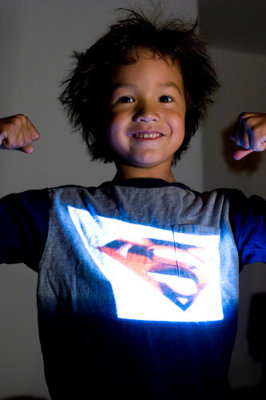 Did you really embrace all of your power in the situation that has left you powerless? Or do you still actually have power remaining?

It’s a big and useful question worth answering once you feel calm. For example, if all you did was vote, should you really throw up your hands?

Brainstorm a list of what you realistically still have the power to do. Could you do something like start a community group, write an article for a popular magazine, or join a fundraising campaign for change so that the future won’t repeat the present?

Powerlessness comes from a ‘overcome a mountain in a day’ sort of mentality. Really we need to break that mountain into boulders, chunks, then rocks (for more on how this works, read our article on SMART goals).

Commit to a one small action you can take today and then, here’s the kicker – actually do it. So if you brainstormed that you could start a community group, today you could make a phone all to someone who might want to launch it with you.

Feeling so powerless you can’t imagine having the energy to do anything at all? You might also be suffering emotional shock. In such a case it’s best to make a tiny action step around self-care. What one small thing can you do today to be good to yourself?

Each human interaction offers the chance to positively affect someone else, which is an incredibly powerful thing. Reach out to someone you love and trust or who inspires you.

Help! My sense of powerlessness just won’t go away.

If world events have thrown you into such a deep sense of powerlessness that you can’t seem to get out from under it even weeks later (assuming the world has indeed shifted back to a stable place and others around you are back to normal), it’s possible that unresolved personal trauma has been triggered by world events.

This can include things like childhood trauma, abuse, or bullying that also left you feeling powerless.

If you notice the symptoms of depression or anxiety, it’s worth making an appointment with a counsellor or therapist, who can at least give you a professional assessment of what might be going on for you.