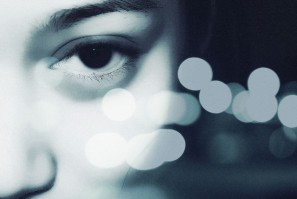 Schizophrenia is a common mental health disorder worldwide, with up to 2% of the population seen as exhibiting symptoms.

The main factor with schizophrenia is a marked and consistent inability to differentiate between what is real and what isn’t real, generally involving hallucinations (false perceptions like voices) and delusions (a set of false beliefs about the way the world is). This muddy thinking can then lead to social withdrawal and real difficulty maintaining a routine or regular life.

Debate still rages over the origins and contributing factors of schizophrenia, but research has shown a biological factor and often a genetic predisposition. That said, as the tendency can be triggered by psychological and environmental conditions, and some develop symptoms while others with a genetic and biological predisposition towards it do not, research is still ongoing.

There is no known ‘cure’ for schizophrenia. Once triggered it leads to permanent changes in the brain that affect learning, thinking, and social relationships.

But is a highly treatable condition. Modern treatments have a high success rate, meaning schizophrenics can lead an independent and productive life.

There are many myths about schizophrenia, most perpetrated by incorrect portrayals in films and the media.

Schizophrenia does not give someone a split personality. A person with schizophrenia still has one personality, it is rather their sense of reality that splits, not their character. A spit personality is another disorder entirely, dissociative identity disorder, triggered by traumatic experience whereas schizophrenia is biological.

Schizophrenia does not mean you can’t live a productive life. While it is true that there is high incident of schizophrenics ending up homeless or living in poverty, treatment and support options now available mean that many schizophrenics can live independent lives where they set and achieve their goals.

What are the signs of schizophrenia?

Symptoms include the following:

Hallucinations – this can include hearing voices, and seeing or feeling what isn’t there

Delusions – these are strong beliefs that are not based on any reality and often include paranoid thinking, such as believing someone is out to get you or is watching you, or that someone is trying to communicate secret messages to you.

Disordered thinking – thoughts can become hazy and confused, and there can be a marked difficulty in concentrating. Thinking might get so disordered that speech gets muddled.

Unpredictable behaviour – this can include a sudden difficulty with self care and usual routine as well as uncharacteristic and inappropriate behaviour.

Social difficulty – schizophrenia can make it difficult to have emotional responses. It can be as if a person ‘flatlines’. They can withdraw and isolate themselves.

Schizophrenia can manifest differently in different people. Some people have episodes of psychosis and go into total remission inbetween, others might have continuous symptoms but with changes in the severity. It’s also possible to have one psychotic episode followed by recovery, or alternately to have a form of schizophrenia which never slows down or stops but increases consistently over time.

Note that not all psychosis is schizophrenia. You can hear a voice and not be schizophrenic, for example. This can instead be caused by deep depression or drug use.

Again, it’s thought to be a combination of a biological and genetic predisposition with a set of psychological and environmental triggers.

This means that schizophrenia does run in families. If you have a sibling diagnosed with schizophrenia you risk of also being diagnosed is seven to nine per cent. If a parent has schizophrenia there is a ten to fifteen per cent chance their child will also develop the condition. Note that it’s not that the disease itself is inherited, but rather the susceptibility.

Even if there is no schizophrenia in your family, there is a 1 in 100 chance of developing the condition.

Although there is a genetic link, there is not one exact gene that causes schizophrenia. You cannot ‘have the schizophrenic gene’. Instead, researchers are discovering there are up to a dozen ore more genes that one can have that if damaged can then give one a predisposition for the disorder.

Triggers for schizophrenia include:

Schizophrenia is found in all cultures, races, and backgrounds. There is an estimated 2.2 million people with the condition in the U.S., up to 12 million in China, 8 million in India, and in the UK there are over 250,000 diagnosed cases.

How is it diagnosed?

Schizophrenia tends to develop between the ages of 15 to 25. It’s thought that puberty can ‘trigger’ the latent potential for schizophrenia. 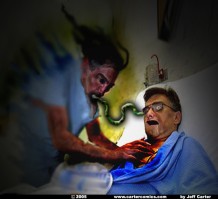 There is not one test for determining that someone suffers schizophrenia. Diagnosis instead involves assessment with a mental health specialist like a psychiatrist. Assessment generally includes psychiatric observation and evaluation, examining family history, and using blood and urine tests to rule out other medical conditions. In some cases a brain scan may also be taken.

A diagnosis must usually involve symptoms that have lasted for at least six months, and include at least two of the main signs of schizophrenia ( hallucinations, delusions, lack of emotional response, muddy thinking). Depending on what reference is being used for diagnosis (such as the DSM or ICD) and what country the diagnoses is being made in, there might be a requirement of a psychotic episode which is at least a week in duration.

The earlier a person is diagnosed with the condition, the better the treatment outcome. This is because each psychotic episode can increasingly damage the brain. Medication and other recommended therapies can result in less damage. So it’s important that if you are concerned about yourself or a loved one you do seek professional guidance.

There is not ‘cure’ for schizophrenia, but treatment options continue to improve for the condition. One in five stablise and can manage symptoms within five years of diagnoses.

Treatment generally involves a combination of anti-psychotic medication combined with therapy and lifestyle support. The aim of therapy is to relieve present symptoms, prevent further psychotic episodes, and help the sufferer to maintain purpose and enjoyment in life.

Cognitive behavioural therapy (CBT) has found success with schizophrenic clients, what with its focus on gaining recognition and control of thought patterns. Family therapy is often recommended also, given the demands that the condition can put on the entire family unit and that for many schizophrenics living at home is part of their treatment (in America it’s estimated that 1 in 4 of those with the condition live with a family member).

Sometimes it can appear that someone has schizophrenia but they are actually suffering something with similar symptoms. This can include:

Acute depression – it is possible to have experience a hallucinatory or delusion related episode when suffering acute depression, and this can be exacerbated if the sufferer has the side effect of insomnia.

Bipolar disorder – this condition sees people who have it experience manic episodes which can include hearing voices or delusional thoughts of grandeur.

Schizoid personality disorder (SPD) – this disorder involves having a complicated fantasy world and little interest in the real world or relationships with others. Like schizophrenia, someone who has this disorder can seem detached, but they do not have a split view of reality and it is a separate condition.

What to do if a loved one is diagnosed with schizophrenia It can be very challenging for friends and family if a loved one has schizophrenia as some sufferers refuse to believe there is something wrong with them. Their delusional thinking extending to include the idea that others are just out to get them.

And it can be overwhelming to see someone you love have a schizophrenic crisis where they exhibit acute psychosis as they can seem unrecognisable. It can also be an exhausting process of recovery, as although treatment often helps considerably relapses can and do happen and it can take years in some cases to reach a sort of stability, while in a smaller percentage of cases things may not improve.

It’s important to remember that even if someone has schizophrenia, they are still an adult with the right to make choices and it’s not their intelligence that is damaged, just their ability to tolerate stress and see things clearly. Try not to take over their lives out of concern and treat them like a child. Let them do what they can still do for themselves, and help them with what is becoming challenging.

At the same time don’t have expectations of them they can’t reach. Try your best to work with where they are. Remember, that on the outside looking in, schizophrenia can be an illness with symptoms, but for those experiencing it, it’s a way of life, it becomes their way of being.

Get informed, help your loved one seek the right treatment in so far as they allow you to help, and be prepared with a good plan of action should relapses occur ( a plan which they are also aware of themselves).

Most of all, don’t forget to take care of yourself. Schizophrenia is a very big challenge for all those involved, and the feelings of fear, frustration and helplessness it can cause can lead to stress and anxiety that can take over your life is you let it. Remember to take time for yourself, and seek the help of online forums, a support group, and/or a counselling professional as needed.

References and Other Useful Guides to Schizophrenia

The NHS guide to Schizophrenia

Schizophrenia Treatment and Recovery by Helpguide.org

Do you or a loved on have schizophrenia? Would you like to share about your experience? Do so below, we would love to hear from you.