What is the fight or flight response? 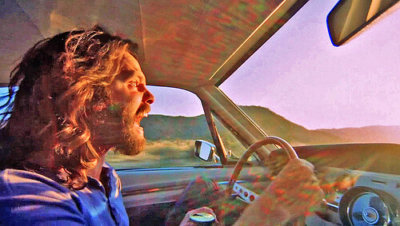 The ‘fight or flight’ response, also called an ‘acute stress response’, is something you’ll hear referenced frequently in psychology. But it’s not actually a psychological response, but a physiological one.

The fight or flight response is an ‘all systems go’ reaction your body triggers when it perceives a threat of any kind, all designed to improve your chances of survival by releasing a large burst of energy.

This is where the psychological aspect comes in. While this energy leaves you with physical symptoms like sweating, a pounding heart, dry mouth, and feeling ‘high’, it also leaves you mentally and emotionally suffering anxiety and often fear.

Why does the fight or flight reaction happen?

This fight or flight response is not a sign you lack mental control or there is something wrong with you. It’s a normal primal response that happens so quickly it precedes conscious processing of what you are experiencing.

Our brains and bodies devised the fight or flight mechanism over millions of years in an effort to ensure our survival in a world that was at one point rather dangerous. By enabling you to make split second decisions and flooding you with enough energy to either win a fight or flee fast enough, it meant a better chance of avoiding a nasty demise.

Of course nowadays it’s a rare person who ever faces lions and tigers and bears – for many of us it’s more like demanding bosses, money troubles, and the world of dating. But the body does not seem to have kept up with the times, and the reaction remains a strong primal one.

So we are left with an intense and sometimes overwhelming physical and emotional reaction to something as non threatening as being asked to do a presentation or going on a first date.

How the fight or flight mechanism works The fight or flight mechanism is a series of rapidly occurring reactions, for the most part in your brain, nerves and glands – so rapid that it happens before your conscious mind can grapple with the danger at hand.

Most of the action starts in the part of the brain called the amygdala. As soon as a threat is perceived (real or imagined) it converses with your nervous system, immune system, and endocrine system. This sees your nerves rev onto high alert, your heart starts to pound more rapidly to provide your large muscle groups with more blood, stress hormones flood into your system to provide you with energy, your breathing get faster, and even your thyroid gland taking things up a notch.

If a perceived threat is extremely overwhelming it’s also possible that a ‘freeze’ response is activated. Evolutionary science suggests this part of the response might have evolved if the brain thought keeping really still might mean the predator overlooked you. Of course this could have also meant a moment of pause that led to the worst possible consequence.

The freeze response is actually the most common when it comes to modern threats. The body knows that fighting or fleeing isn’t an appropriate response when, say, giving a work presentation. Instead, we stand stuttering at the start, in freeze mode, and if our body stays in freeze mode it means we are sweating and tense the entire way through.

The freeze mode can be why after a stressful experience we realise we have pain through out body, like in the neck and shoulder regions. It comes from being stiffened and tense too long.

Why is the fight, flight, or freeze response such a big deal? 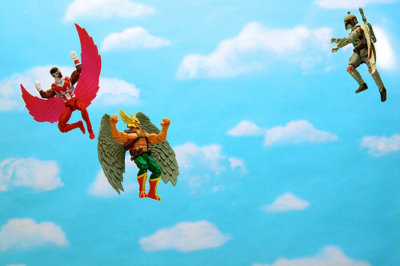 The fight or flight response is not something we can ‘shut off’ or get rid of. It’s instead what is known as an automatic response – beyond conscious control.

At the same time, the fight or flight response is antiquated. Enough adrenaline to fight off a tiger is not really required if you are fighting off a parking attendant writing you a ticket, and yet the brain has not evolved to tell the difference.

**So the fight, flight, or freeze response is not always accurate at all, but for most people in the Western world tends to be a series of false alarms or an overreaction.

This all adds up to some very important things about anxiety and stress.

1) Anxiety and sudden fear are actually a natural response. So there is little point in trying to ‘never’ be stressed or beating yourself up for feeling some anxiety.

2) Just because you feel really anxious all of a sudden does not mean you are necessarily in danger or need to panic. It’s more often than not just your body overreacting because it’s still stuck in its primal ways.

Understanding that a rush of anxiety and adrenaline out of the blue is your fight or flight response, and often not a sign of real danger but of perceived danger, presents you with a great opportunity.

Every time you experience sudden anxiety, or the physical symptoms of the fight or flight response, and there is no imminent danger, it’s a chance for you to check in with yourself and recognise what things are upsetting you that you might have overlooked or be in denial over.

For example, if you walk past the desk of the person who got the work promotion you wanted and suddenly find your heart is racing and your mouth dry, despite telling yourself you were ‘over’ the letdown, then you can be fairly certain that you still have some issue with the situation.

It’s a chance to check in and see what still needs to be resolved.Do you feel the person doesn’t like you? Do you feel looked down upon? Or is the stress response happening as you actually haven’t taken time to process or face your anger at being overlooked ?Do you need to take time to do some journalling, or speak to a coach or counsellor about it?

You can’t turn off the fight or flight response, but you CAN… 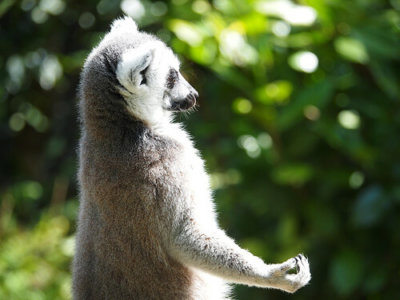 While the fight, flight or freeze response might be something you can’t control, what you do have power over is the amount of stress you generate in your life.

In other words, you can choose a life that is less likely to trigger the response, or learn to acknowledge and manage your stress so that you are less reactive.

You can start with simple steps for managing stress, or learning how to manage workplace stress if that is the issue. (If it’s a move to the city that is upsetting you, try our guide to handling urban stress).

Then there are numerous stress reduction strategies gaining in popularity nowadays. At the forefront is mindfulness, a daily practice designed to help you stay focussed on the present and become more aware of how you are thinking and feeling. Other techniques like progressive muscle relaxation are also proven to help. And don’t overlook the basics, like self-care and exercise, both of which are increasingly evidenced-based ways to improve your mood and outlook.

If your stress levels feel unmanageable, or you feel it’s slipped into an anxiety disorder or depression, consider talking to a professional coach or counsellor. They are trained at helping you recognise what is at the core of your stress and then supporting you in making decisions that lead to increased wellbeing.

Do you have a question about the fight, flight, or freeze response we haven’t answered? Post below, we love hearing from you.

2 Responses to “Stress, the Fight or Flight Response, and You”