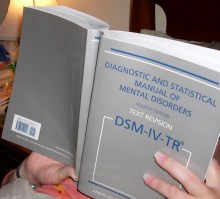 What is the DSM?

You may have heard references made to the DSM in the media, or perhaps a health professional or therapist mentioned it to you.

The DSM stands for “The Diagnostic and Statistical Manual of Mental Disorders” and is the most comprehensive American ‘guide book’ used for the classification and diagnosis of mental disorders in the United States.

Used by health care professionals like psychotherapists, psychiatrists, and clinicians, it is also a reference for researchers and students. Companies in the pharmaceutical and insurance industries use the DSM as do the American legal system and policy makers.

Currently in its 5th edition, called DSM-5, the DSM is published by the American Psychiatric Association, (APA), which is the biggest psychiatric association in the world and the major organisation for psychiatrists in the United States.

Why do we need a DSM?

The DSM is useful as a basis for health professionals to understand and talk together about mental health issues. Like a shorthand or common language, it offers them categories and definitions they all know, understand, and can quickly and efficiently reference.

How can it benefit you as a client? If you are working with more than one health professional a DSM classification can make things easier by, for example, saving both you and your doctors the time of having to re-explain your issues in detail again and again. And the DSM offers health care professionals suggested treatments and methods to best work with you to manage your issues.

The downsides of the DSM 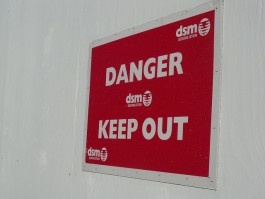 The DSM and its categories are not without backlash.

So any ‘definition’ or ‘label’ such as the DSM offers can be seen by some as assuming, impersonal, and problematic.

It could be suggested that DSM categories are at best prototypes or models that patients are matched to. The match is often made using the subjective view of the overseeing health professional and patient’s own viewpoint of themselves when asked questions. This is obviously no exact science, and can have many flaws, such as whether or not the client is being honest with their answers and whether the doctor has asked the right questions and listened correctly.

There is always the risk of misdiagnosis and overreactive medical treatment. The DSM categorises a vast number of mental disorders as having the best treatment of pharmaceutical drugs, a view which while perhaps embraced in the US is not necessarily shared by health practitioners in Europe.

In cases where a ‘disorder’ is prematurely diagnosed and is actually temporarily caused by volatile life circumstances, a person who could have quickly improved with therapy might not even be given the right sort of help. Or, they could end up on pharmaceuticals that don’t actually help them, or worse, even hinder the progress they might have made.

Another critique of the DSM is that it can be seen as offering a life sentence. Most of the DSM disorder classifications are considered as ‘fixed’ which means a person suffering a disorder is seen to have that disorder for good. Not only can this be stigmatising for the individual in question, but it takes a pessimistic view of the benefits of therapy.

Does every health care professional use the DSM?

Not at all. In fact globally, some health care professionals are quite opposed to the DSM for some of the downsides mentioned above.

While the DSM is seen as a perhaps the most thorough manual with a specific focus on mental illnesses, and is sometimes used outside of the US, it is not the globally used reference to mental health. This honour goes to the International Statistical Classification of Diseases and Related Health Problems (ICD). The ICD is currently in its 10th edition and is published by the World Health Organisation (WHO). It is the more popular choice over the DSM in Europe and other parts of the world. 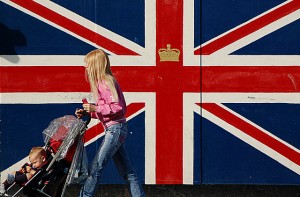 Here in the United Kingdom, many therapists take in mind the DSM or ICD when considering their formulation of a client’s difficulties. They generally also refer to the National Institute for Health and Care Excellence (NICE), whose aim is to provide “guidance and advice to improve health and social care”.

But seen as greater value in the process of understanding a client’s unique issues is the relationship the therapist has with the client, as well as the quality of supervision. Britain uses a system whereby a therapist can check in with a supervisor, another counsellor or psychotherapist that reviews their work with clients on a case by case basis (without, of course, betraying a client’s confidentiality). This means the therapist has access to another informed viewpoint and widens the possibility of clients receiving relevant guidance.

As for a formal diagnosis, in the UK therapists leave a psychiatrist to make them. Psychiatrists, similarly, will perhaps use the DSM as a reference as well as the ICD and NICE and their own years of experience and expertise.

So, what’s the difference between the ICD and the DSM?

The ICD is much broader than the DSM. Rather than being just about mental health, the ICD covers all diseases and health-related conditions.

So is the DSM then a condensed version of some parts of the ICD? Not currently. There have historically been marked differences. The terminology and some definitions used in the ICD are different than those used in the DSM. As for the DSM, it has more detailed lists of potential diagnoses.

The next edition of the ICD, soon to be released, has been reported to more closely follow the 2013 release of DSM-5, with more aligned definitions and diagnostics for mental illnesses. This will enable a more uniform set of global diagnoses and treatments for mental illnesses and disorders that better correlates with pharmaceutical drug treatments.

How did the DSM come to exist? 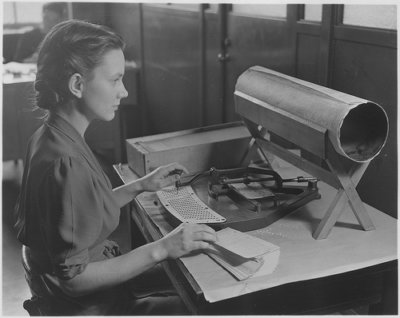 By: The U.S. National Archives

The DSM actually began because of the American yearly census, and the needs this presented of classifying people. In 1843 the American Statistical Association complained about the limiting categories they were being forced to use, and one of these complaints was that there was only a single category for mental disorders – ‘idiocy/insanity’.

By 1870 this one category had become seven, and by 1970 this had turned into a guide for mental hospitals that had twenty-two categories and was named the “Statistical Manual for the Use of Institutions for the Insane”.

But this original version didn’t gain in popularity until it was altered and used by none other than the US Army when during World War II US psychiatrists became involved in the assessing and treating of soldiers.

By 1974, the DSM sought to more strongly align itself with the ICD to improve uniformity and validity of psychiatric diagnoses as well as standardise diagnostic practices between countries. Finally published in 1980, the DSM-III contained 265 diagnostic categories and came into popular use, being considered a revolutionary transformation of psychiatry.

Since then, two new editions have been released, each off the back of testing and determining whether certain disorders could be eliminated or added. The current edition is the controversial DSM-5.

I’ve heard the DSM is Controversial. Why is that?

The DSM has been ruffling feathers for much of its existence. In the sixties it was under fire for being a way to stigmatise non-conformists, and by 1970 gay activists started making it their priority to force the DSM to take out a classification of homosexuality as a mental disorder. The 1974 edition of the DSM instead listed a category of ‘sexual orientation disturbance’.

In recent years, the connections between the DSM and the pharmaceuticals industry as well as what some feel the over-classification of normal human behaviours has all led to backlash, including from the mental health community. An online DSM petition signed by many doctors and professionals questions the latest 2013 version, DSM-5, challenging “the lowering of diagnostic thresholds for multiple disorder categories, the introduction of disorders that may lead to inappropriate medical treatment of vulnerable populations, and specific proposals that appear to lack empirical grounding”, amongst other things.

What’s next for the DSM? 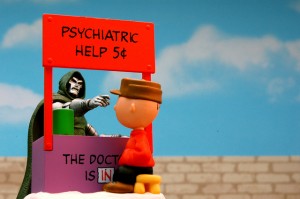 Despite the controversy, the ICD is said to be set to more closely align with the DSM in its next release. This is mainly due to the desire to provide a common language and diagnostics system that enables global mental health practitioners to work together more easily. One would hope that a more unanimous classification system could also mean the time of patients isn’t wasted with inaccurate definitions and confusions within the healthcare system and that a greater dedication to treatment and care could be the result.

The best use of the DSM?

Having a manual of classifications could be seen as a useful first step towards then working carefully, over time, with patients to understand the nuance of their situation so as to understand whether they can be classified as suffering long term mental illness or are merely needing adequate professional support to work through considerable issues that mimic mental illness. This allows a patient to feel safe to express themselves, be listened to, and be correctly observed without fear of being instantly labelled.

In this way DSM categories can be treated as useful benchmarks for potential medical diagnoses but not as something that supersedes the personal experience of a patient.

The DSM, Your Therapist, and You

Seeing a therapist is a great way to work through whether a medical diagnosis of a disorder is helpful or whether you are instead experiencing a reaction to earlier life trauma, a life-time of problematic influences, or sudden dramatic shifts in circumstances. Having the support of a professional might be all that you require to heal unhealthy patterns and find a more balanced perspective. If you do have a disorder, many a good therapist will recognise it and then recommend you for a diagnosis as required.

Have you had an experience around the DSM you’d like to share? Do so below. We love hearing from you.