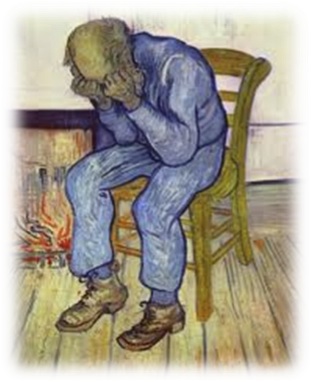 Personality disorders are one of the more controversial psychiatric diagnoses of recent times. While aspects of these personalities’ types are traumatic, many argue that human personalities are too complex to slot into the ten categories stated in the DSM-IV-TR. Furthermore, a diagnosis of a personality disorder can lead to stigma for both the person and their family. Despite this ongoing debate, what is certain is that for some struggling with personality disorders, life can be challenging, difficult and isolating.

In this post we are going to look more closely at one of the cluster A personality disorders (odd or eccentric) – Schizotypal Personality Disorder.

What is Schizotypal Personality Disorder?

Schizotypal personality disorder (STPD) is a disorder characterised by cognitive or perceptual distortions, odd behaviour and the inability to keep up close relationships. The term “schizotypal” itself is derived from the term “schizotype” and was coined by Sandor Rado in 1956 as an abbreviation of one phenotype of a “schizophrenia genotype”. Research has suggested that STPD represents a mild form of schizophrenia since there are similar, but not identical, symptoms.

STPD occurs in 3% of the general population and is slightly more common in men. Characteristics of those with STPD often include an eccentric appearance or behaviour, rapid and elaborate speech that is difficult to follow, suspiciousness or paranoia, and often believe they have extra sensory abilities such as mind reading and seeing into the future. They can also believe in supernatural abilities such as out of body experiences and magical powers. This strange behaviour and appearance can often provoke ridicule from those around them leading to intense anxiety and paranoia. They may think that they are the constant focus of criticism and gossip and as such view the world as a very isolated place

The DSM-IV-TR defines STPD as:

“A pervasive pattern of social and interpersonal deficits marked by acute discomfort with, and reduced capacity for, close relationships as well as by cognitive or perceptual distortions and eccentricities of behaviour, beginning by early adulthood and present in different contexts indicated by 5 or more of the symptoms listed below”:

Although listed in the DSM-IV-TR on axis II, STPD is understood to be a “schizophrenia spectrum” disorder that is on axis I. Rates of STPD are much higher in relatives of people with schizophrenia than in people without mentally ill relatives, which suggests a large biological part. Other theories suggest that parenting styles, early separation, trauma/maltreatment history (especially early childhood neglect) can lead to the development of Schizotypal traits.

Are there any treatments for Schizotypal Personality Disorder?

As with most personality disorders, psychotherapy is usually the preferred choice of treatment for this disorder, however medication can be used for the more acute phases. Individuals with STPD rarely seek treatment for their disorder on their own and can be one of the more difficult personality disorders to treat as people may simply view themselves as creative and non-conformist rather than psychologically unwell.

Cognitive Behavioural Therapy (CBT) can allow those with STPD to remedy some of their odd thoughts and behaviours. Recognizing abnormalities by viewing videotapes and improving speech habits with the help of a therapist are two effective methods of treatment. Therapists specialising in personality disorders counselling can also try to teach clients to check their unusual thoughts or perceptions objectively and to ignore the inappropriate ones. For example, by keeping track of individual’s odd predictions, then later pointing out their inaccuracy.

Medication can be used for treatment of this disorder’s more acute phases of psychosis. These phases are likely to manifest themselves during times of extreme stress or life events with which they cannot adequately cope. The psychosis is usually transitory though and should effectively resolve with the prescription of an appropriate anti-psychotic. Psychiatrists are usually able to diagnose and help treat STPD.

It can sometimes feel like no-one understands the day-to-day struggles that someone who has SPD suffers. But help is available to bring these struggles to light and help manage them so that day by day things get a little better.