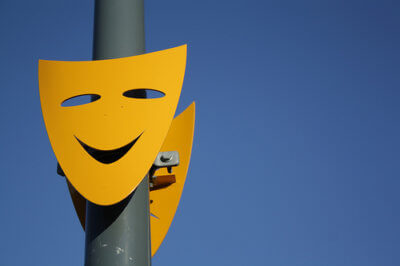 Heard about ‘positive psychology‘, but brushed it off because you are a realist? Or it sounded a bit too ‘shiny happy people’ to take seriously?

A movement created by psychologists, they weren’t thinking about mainstream concepts like ‘positive thinking‘ when they came up with the title, but, well, the rather serious science of psychology.

Positive psychology was so named to make a clear point about the state of psychology at the time, and what was needed to forward the field.

Post World War II, psychology increasingly became focussed on the ‘disease model’ – on what was wrong with people. The idea of researching the power of what goes right in life, and what helps us flourish, had been lost by the wayside.

Positive psychology challenged the unspoken idea in psychology that only negative experiences were useful. It was formed to help bring back the concept that we can find meaning and progress in life from looking at what is going right. It was time to examine the tools that help rather than hinder us, such as as creativity, spirituality, resilience, courage, nurturing our inner genius, and hope for the future. 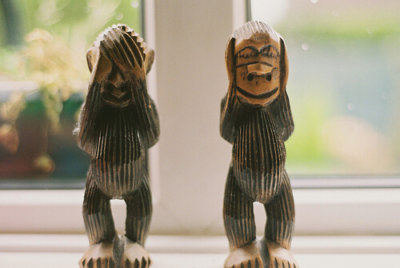 Despite the way it sounds (or despite some practitioners who might have veered off from the true aims of the positive psychology movement), positive psychology does not at all suggest we ignore noticing what needs repair in our lives, workplaces, and societies. Rather, it suggests we also focus on how to build what works, and grow the positive qualities that support us.

We need to look at both weaknesses and strengths to learn how we can best function as individuals and as societies.

4. Positive psychology is a new movement that will not last.

The idea of a psychology that focuses on what works over what goes wrong is not at all new. The positive psychology movement merely carried on ideas that have been around a long time.

Before World War II and the shift to a focus on mental illness and how to treat it, psychology was already researching positive topics. This included things like how to make life productive and fulfilling, and how to be a better parent. And one can look to Carl Jung himself as the leading ‘ancestor’ of positive psychology, with his heavy focus on finding meaning in life. Plus, both humanistic therapy and existential therapy planted seeds for what would become the positive psychology movement.

5. Positive psychology is outdated – just the 1960s all over again. 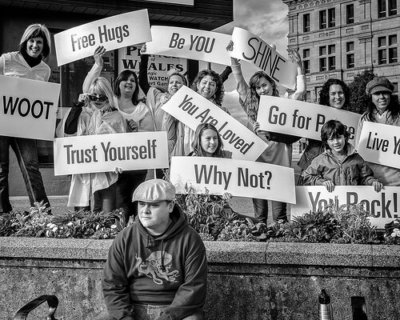 Positive psychology is very much a product of the end of the 20th century in America. The booming economy of the 1980s that led to a self-centred free for all, followed by negativity and doom about the next millenium bolstered by wars and epidemics like AIDS.

If anything the rise of positive psychology was eerily timely, giving us all useful tools and a new way of seeing human resilience in the face of an era that would see the rise of terrorism and the fall of trust in governments.

6. Positive psychology is just a personal thing for individuals.

Positive psychology is a science that goes far beyond the individual. Positive psychologists are heavy involved in helping enterprises and organisations be healthier places for employees, as well as researching things like parenting methods that lead to balanced children and how communities can thrive.

7. But positive psychology could never help someone like me, I’m too depressed!

One of the main things positive psychology has shown is that happiness and wellbeing are not ‘for other people’ but things that can be taught and learned, no matter where you are starting from.

Interested in trying a therapy that is influenced by positive psychology? Harley Therapy connects you with experienced and empathic therapists offering solution-focussed brief therapy (SFBT) and acceptance and commitment therapy (ACT).

Have a question about the positive psychology movement we haven’t answered? Post below in the comments box.