Dealing with the death of a child is something we all hope to never have to face. For those of us who must, it can be a battle between coping with our own devastating grief and the struggle to know how best to deal with our surviving children.

While it’s easy to just hope that children are resilient, and in some ways of course they are, siblings suffer as deeply from the loss of a loved one as their parents. Worse, if children aren’t helped to properly grieve, they are often left to carry their confusion and pain far into adulthood, with all the repercussions repressed sadness brings.

Children and grief is something that needs our attention. The more children can be helped deal with bereavement, the better.

To look at what it’s like for children to grieve a sibling, and how parents can best help, I’m going to draw from one of the most enlightening books about children and grief – Sibling Bereavement: Helping Children Cope with Loss, by psychologist Anne Farrant. Containing interviews with adults who have experienced the loss of a sibling in childhood and including the stories of Farrant’s own children, this is a remarkable and revealing book that gives voice to those who have struggled for years to come to terms with the loss of a sibling.

The challenges faced by a child grieving a sibling

At the moment of the loss of a child a family, which has its own special dynamic, is forever altered. A parent is inevitably lost to the overwhelming grief of losing a son or daughter. A child, on the other hand, will not just be experiencing the loss of their sibling, but also the loss of the family as it was, and often the loss of the way their parents were. 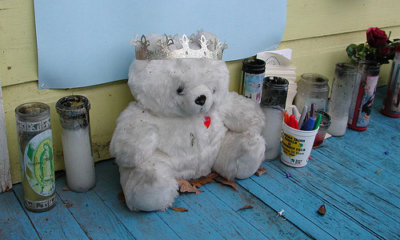 Farrant’s book showed the following as the main challenges faced by children dealing with not just the death of a sibling but the grieving of the adults around them:

Faced with such challenges and the resulting intense and complex emotions, and often with no outlet to express them, children find themselves struggling to make sense of things. If they are not given the support they need, this struggle can, as mentioned, continue long into adulthood.

How to help children who are grieving a sibling

Although Farrant is keen to not be prescriptive, as all families are different, she draws together certain themes which emerge from the people she interviewed as to what children need when faced with the loss of a sibling, both in the immediate aftermath and going forward.

1) Give the child information and knowledge which is appropriate for their age and understanding.

Children need their questions answered and need to understand what happened to their sibling. If they do not have this information then a child will fill in the void with their own imagination, often meaning the pictures they create are far worse than the actual real events.

This does not mean that they are burdened with choices, or pressed to make decisions, but that they are asked how they feel and that they can have a say. 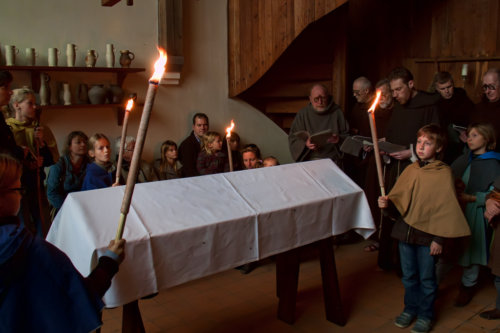 For example, sometimes parents, in an attempt to protect their child, or shield them from their own emotions, keep a child away from a funeral. Parents do not always realise the long-term impact not attending this formal goodbye has on their child and how this impacts on them as a future adult. Many of the stories shared in Farrant’s book talk of the regrets siblings have over not being able to attend the funeral of their sibling.

3) Allow the child to talk about their brother or sister, should they wish to do so.

This is the most crucial of all for grief to follow its normal course. If a child is prevented from talking normally then the child’s grief will not be expressed, vocalised and heard. If this does not happen then the child can withdraw. Their grief will be pent up and may cause problems into adulthood.

4) Tell the child about the death of a brother or sister in a considerate way.

Imagine simply overhearing such devastating news as the death of loved one from people casually talking around you, or being told by someone you hardly know. The moment a child is told of their sibling’s death becomes a memory they never lose, just as it does for adults. Wherever possible, this moment needs to be shared with someone who is emotionally close to the child and able to support them.

5) Offer the child a realistic view of their deceased sibling.

When parents idealise the child who has died it sets a standard the sibling can’t live up to. They are left to chase approval, feel they need to be more special, gifted or clever than they are, or believe they have to prove they are worthy of survival. This is something which can deeply affect their feelings of self-worth and the choices they make throughout their life.

6) Allow the child to keep possessions belonging to their sibling.

It may be difficult for parents to understand, but children often want and need to have some of the things which belonged to their brother or sister.

7) Don’t download adult commentary on the child that is burdensome on him/her.

Comments such as ‘you are more precious now’, ‘you must be strong now and look after your Mum/Dad’ and ‘don’t make a fuss in public’ place a burden on a child which they should not have to carry. Such comments can also make a child pretend to be strong so as not to let anyone down.

8) Give the child emotional support.

Remember that children see everything, understand more than we realise, and are like emotional sponges. If parents are, understandably, unable to put aside their feelings and be emotionally available, they need to source help from other trusted adults and family members who can give much needed emotional support to their child.

The stories in Farrant’s book on children and grief reveals the devastating impact of not experiencing a normal grieving process. Many of the interviewees were left to since undergo grief counselling as an adult to help themselves. It shows that the way that adults handle loss, and how they behave around their surviving children, deeply affects these children’s future.

Although it is never too late to embark on bereavement counselling to come to terms with a loss which has been unresolved or denied, how much better if we all worked to understand children and grief and could give a child appropriate support at the time of their loss. 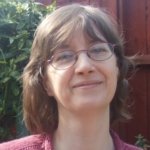 Ruth Nina Welsh is a freelance writer specialising in lifestyle, wellbeing and self-help. She is also a former counsellor & coach and an erstwhile musician. Her site Be Your Own Counsellor & Coach offers visitors help and inspiration to live happier, more fulfilling, and purposeful lives.

2 Responses to “Children and Grief – When a Sibling Is Lost”