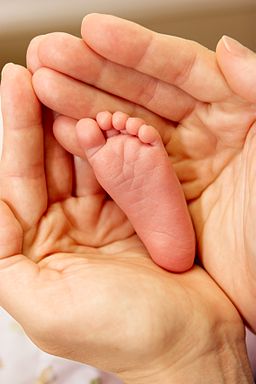 Post-natal depression is the parenting and mental health issue that most people have heard of. Said to affect around one in ten women, post-natal depression generally begins within one or two months of giving birth (although it can be several months before symptoms start to appear).

It is not clear what causes post-natal depression. The change in hormones after child birth was previously believed to be a cause, but studies have been inconclusive. It’s interesting to see that new studies have begun to focus less on biological causes, and more on the impact which becoming a parent has on the mother’s life.

Some of the factors which have been thought to cause post-natal depression include:

Note that it’s actually normal to feel down after giving birth. This is called ‘the baby blues’ and involves a period of feeling weepy, emotional and exhausted that can last for several weeks.

The difference between the baby blues and post-natal depression is one of severity and length. While baby blues last a few weeks and involves feeling low, post-natal depression can drag on for months if not more than a year (in fact 30% of sufferers reported still being depressed three years later) and can involve suicidal thoughts and an inability to take care of your child properly. 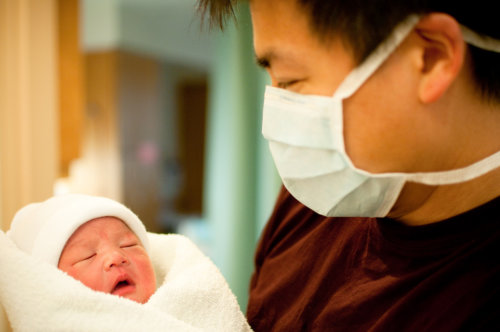 The UK Medical Council and University College London collaborated on a 2010 study into depression in men and women after the birth of a child.

The study showed that 21% of the fathers experienced a depressive episode, for the most part within the first year of their child’s life.

It is thought that men suffering from depression after becoming a father may be affected by their partner suffering from post-natal depression. They may also be struggling to cope with the new financial pressures a family brings, feeling left out as they go back to work and their partner bonds with the baby, and/or experiencing a loss of connection with their partner due to the partner’s attentions now going to the new child.

The Stress of Sexism in Parenting

Unfortunately, parenting can still bring preconceived roles with it that can cause unnecessary stress if left unexamined.

Mothers may worry that, if they find parenthood difficult, they are not living up to their prescribed role of a ‘natural’ caregiver. If a mother feels that she does not instinctively know how to be a perfect parent to her baby, she may feel she has failed.

Fathers may find it difficult to learn about their role as a new parent due to a lack of visible role models. Up until fairly recently, fathers in films, TV shows, adverts and other forms of media have often been portrayed as helpless and inadequate when it comes to raising a child.

It can also be much harder for fathers to admit that they have concerns, fears or possibly even ambivalent feelings about becoming a parent. They can feel trapped in the notion that men are ‘strong’ and keep their emotions bottled up and feel they can talk to anyone. This can be made worse if they don’t immediately feel a connection with their child, which they might not realise is actually normal.

Both mothers and fathers bring their own memories of their early childhood into the experience of parenting. So if a woman had a stay-at-home ‘wonder mum’ she tries to live up to despite herself being a career woman, it can again add stress. It can also be that a parent tries to forcibly be the opposite of what they grew up with. A man who had an absent father himself might try to be the ‘perfect dad’ in compensation, giving himself too much to live up to.

The everyday stress of looking after a baby 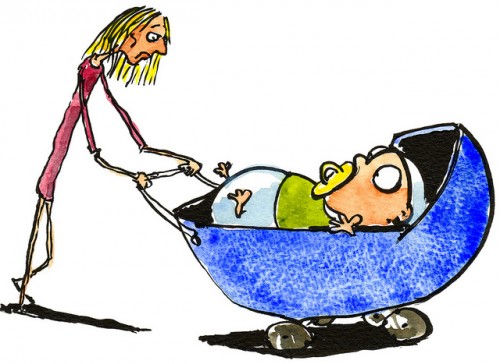 While post-partum depression has become a popular topic, less is said about parental anxiety. There is still a stigma attached to admitting to any struggle, with parents feeling ashamed of appearing ignorant, overly sensitive, or as if they cannot cope with the demands of being a parent. Some new parents may even feel they are being selfish in talking about their worries, as perhaps friends have not had luck with having children.

It’s important for new parents to not be hard on themselves if they are having trouble managing it all but to realise a certain amount of stress is normal.

Some new parents can find it quite a shock to the system to go from being child-free to having a baby to take care of non-stop. Being responsible for the care, nourishment, safety and stimulation of a baby can be daunting, leaving even the most confident and capable people suddenly feeling bogged down and inadequate. And mo matter how much information one reads in advance, there is nothing to compare to the actual experience, leaving many parents reporting feelings of overwhelm in the first few years.

Becoming a parent means that your life is no longer your own. Many of your previous commitments, hobbies and pleasures take a backseat as a necessity. This can leave new parents feeling that they have lost their identities.

A lack of support from family and friends can sometimes make things hard to bear. While many individuals have support from others around the time of the birth, once friends and family members return to work and other commitments there can be a vacuum effect.

Sleep deprivation is an enormous problem for new parents, one which does not always have an easy answer. Without regular, uninterrupted sleep, new parents can become fatigued, irritable, stressed and emotional, all while continuing to attend to the demands of baby.

Then there is the stress of balancing work commitments. This may mean one parent giving up a job or career to care full-time, or both parents changing their working patterns to look after the baby. A shift to always being at home can leave a new parent either lonely and missing being in the workplace, guilty that they get to stay at home while their partner still works, or feeling judged by others if they don’t go back to work soon enough. Parents who do go back to work quickly might on the other hand struggle with feelings of guilt at being away from their child.

Friction can rise between the parents about who does what now that their is a baby in the mix. Several studies show that, even in cases where both partners work, the majority of household tasks fall to the woman to complete.

Has the digital age made parental anxieties even worse?

It doesn’t take a new parent long to find a huge amount of information about how they should be raising their child via a quick internet search. But this can lead to a lot of paranoia and anxiety for a new parent, who might think they spot an abnormality in their child then spend hours on forums losing site of their common sense.

It is important to remember that while it’s natural to feel protective of your newborn, and it’s great to have the support and camaraderie of other new parents that the internet can provide, it’s not helpful to let everything your child does become a source of anxiety. If you find that your mind is constantly on a cycle of ‘what ifs’ – what if I can’t look after my child properly? What if he/she gets ill? What if someone breaks into the house?- it might be time to talk to a counsellor or at least good friend.

7 Tips for protecting your mental health as a parent 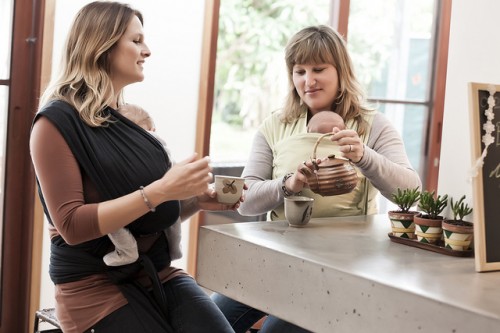 So if some or all of the above is ringing a little too true, what can one do? Here are tips to help you stay sane.

Keeping fears and anxieties bottled up can increase their intensity. It’s not a sign of failure to need to talk to someone or ask for help, it’s a sign of strength, and ultimately, self-respect. Why suffer if you don’t have to? It’s especially important to keep the lines of communication open between you and your partner.

Parenting can be so intense that the now moment is all one can manage. But try to see the bigger picture. The truth is it won’t always be so hard. You will get better at it, your child will become more independent, and things will inevitably get easier as your child grows.

3. Reduce the pressure on yourself.

Many new parents have lots of grandiose and romantic ideas about how they will raise their children. Most of these ideas go out of the window in the face of the hardships of parenting. Don’t beat yourself up if this is the case! You do not, after all, need to be the ‘perfect’ parent. You just need to be the best parent you can be, and that means one who also takes care of themselves and their own health. And don’t be afraid to delegate.

Keeping your children fed, healthy and happy is plenty to be proud of. If things begin to get on top of you, don’t overcrowd your schedule or task list.

It’s easy to feel overwhelmed with the sheer amount of advice available to new parents. Try to rely on your own common sense as much as possible and don’t let friends or family make you feel inadequate for not following their instructions. At the same time, don’t cause yourself extra stress by getting angry at them for offering it. Thank them for their input, and then do what you feel is right.

If you are in a couple, be honest with each other and stay a team. While it’s hard to stay patient when you are running on very little sleep, do try to see things from the other’s point of view. If things get very tetchy, try to remind each other that the extreme stress of being a new parent is a phase that will pass and that it will get easier if you stick it out.

While talking to friends and other parents can be very helpful, it can sometimes be more of a relief to talk to someone who doesn’t have a personal opinion on you and your life but can offer an unbiased outside perspective. This might be a coach, counsellor, or psychotherapist. And if your relationship is really suffering because of the stress of parenthood, don’t overlook the power of a few sessions of couples therapy to get you back on track and communicating again.