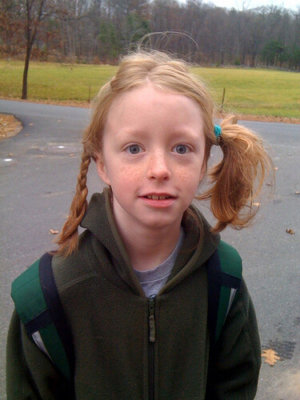 Children are by their very nature full of energy and curiosity. Stuck in an adult world of rules they are still learning, they all can become bored with sitting still, forget what they’ve been told, and get distracted by something new and exciting.

So then when does normal child behaviour cross the line into attention deficit hyperactivity disorder (ADHD)? Should you be worried your child one of the estimated up to 9% of school children in the UK suffering from ADHD?

And how do you know if it is time to consider taking your son or daughter to see a child psychiatrist for an ADHD assessment?

(An adult reading this worried about themselves? Read our piece on Adult ADHD for more targeted information).

The myth of hyperactivity and ADHD

The idea that to have ADHD a child must be ‘bouncing off the walls’ with hyperactivity is actually a myth. And one that is thought to leave many children undiagnosed at that, chiefly girls.

ADHD in children actually has three main symptoms. These are:

Hyperactivity looks like a child who wants to always be on the move and fidgets terribly if asked to sit still, talks non stop, seems to have batteries that never wear out, might be quite temperamental, and finds relaxing a challenge. 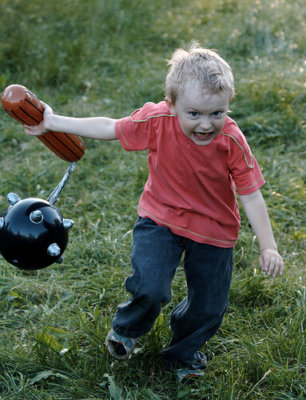 Impulsivity looks like the child who says whatever they think, blurts out mean comments to others, interrupts others, doesn’t understand personal space, grabs toys that don’t belong with them, smash the sandcastle they spent hours building, or touch the hot stove even though it’s on. They can also be emotionally volatile and overreact, scaring off other kids.

Inattention looks like the child who sits at her desk at school staring off out the window, doesn’t

listen when spoken to, has trouble at school because they don’t follow the directions, doesn’t finish things, or remember their homework, loses their personal possessions, or upset other children because they can’t grasp the rules and do things wrong.

While many children with ADHD have all three traits, some have only one or two, such as being only inattentive, or being impulsive and hyperactive but having a good attention span.

So while some children with ADHD might be hyperactive and disruptive, or even exhibit dangerous and scary behaviour like jumping out windows or running into streets, children with ADHD can also be the quiet children who don’t seem to be present. They can be the ones who are always daydreaming, or children whose attention span is ok but don’t seem to think before acting, breaking toys they like or eating something they don’t have permission to.

With girls tending toward inattention problems, compared to boys who tend toward hyperactivity, it’s thought many girls who actually have ADHD are not identified as sufferers or given the help they need.

Other psychological conditions that can occur alongside ADHD

It is possible and in fact common for your child to experience ADHD alongside other conditions. These can include learning difficulties, anxiety, self-esteem issues, and sleep problems.

Why Does My Child Need a Diagnosis? 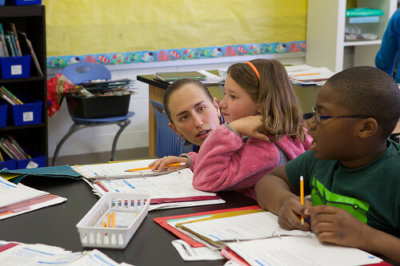 By: US Department of Education

It can be nerve wracking to consider if your child has a psychological condition. But it’s important to not overlook your child’s challenges or assume they will ‘grow out of it’.

ADHD can cause your child considerable stress, seeing them reprimanded constantly at school, struggle to keep friends, rejected by their siblings, and suffering from low self-esteem.

A diagnosis opens up avenues of support for your child and their wellbeing. This support can help your child understand themselves better, teach your child learn new ways of thinking and behaving that makes life easier for them, and also mean they receive targeted help at school.

Again, the symptoms of ADHD are characteristics most children will display at some point in some form as a part of normal child development.

So it’s important to not jump to conclusions and assume your child has ADHD without a professional diagnosis, especially if your child is under the age of six and/or only has symptoms in certain situations.

A child with ADHD will also not just have symptoms ‘some of the time’. They instead exhibit signs of attention deficit in most if not all environments, whether that is at home, at school, or out socially. It will affect their competence and ability to achieve in several areas as well, such as school work and homework, family relationships, social life, and also their ability to do daily tasks and deal with common hazards. 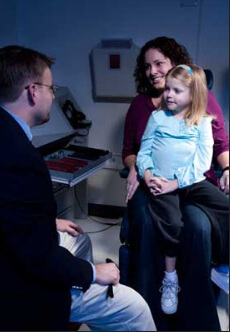 A professional diagnosis in the UK usually happens when a child is between the ages of 6 and 12. It can first rule out other causes for your child’s impulsivity, inattention, and/or hyperactivity. This can include medical conditions such as a thyroid issue, recent life trauma, a learning difficulty, or other psychological challenges like bipolar disorder or conduct disorder.

A diagnosis will involve a child psychiatrist or pediatrician who specialises in ADHD in children asking both you and your child targeted questions, looking at both your child’s and your personal needs, as well as the way your child functions in your family, at school, and in social settings.

Health care professionals follow specific professional guidelines for the diagnosis of ADHD in children. In the UK, as recommended by the ADHD guidelines of the National Institute for Health and Care Excellence (NICE), this involves looking at the diagnostic criteria put forth by both the World Health Organisation’s manual the ICD-10), as well as those of the American Diagnostic and Statistical Manual of Mental Disorders (DSM).

If you are worried your child might have ADHD, you can either book an appointment yourself with a child psychiatrist specialising in children with ADHD, or you can talk to your GP or the special educational needs co-ordinator at your child’s school.

What does treatment for ADHD in children look like?

There is no ‘cure’ for ADHD, rather it tends to be a condition that continues into adolescence and adulthood. It is, however, a manageable condition. Treatment includes therapy, sometimes alongside medication, but not always.

The therapy offered to children in the UK with ADHD is behavioural therapy, which involves managing your child’s behaviour with a rewards system that encourages better choices. Cognitive behavioural therapy (CBT) is also sometimes offered, a form of therapy that helps your child see the link between their thoughts, feelings, and actions.

These therapies are offered alongside other support such as eduction on living with ADHD for both your child and family, and social skills training, where your child can learn more about how their behaviour affects those around them.

There are also things you can do to help your child, such as ensuring a healthy diet, a solid routine including regular sleeping hours, and consistent parenting.

Another very important factor if your child has ADHD

It’s also important to remember that you as a parent might benefit from support as well. This might be help managing stress, or learning new parenting skills that make things easier for both you and your child. Look into the parent training offered by the NHS, or consider working with a counsellor.

Have a question about ADHD in children we haven’t answered? Ask below.

2 Responses to “ADHD in Children – Should You Be Concerned?”