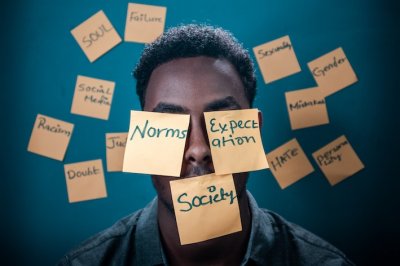 Feel like there is a mismatch between the body you are in and the person you actually are? And wonder, “What is gender dysphoria, and does it apply to me?”.

When we are born we are attributed a sex of ‘male’ or ‘female’, depending on our visible sexual organs.

Gender is different than sex. It refers to what ‘male’ and ‘female’ means in our society and culture. It’s a set of expectations and roles for each sex, not a biological fact. There is no scientific reason that women wear skirts and makeup, for example.

And then what is gender dysphoria?

Dysphoria is a strange sounding word. But you probably know its opposite, euphoria, or feeling really amazing and satisfied. Dysphoria is feeling uneasy and dissatisfied. It comes from the Greek language, and translates as ‘difficult to bear’.

Gender dysphoria means that your gender identity (the gender that feels right to you personally) doesn’t match the one that society expects of your sex, and the clash is affecting your ability to cope.

You might choose to call yourself transgender. Note that identifying as transgender doesn’t instantly imply gender dysphoria. If you are one of the lucky few who have strong support from family and your community, then dysphoria might not happen.

**Also note that if you don’t like the word ‘dysphoria’? And feel uncomfortable with the idea your gender has to be discussed using such words that feel too ‘medical’ or analytical to you personally?  If you are struggling because of how other people are treating you and you want to speak to a therapist, tell them you don’t want to use this word. A good therapist is there to help in a way that works for you.

Is it a big deal?

Yes, because it involves feeling emotionally distressed about not externally being the sex that matches the gender you know you are. And it can be connected to serious mental health issues like:

Breaking out of binary ideas of sex and gender 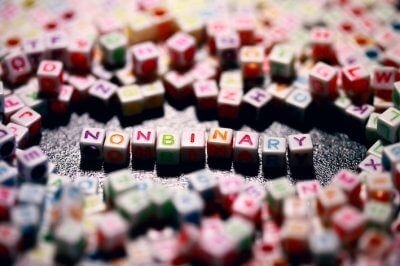 Gender is not limited to the two options of male/female. Two is ‘binary’. People can feel they are both genders, or a gender outside of these two boxes, or not even identify with gender at all. There are all sorts of terms used here, like ‘gender diverse’ or ‘a-gender’. Although people in this group tend to get lumped under the term ‘non binary’.”

And note the that sex isn’t as black or white as we’ve long pretended either. It doesn’t always match ideas of ‘male’ or ‘female’ but can be varied, coming under the umbrella of ‘intersex’. You can be born with both male and female sexual organs. You might have a vagina but also an undescended testicle, for example. Or you can have chromosomes that don’t match the definition of male or female.

Gender dysphoria can arise if you were born intersex but assigned to one sex at birth, or operated on soon after. It might be that you don’t feel the gender that was given you, or that you feel both sexes and upset that one was forced onto you. Although some members of the intersex community fight against talking about these issues using language like ‘dysphoria’. We are still at the infancy of understanding how to talk about such issues, and perhaps in time there will be greater understanding.

1. It is a mental health disorder.

No, it’s no longer classified as a disorder. This word was dropped in 2013, and rightfully so. It implies there is something wrong with a person who doesn’t feel they are the gender expected of them.

If anything, there is something wrong with the limited view of sex and gender we’ve had. It could be easily argued that it’s not the person who has a disorder but our societies that are disordered.

2. If I am confused about my gender, I have dysphoria.

Not necessarily, although it could lead to dysphoria. Remember that dysphoria means you do know what gender is right for you, it just doesn’t match what is expected of you, and the difference is causing you significant stress.

If you are confused about gender, and have support from friends and family to talk about it, that is not the same thing.

3. A child who wants to dress in clothes from the opposite sex has gender dysphoria. 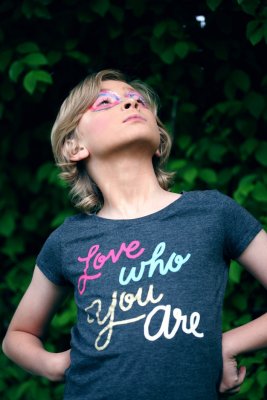 It’s normal for children to experiment. They might want to play with a range of toys, or dress in clothes outside the norm.

This doesn’t necessarily mean they identify with another gender, or that it is an upsetting thing for them. Questioning identity and exploring different things is rather a healthy part of growing up. Be wary of projecting your own upset onto your child here.

Of course children can suffer what’s called ‘early onset gender dysphoria’. If your child is significantly distressed by their genitalia and that they can’t live full-time as another gender, then it’s worth talking to a specialist.

Your sexual orientation is not dictated by your gender. You can be heterosexual, gay, bisexual, or asexual, regardless of what gender you identify as.

Although it can be frustrating if others don’t understand. If, for example, they can’t see that despite currently living in a woman’s body, you gender identify as male and are a heterosexual dating a woman. But your sexual identity is not up to other people, it’s up to you.

5. People with gender dysphoria go on to have operations to change their sex.

The choice to physically alter your body with hormones and surgery is personal, and not everyone makes it. Nor does it mean the end of distress. In some cases, it causes more distress.

It’s your body and your life. You have to do what is right for you, and you can live as another gender without changing your biological sex.

Do I need therapy?

It is highly recommended to seek support if you have gender dysphoria. Remember, dysphoria means mental distress. Mental distress stops us from coping. It means our school work or career can suffer, our relationships can take a toll, and our thoughts can get dark. Anxiety and depression can become suicidal thinking or self-harm.

Here in the UK, you can talk to your GP about gender issues and might get a referral to a NHS-funded gender dysphoria clinic (GDC). There can be very long wait lists, though. If you feel you need help urgently, note you can also seek support privately.

Want to talk to a warm, understanding therapist about your gender identity? Our top team of London-based talk therapists are ready to help. Or use our booking platform to find a UK-wide therapist now.

Still have questions about gender identity and mental health? Or want to share your experience to support other readers? Post below. All comments are moderated to protect our readers and community and note we do not allow harassment of any kind.