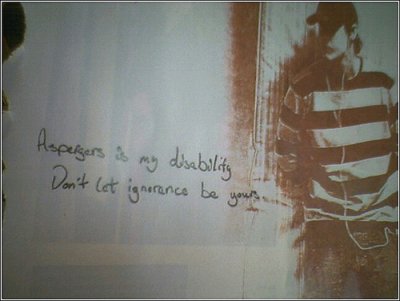 Worried that your partner, colleague, or loved one might have Asperger’s? Or that you might have it yourself?

What are the signs of Aspergers in adults to look for?

What is Asperger’s syndrome?

‘Asperger’s disorder’, or ‘Asperger’s syndrome’, is actually no longer an official diagnosis in the UK (or the USA, for that matter). Since 2013 this was dropped in favour of ‘autism spectrum disorder’ (ASD).

But those who had a diagnosis before the change still use the term ‘Asperger’s’, ‘Aspie’ for short, and it’s still a preferred term by many who feel they have symptoms.

When labels are and aren’t helpful

The helpful thing about moving the diagnosis to ‘autism spectrum disorder’ is that ‘spectrum’ emphasises how this is not an exact science.

Aspergers isn’t something you can see under a microscope. Like all mental health labels, it’s just a word to describe a group of symptoms shared by certain individuals.

Each individual can manifest symptoms differently, and it’s important to remember that nobody is a mental health label. They are a person with their own character, who might just fit the profile of ‘Asperger’s.’ And there are ongoing disputes over what is and isn’t Asperger’s, such as discussion over gender-based differences.

[Want to hear about the experience of Asperger’s from someone who actually lives with it? Read our connected piece, “My Life With Aspergers Syndrome“.]

Signs of Aspergers in Adults

Again, symptoms can vary from person to person (and possibly with gender-based differences).

But the three main signs of Asperger’s syndrome in adults that will generally be present, as per the NHS, are difficulty with social communication, social interaction, and social imagination. 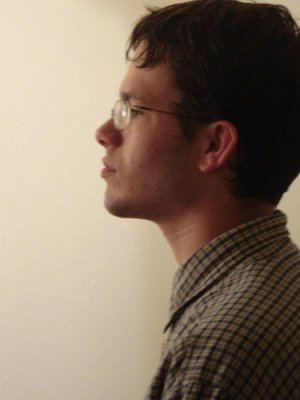 *These different ways of behaving will have been present since childhood. The autism spectrum doesn’t just suddenly develop later in life.

A closer look at signs of Aspergers

Again, not all symptoms are in all individuals beyond the three main symptoms. These are just possibilities of how Asperger’s is known to manifest.

People with Aspergers might be more factual than normal. Instead of telling stories to get a point across, they will be direct.

They might also not be as prone to pausing and allowing interaction when they are speaking about something they care about.

They have no intention of being rude, they just are not as easily aware as you might be about how a conversation is ‘supposed’ to go. And they are passionate about what they like.

2. A lack of nonverbal behaviours.

Gestures and facial expressions can be less, or even missing. It’s just not the way an Aspie communicates.

It’s common for someone with Asperger’s to not naturally make eye contact. It simply doesn’t feel natural for them.

If you tell them about it, they might then try extra hard to look you in the eye and then overdo it. They are doing their best, they just don’t have the same inbuilt feeling for eye contact that you might.

4. Not one for social graces.

What many people consider ‘normal manners’ may not be intuitive for someone with Asperger’s.  They can walk away when you are talking, invite you over for dinner then ignore you, open the door to let you into their house and look at you then walk off….

You might assume they are being rude. Not at all. They simply don’t have the same natural understanding of society’s ‘rules’ and have to learn them and work hard to keep them up.

5. Obsessive focus on one topic (which can be an unusual one). 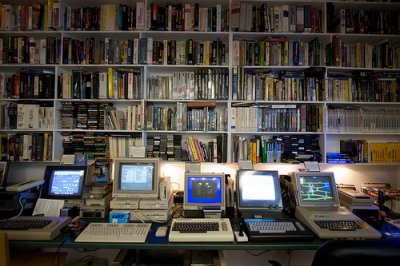 It might be collecting something rare, or an unusual hobby, it might be another person that becomes the focus of someone with Asperger’s.

They might talk incessantly about the subject or other person, unaware they are boring others, lost in their passion.

There is some discussion that girls are less likely to have an unusual focus and more likely to simply over focus on a subject her peers are into. (But this assumes gender stereotypes are in place and she identifies with them).

The focused interest can completely change (which can feel hard if you are the obsessive focus of a person with Asperger’s, only for him or her to then seem totally uninterested).

6. Unable to understand what you are feeling.

Those with Asperger’s can often be judged as ‘cold’, ‘unfeeling’, or ‘lacking empathy’.

It’s not that they don’t have empathy or mean to be unkind. It’s now thought, rather,  that some people with Aspergers might even have too much empathy.

It’s more about finding emotions confusing and overwhelming and not knowing how to to describe or talk about them.

Again, those with Asperger’s can talk a lot about what interests them, unable to see that others are either offended or uninterested. But if they don’t like someone, they might suddenly not talk at all, which can be awkward.

Another perspective here is that Asperger’s makes someone honest in perhaps ways we can all learn from. They aren’t going to pretend to be your friend or talk to you if they aren’t interested.

Wondering why the person you know doesn’t ask about how your day went? Or tell you about their recent successes? Sharing personal experience unprompted is not a given for someone with Asperger’s. 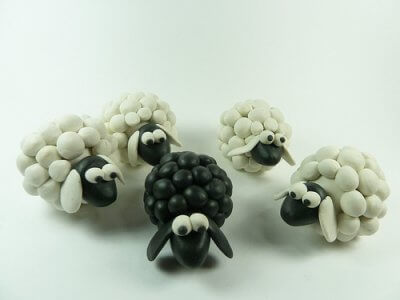 Once a person with Asperger’s comes to a conclusion they can be quite set in it, and find it a challenge to see the perspective of others.

On the other hand, they can be very good at making decisions.

Last minute change of plans? This can be very upsetting or even overwhelming for someone with Aspergers, who are more comfortable if things go a certain way all the time.

They might also get very upset about something that to others seems tiny or strange, but to them is important.

Asperger’s causes a need for routine and and structure. Without it, the person can become very flustered and panicked. On the other hand, they can be very organised and encourage you to be so, too.

Those with Asperger’s can be very sensitive to touch and shy away from it, with the exception of someone they deeply trust. They might flinch at being tapped on the back or touched on the arm, and refuse to be hugged.

What Aspergers has in common with other parts of the autistic spectrum is that it is a behavioural disorder which shows up in the way someone communicates and acts.

But  some ‘Aspie’s’ feel they have little in common with those with other types of autism. Asperger’s affects day-to-day functioning less, for starters. And it doesn’t stop someone from being verbal, it just makes their communication different.

Is the change from Asperger’s to ASD possibly a good thing?

On another note, the German doctor the condition is named after has recently been discovered to be far from the caring practitioner he portrayed himself as. Dr. Asperger worked under the Nazi regime and a recent research study has found he was responsible for the death of up to 800 children, signing them off as ‘unsuitable to live’. Not exactly a name one wants to remember.

Can Asperger’s syndrome in adults be treated?

There is no medication that specifically treats Asperger’s syndrome.

But working with a counselling psychologist can be very helpful. This is also the case if you don’t qualify as having autistic spectrum disorder but feel you would have been diagnosed with Asperger’s syndrome.

A psychologist can help you learn how to cope under stress, how to communicate more effectively, and how to behave in social situations so that your day-to-day life becomes easier.

Harley therapy connects you to experienced and professional counselling psychologists for adults with autism working from several central London locations.

Still have a question about signs of Asperger’s syndrome in adults? Use the comment box below.

50 Responses to “Signs of Aspergers in Adults – Sound Familiar?”