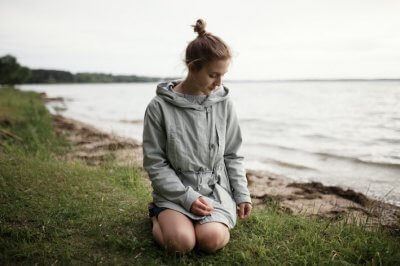 Heard that women and girls with autism have different symptoms? Is it true?

If so, what are they, and why are the signs of autism spectrum disorder different in females?

And each person will have their own unique way of manifesting their symptoms. This comes down to neurodevelopmental differences, sure. But it can also be influenced by co-occurring disorders, personality traits, and the environments we learn and develop in.

Women and girls with autism

On one end we might find a child with learning disabilities who is non verbal but full of love. And on the other one with a high IQ who is not interested in having friends and identifies as Aspergers, what a psychologist might call ‘high functioning autism’ or ‘mild autism’, although these term are not necessarily liked in the autism community who see them as divisive and judgemental. (Note that Aspergers is now diagnosed under ASD in America, but a term still in use in the UK , such as in NICE guidelines).

Women with autism can be a friendly mother struggling to manage a basic job or find a social circle, or a well-known artist who is shy, but still has a a large group of friends.

Regardless of the profile, there are a set of core symptoms that are shared, which are:

And although they aren’t seen as core symptoms, many on the autism spectrum also experience: 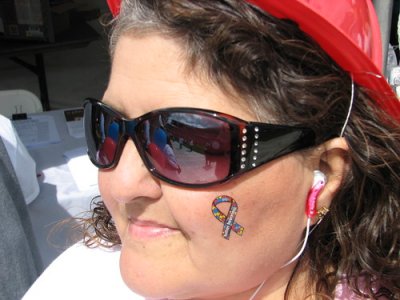 Yes. It’s just that the way the symptoms manifest is different. Which has historically meant they might miss out on being diagnosed, or be misdiagnosed. Although that is changing.

Current research from 2017 that looked at data from over fifty studies suggests the ratio of girls to boys being diagnosed with autism is around 3:1. This shows an improvement on previous research that found disparities as high as 16:1.

How autism is different in females

Females can have their autism overlooked because they:

The ideas around autism are also very stereotyped, which could influence diagnosis. The cliche here that is often rolled out is a male who loves trains. If a female, on the other hand, was over focussed on something like faeries, their rigid interest might be overlooked as something ‘girly’ instead of a symptom.

There are of course females who can present exactly like their male counterparts.

Nor does everyone falls into the neat categories of girl/boy in the first place (high rates of gender dysphoria in those with autism has been attracting researchers for the last few years).

Why would there be a difference between the sexes?

A theory that it’s because of brain differences has since been mocked. And this is not least for the glaring sexism and huge assumptions the researcher Baron-Cohen works from. He states, without solid scientific backup, or in any way accounting for the effects of socialisation,  that a male brain is higher on systemising, and a female brain higher on empathising. He concludes that autism is an ‘extreme male brain’.

Modern research, particularly with our new understanding of brain plasticity, shows that substantial differences between the female and male brain simply don’t exist. They are based on a series of misinterpreted research gone wild. Or what neuroscientist Gina Rippon, author of ‘the Gendered Brain’, calls ‘neurofoolishness’, and writer and psychologist Cordelia Fine ‘neurosexism’.

The power of socialisation when it comes to girls with autism

The most logical reason for differences is currently thought to be socialisation. Despite recent strides in understanding gender and identity, Western society still places heavy expectations on us all about what is ‘feminine’ and what is ‘masculine’. 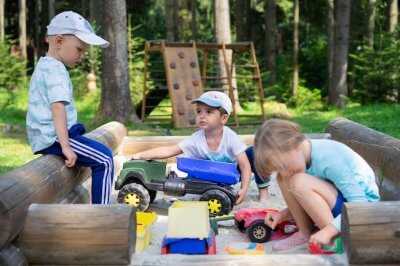 So girls with autism might have better social skills as the life of a girl presents more opportunity for socialising than the life of a boy.

And girls can be treated differently by teachers and parents. A boisterous boy, for example, might be pandered to for being a ‘ball of energy’ or ‘a real boy’. A boisterous girl can be told to ‘calm down’ or ‘stop being hysterical’.

Girls are still be taught to hide their personalities more, which could explain why more autistic females than males are good at ‘masking’.

Autism was first recognised as a neurodevelopmental disorder in the 1940s. But the first major study looked at four times as many boys than girls. And the trend seemed to continue. What if the first study had made an effort to include an equal number of girls and boys? We’ll never know.

On a good note, several decades later in the 1980s, the same researcher pointed out something important. He made it clear that no matter how developed the diagnostic is, we should never lose sight of the fact that each child is unique. Let’s hope he meant girls, too.

Mother of a girl with an autism? Or an adult who identifies as female and feels she has autism? Our multi-disciplinary mental health team now provides adult autism assessment in central London, as well as autism support for children and their families.

Still have a question about women and girls with autism? Post below. Or share your story to help other readers.

2 Responses to “Women and Girls With Autism – Are Symptoms Different?”