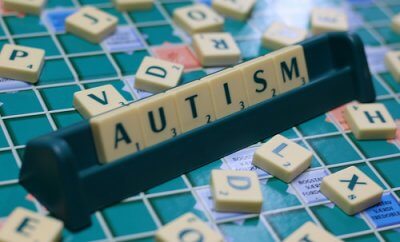 There are so many articles about Asperger Syndrome. But what is it really like to live with?

In December 2016 Piers Tyson* was diagnosed with Asperger syndrome, now officially called autism spectrum disorder or ASD here in the UK. This is his story.

When the psychologist told me I had autism spectrum disorder level 1, corresponding to Asperger Syndrome, I actually felt liberated.

Asperger Syndrome explains my “otherness” compared with those around me. And I was relieved because I didn’t know what to do if it was something else.

You see, I had asked my doctor for a referral to a psychologist after I had numerous lengthy conversations with my elder son, who himself received an Asperger’s diagnosis. He and I are very alike, and as we talked I felt my own life’s patterns, challenges, experiences and feelings falling into place.

An Autistic Child at School

Throughout my life I’ve felt that I’m not quite the same as most other people.

When I was very young I preferred reading and solo pursuits over group activities. Although I had a few friends, I wasn’t always comfortable with others my age. 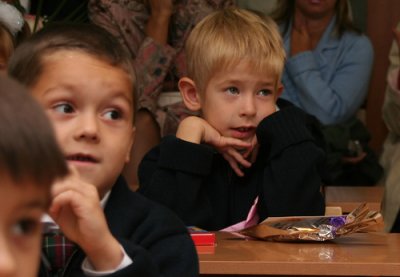 And at school I seemed to struggle more than others, which was odd because I had no trouble understanding the science books I used to borrow from the library. I now think this was because I learn differently, but then I thought I wasn’t as clever as everyone else.

I was also different because I was not as good at sports like everyone else at my boarding school. These activities didn’t interest me anyway.

As time passed I was bullied a little, making me feel isolated as well as anxious and afraid.

But after fifth-year exams I found a set of barbell weights and both enjoyed and was quite good at weightlifting. I think I enjoyed competing against myself. Later I became interested in karate, which deepened my absorption in focussing against myself.

When people who had previously pushed me around saw I could do things they couldn’t, their attitudes changed. But I remained pretty much a loner and still didn’t feel comfortable socially.

The Challenge of Asperger’s in the Workplace

The challenges really started when I left school and started work. I had no difficulty finding a job, and the work wasn’t difficult. But I just couldn’t get in gear to do it. People told me I was bright, but my performance exasperated managers.

Life felt like a guessing game whose rules I didn’t understand.

Things first started to improve when computers appeared on desks at the end of the 1980s. I found it satisfying to develop ways of automating things with greater speed and accuracy. Problem solving is more natural to me than struggling with existing processes.

I’ve learned that to follow processes effectively, I need to understand them in detail. This is a problem when people expect you just to get on with it.

After varied IT experience, I settled into information security, which feels like where I belong. Things aren’t miraculously perfect, but there are less difficulties and most are more easily overcome.

Having a social life when you have Asperger’s I’m generally OK in small groups. But conversation with more than two or three people is hard because of too much information to process in real time.

I can’t always take in what somebody says, even though I listen and hear all the words.

I also seem to be on a different wavelength – humour, reasoning, perception. Indeed, most communicating and thinking processes.

[Read more about what it’s like to socialise when you have Aspergers syndrome in our connected piece, “Characteristics of Aspergers” ].

I didn’t lack the teenage yearning to have a girlfriend, but I did lack the confidence. Feeling mostly like an outsider, and often being treated like one, the idea that any girl might be interested in having a close relationship with me just never entered my mind. I now wonder if my general inability to read social and other personal cues meant I simply didn’t recognise the signs a girl was interested.

Just before turning sixteen I finally got together with my first girlfriend. I guess it’s not unusual that this first time is emotionally too intense, and it certainly was for me. Not many weeks after, probably because I was too serious, she ended the relationship. I think my inexperience, coupled with my emotional “black-and-whiteness”, made this inevitable.

For about the next fifteen years I went through a larger scale version of the same kind of pattern
with relationships.

My simplistic outlook and emotional intensity just didn’t seem to work with girlfriends. I would be completely absorbed and attuned to the expectation that a relationship would be permanent, and was hurt more as a result when it wasn’t.

Marriage and Parenthood with Aspergers Syndrome 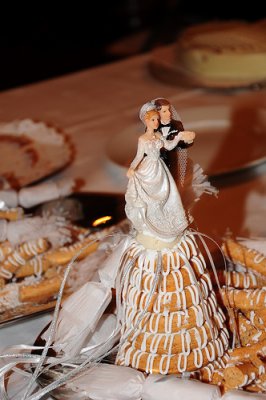 I was almost thirty before I met the woman who would become my wife.

This relationship was built on a great deal of mutual understanding and trust, though I was still decades away from learning about my Asperger syndrome.

When our son was born, I knew instantly and completely what my real priorities were. I think this is something universal for all new parents, but to me, it was like waking up to what really mattered.

I believe my Asperger’s personality and outlook focussed me as a parent, because despite still lacking confidence I had no fear or hesitation about my responsibilities.

Asperger’s and Other Mental Health Issues

All my life, trying to understand and follow the rules and expectations of society has caused me embarrassment, confusion, frustration and even mental health issues.

Lacking the instinctive awareness of others leads to stumbling into situations without time to prepare yourself. Occasionally some of the people around you exploit this by manipulation or bullying.

Although being pushed around by others isn’t unique to people with Asperger’s, I think our blindness to the normal rules of society makes us more prone to these problems. I believe depression is prevalent among us because of this.

During my early thirties several of these problems converged and I became unable to function properly. My judgment and reactions to other people were becoming erratic, and I was “seizing up” inside. This reached crisis point.

After being diagnosed with anxiety and depression I was given full-time group psychotherapy which helped me unravel my emotional mess. Several years later I received cognitive behavioural therapy (CBT), which was again very helpful by effectively training me to handle stressful situations better.

The Biggest Myth About Asperger’s

There is still a general view that autistic people are unemotional and not empathetic.

Far from being unemotional, our black-and-whiteness applies equally to our feelings, which tend to be polarised.

It’s not at all that we have no empathy. Instead, I find my tendency to take things literally simply makes empathy an all-or-nothing experience. In fact mostly I empathise very strongly, sometimes to the point of feeling pain.

I’ve been generally open about my Asperger’s diagnosis with people – family, friends, colleagues and management – because it seems sensible for those around me to know the reasons for my odd ways. And since people seem to be genuinely interested, I feel encouraged to spread awareness about autism.

In concluding this account of my experience as someone with Asperger syndrome, I emphasise that this case study is not comprehensive. First, I don’t remember everything; and second, I believe I have much yet to discover.

This is my personal story, and while my experience may resemble someone else’s to some degree, everybody – autistic people included – is different.

I have been lucky that during my life I’ve encountered numerous people who seemed to recognise some potential in me, and who have understood and accepted me for who I am. Not everybody is this fortunate, which is another reason why I feel it is important to speak up about autism.

On a humorous note, when I received the written report of my diagnosis, I saw that my formal Asperger Score is 42 (out of 50). It took me a few minutes for the penny to drop – this is the answer to life, the universe and everything in The Hitchhiker’s Guide to the Galaxy!

Worried you might have Asperger’s? Harley Therapy connects you with top counselling psychologists in central London locations. Not in London, or even the UK? Have a chat with an experienced counsellor over Skype using our booking platform.

Have a question about living with Aspergers, or want to share your own experience? Use the public comment box below.

2 Responses to ““My Life With Asperger Syndrome” – A Case Study”