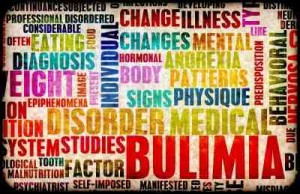 Eating disorders are mental health conditions that can take over an individual’s life, or, in the worst cases, lead to death.

There is also a growing understanding that there are many other types of disordered eating such as Night Eating Syndrome (eating more than half your calories late at night) and chewing and spitting out all your food. This has led to the term EDNOS, Eating Disorder Not Otherwise Specified. EDNOS also includes situations where you have partial symptoms of anorexia or bulimia, such as refusing to eat but still being a regular weight.

The signs and symptoms of an eating disorder vary depending upon the type and severity. Many who struggle with issues involving food and proper nourishment have thoughts centred upon food, agonise over what to eat, and exercise until exhaustion Feelings of embarrassment, unhappiness, hopelessness, low energy, and anxiety are also common.

Because these mental health conditions affect the body’s nourishment, they often create side effects that are dangerous to physical health. Physical symptoms caused by eating disorders include, but at not limited to, irregular heartbeats, low energy, problematic digestion and dizziness. The more severe and long-lasting an eating disorder is, the greater chance of experiencing health complications such as heart disease, bone loss, stunted growth, kidney damage, severe tooth decay and more. Below are the common signs and treatment options for the most prevalent eating disorders.

Anorexia Nervosa: Obsession with food and being thin; in extreme cases self-starvation can lead to death. Signs and symptoms may include, but are not limited to, the following:

Bulimia Nervosa: Typified by bouts of bingeing and purging. Individuals who suffer from this disorder eat large amounts of food in a short time and then try to rid their body of it via vomiting or exercise. One can have a “normal” or even an above “normal” body weight and suffer from Bulimia. Signs and symptoms may include, but are not limited to, the following:

Binge-eating Disorder: The regular eating of excessive amounts of food. Frequently eating when not hungry or to the point of being uncomfortably full. Periods of excessive eating often trigger diets or healthy eating attempts afterwards; when these attempts fail the cycle of unhealthy eating begins again which in turn triggers further attempts at healthy eating and new diets. Signs and symptoms may include but are not limited to the following:

Just because you aren’t an exact match to any of the above disorders does not mean you do not suffer disordered eating. If you have some of the symptoms but not all, you might have EDNOS, which is an umbrella term that includes having most but not all of the symptoms of anorexia and bulimia, having mixed features of both, or having a different, atypical eating habit entirely. This includes:

Causes: As with other mental health conditions, the exact causes of eating disorders are not known. However, they are believed to be caused by a combination of factors including genes, other pre-existing psychological issues, and cultural or social influences.

The course of treatment depends upon the type of eating disorder one struggles with. Treatment typically involves psychotherapy, nutrition education, possible hospitalisation, or the use of medication. Psychotherapy can help improve your relationship with food and help you gain more control over your emotions. Cognitive Behavioural Therapy (CBT) is used often for eating disorders because of its effectiveness in addressing the symptoms and causes of the disorders. For those who suffer from an eating disorder during their childhood or adolescence, Family-based therapy can also help to address issues which may have caused the eating disorder.

For those underweight, weight restoration may be the first goal of your treatment plan. Dieticians and medical providers can help create proper diets to follow to restore health. Those who suffer from binge-eating disorder might benefit from a medically supervised weight loss program. In extreme situations where an eating disorder poses a serious risk to one’s health, hospitalisation may be required. Treatment may take place in a medical or psychiatric ward, or a specialised clinic that treats eating disorders. There are also day programs to treat issues surrounding eating as opposed to full hospitalisation.

Some medications may be used in the management of emotions and compulsive behaviour to help control difficult symptoms. Antidepressants and anti-anxiety medications are frequently used to treat eating disorders. The use of drugs is not required for every case, but certain individuals may benefit from their use.

Finally, if you or someone you know is, or may be experiencing, an eating disorder it is important that you seek the assistance of a trained medical provider who can provide further information, treatment, and support for eating disorder counselling.

Was this article about recognising the signs of an eating disorder helpful for you? Share it. Have a question? Comment below, we are always happy to hear from you.