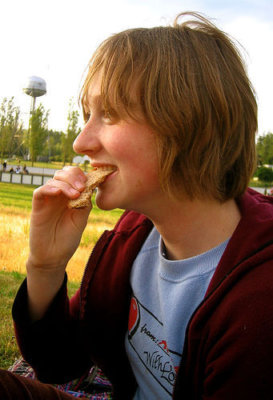 A piece of chocolate can give you a burst of energy that has you feeling more positive, and anyone who has experienced indigestion knows that food can alternately be the cause of much misery.

Can what you eat be the direct cause of depression?

Scientists have in the last few years released intriguing research showing a surprising relationship between the state of our guts and the brain.

It is a complicated process that is only beginning to be understood, but essentially, the gut has pathogenic microorganisms called ‘microbiota’ living in it which communicate with the brain, releasing neurotransmitters just like neurons do.

And these microbiota play a big part in the regulation of the immune system, which is triggered by chronic stress. In a nutshell, the body sees stress as an attack and treats it like any other form of sickness, creating an inflammatory response to protect itself. The problem is, if this inflammatory response is triggered too often (such as by chronic stress) then it can help cause other conditions, such as high blood pressure, colitis, and, you guessed it, depressive disorders.

So could the microbiota be affected so that they did not cause an inflammatory response? Could a change in the levels of microbiota in the gut affect levels of things like mood disorders? It’s suggested that ongoing clinical studies about the connection between microbiota and the gut may provide new approaches for preventing mental illness, including anxiety and depression. 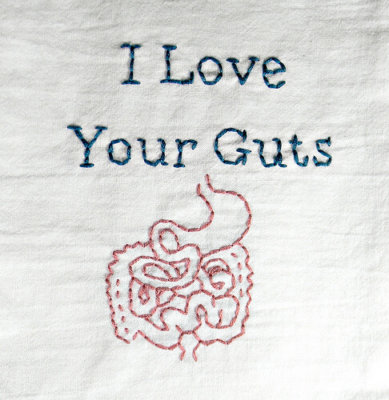 Exciting as this research is, the conclusion cannot be made that food is directly to blame for depression. The reactions of these ‘gut neurotransmitters’ are very tied up with the body’s stress mechanisms, as well as a complex balance of other things being present in the gut, including parasites. And studies have only been done thus far on rats and mice, not humans.

But it does seem to show that the better condition your gut is in, and a good diet inevitably leads to a healthier gut, the better your chance of being psychologically healthy. It is one more huge and convincing flag for the camp of healthy eating to fly.

Note that the studies inadvertently show how important it is to lower your stress levels. The more you manage your stress, the less need one would imagine there is for the microbiota to have to manage the immune system in the first place.

So don’t plan to replace your counsellor or psychotherapist for a diet of broccoli and probiotics just yet – they remain one of the best ways to identify and manage psychological stress.

If the above science isn’t for you, then consider this logic – even the happiest person is bound to feel low if they are physically uncomfortable or exhausted all the time, and consistently making poor choices when it comes to diet has the power to cause both these states.

Here are the confirmed ways a poor diet can contribute to making you feel miserable in the long-term:

Low blood sugar. If you don’t eat enough, eat too infrequently, or are not eating enough protein, you will suffer low blood sugar levels that leaves you feeling tired, anxious and irritable.

Nutrition deficiencies. We all need certain minerals and vitamins for our bodies to function well. If you are eating a limited or non varied diet, or foods that are nutrient weak like fast foods, it can leave you fatigued, dizzy, and constantly acquiring colds and the flu.

Dehydration. Eating fast foods that are high in salt alongside caffeinated beverages, and not drinking enough water, can leave you dehydrated, which means you might find it hard to concentrate.

Stomach pains. An unbalanced diet which is low in fibre can lead to constant stomach cramps and pains.

So are you saying a healthy diet can cure my depression?

It is not being suggested that food that can magically ‘cure’ an illness as complicated and individual as depression. 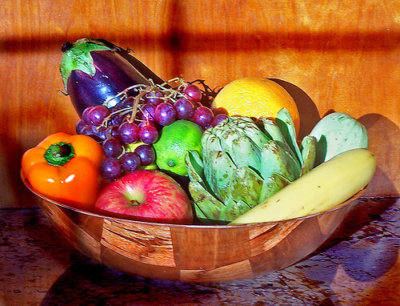 But food can be part of an overall treatment plan for better moods. Better eating can help stop the negative thinking that feeling tired and sickly can bring. And a good diet increases your energy levels, meaning you are more likely to achieve what you want to in life, which raises both self-esteem and life purpose.

Choosing foods that are good for you also lets your unconscious know you are invested in self-care, again raising your sense of worth.

A healthy diet is important enough to your psychological wellbeing the NHS now recommend an ‘energy diet‘ to fight fatigue. The diet is actually quite achievable, and includes:

But the more depressed I feel, the harder it seems to eat well…

The emotional highs and lows of depression do make logical choices like eating healthy more challenging. Depression causes foggy thinking, for starters. It also comes hand-in-hand with low self-esteem, which can drive you to be self-destructive.

Bingeing on unhealthy food until you feel stoned and numb or hardly eating enough to survive on are both forms of self-destructive behaviour that come from the core beliefs that you don’t deserve to be treated with respect.

So the more depressed you are, and the more you could benefit from healthy eating, the harder it might be – yes.

But there are ways to improve eating even while depressed. For starters, recognise that when you are depressed it is not the time to beat yourself up for eating too many biscuits. Criticism just makes taking any action at all harder, so go easy on yourself.

Then aim for small steps over big ones. Can you focus on one meal each day being healthy, then let yourself off the hook about the rest? Or stop panicking about what you need to cut out, and instead add something in – a cup of raw vegetables a day without judging yourself that you ate cake for breakfast? Or can you try exercising as a counterbalance? Exercise is now proven to improve your mood.

These little changes will have an effect on your self-esteem, which, over time, can help you to make other positive choices and also lead to you feeling better about yourself. You might find that you begin to naturally make better food choices without having to force yourself but because you want to.

If you can’t seem to stop heavy bingeing, or days without eating, do talk about it with your counsellor or psychotherapist. Sometimes just admitting to it can feel a great relief that can lessen episodes (self-destructive eating thrives on secrecy). And your therapist will be able to identify if your issues are bordering on an eating disorder that requires further support.

Do you have a secret for eating better even when depressed? Share your advice below.

One Response to “Food and Mood – Is Your Diet Making You Depressed?”