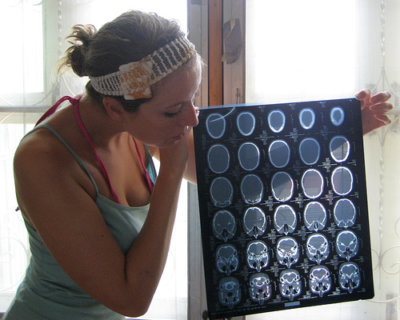 Is your once affectionate son now a surly person who loathes to exit his bedroom? Your calm and reliable daughter you enjoyed shopping trips with suddenly hyper and daring and refusing to be seen with you?

If your teenagers suddenly seem like a different species, you just might be right – at least as far as their brains are concerned.

Against a backdrop of hormonal changes and physical growth spurts, the teenage brain is also growing and changing.

Recent findings show that the teen brain is even more “under construction” than previously thought. From childhood on, massive growth takes place, especially in the prefrontal cortex, the part of the brain which governs attributes like planning, problem solving, decision making, social skills and empathy.

A study done at the University College London (UCL) scanned the brains of around 200 young female volunteers as they worked to think through the alphabet at the same time as deciding if certain letters were curved or not. The study showed unexpectedly high amounts of activity in the prefrontal cortex of many of the participants, the area of the brain which deals with decision making and multi-tasking.

This lead the study to conclude that teenage brains are still working very hard to process information, and are in this way more like the brains of young children than adults, as previously thought.

So now you have a reason for why your teenager might struggle with decisions, find focussing difficult, and doesn’t always foresee the consequences of their actions.

I Can’t Help It, My Teenage Brain Likes Risks… 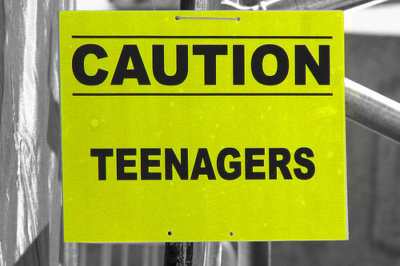 The predilection of teens for risky behaviour keeps many parents up worrying at night. Why would someone with a whole life ahead act so recklessly?

The publication Developmental Neuroscience devoted an entire edition to trying to answer this question, especially when it comes to teenage boys. Called “Teenage Brains: Think Different?” the edition looked at no less than 19 separate neuroscience studies.

The teenage brain reacts to threat differently then that of children or adults. Magnetic resonance readings found the brains of teenage boys to be very sensitive, responding to threat even if told not to.

And punishment doesn’t affect the brains of teenagers as much as it might have when they were children. One study showed that teenage boys showed very little brain reaction to the idea of punishment but conversely were extremely responsive to the idea of large gains. Hence your teenager might do something silly if they think they can win something!

And why is your teen so fearless? One of the studies found a molecule that is vital in encouraging the brain to create fear in the face of danger was far less active in the brains of male teenagers.

So more sleepless nights ahead, then…. 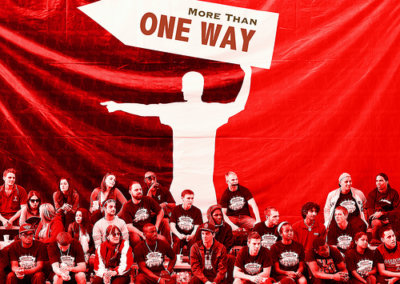 If you’ve ever felt that your teenagers peer group is making them more risky when it comes to chosen behaviours, you might be right.

The Institute of Cognitive Neuroscience, again at UCL, did another study that looked at the effects of peer pressure on risk taking behaviour. The study asked young people aged eight to 25 and adults aged 26 to 59 to assess risk in various scenarios.

All of the groups were able to spot danger and reasonably assess risk, and adolescents’ ratings were similar to adults.

However, when shown how others in their age group rated the situations, adolescents were far more likely than adults to revise their own answers to agree with group opinions . The willingness to accept others’ ideas peaked in early adolescence (ages 12 to 14) but remained a significant factor until adulthood.

Why Can’t My Teen Get His or Her Priorities Right?

Teens can be constantly perplexing for parents with their inability to realise what must be a priority. They will stop to post something ‘important’ to Facebook even when they will miss a train, or think it’s more urgent to wash a stain they just got on their sweater when someone is at the door ringing the bell.

Part of this might be to do with the development of the teenage brain. Studies done at the University of Pittsburgh by Dr. Beatriz Luna found that while teenagers can have exert control over their behaviour like an adult, they are more limited in their ability to exert control consistently. When asked to immediately look away from a light that randomly appeared on a screen in front of them, teens managed to do so about 70 per cent of the time, as opposed to the 90 per cent achievement rate of adults in the study. This was so despite the fact that they found the prefrontal cortex of teens wasn’t that much different than in adults.

Why do teens not maintain control? It’s thought to be down to the attraction of immediate gratification that teens have. In other words, their brains are less able to resist reward.

This might also be part of the reason why teens struggle to change behaviour long after it has stopped serving them. A study at the University of Iowa rewarded teenagers and adults for selecting red and green rings out of a screen of different rings. When the game changed to being rewarded for selecting diamonds instead, with the red and green rings as decoys only, the adults quickly adjusted to find the diamonds. But many of the teens continued to select the coloured rings. Even if the reward was gone, researchers found the teens acted as if it was still there, which the researchers feel shows that the teenage brain has a stronger association with rewards than an adult one.

So How Can You Help Your Teenager? 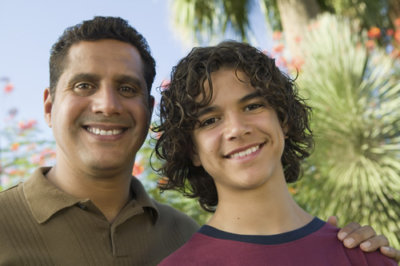 The studies above show that punishment is not the way to go when it comes to teenagers. So what can you do to ensure your teen stays out of trouble?

Use rewards. Let your teen’s drive for rewards work to your advantage. The rewards system helps establish positive, character-building habits like finishing assignments, volunteering to help others, and working up to potential. It’s not about saying they can have a reward if they are ‘good’. This won’t trigger their brain into action and it’s based around a judgement on their behaviour that can lower their esteem and make them rebel against being judged. Make the rewards positive and exact – if you do this, you get that. If you mow the lawn, as a thank you, you can borrow the car.

Ensure sleep. It’s estimated that only 15% of teens get the sleep they require, and sleep deprivation can exacerbate all the other challenges of the teenage years, including mood swings, difficulty concentrating, and behaviour issues. The average teen needs 8.5 to 9.5 hours of sleep a night. Teens can have a circadian cycle that does not match yours, so try to let them have a lie in on the weekends if they need it.

Know the pack. Your teen’s brain is wired to need peer group acceptance. This makes it doubly important for you to know who that peer group is. Meet your child’s friends, listen to what he or she says about them, and if at all possible meet some of the parents as well.

Offer your time and attention. No matter what age we are, we all thrive when we know we are loved and care for. Remember one of the best rewards you can give your teenager is the understanding they are appreciated for who they are. Although teens can seem like they don’t want to spend time with you, see if it’s more as you haven’t adjusted your viewpoint of what spending time means to them. Ask them what they’d like to do, and be open to trying new experiences with them.

Could Counselling Help My Teenager?

The teen years are also a time when stress, the social challenges of school, and identity issues can take their toll. So don’t just blame your teenager’s changes of behaviour on their changing brain. Keep a real eye out for the signs of depression and anxiety.

If you are worried your teenager might need help, approach it gently (read our guide to how to tell a loved one they need counselling first!). But absolutely do consider helping them seek support.

Sometimes a teenager finds it hard to talk to parents and loved ones, and the counselling room can be a breathing space where they can trust someone who is impartial to what is going on for them.

And don’t overlook therapy for yourself, too. Sometimes the best thing a parent can do for their child or teenager is deal with their own stress and issues.

Still have a question about your teenager’s brain or behaviour? Post it below.